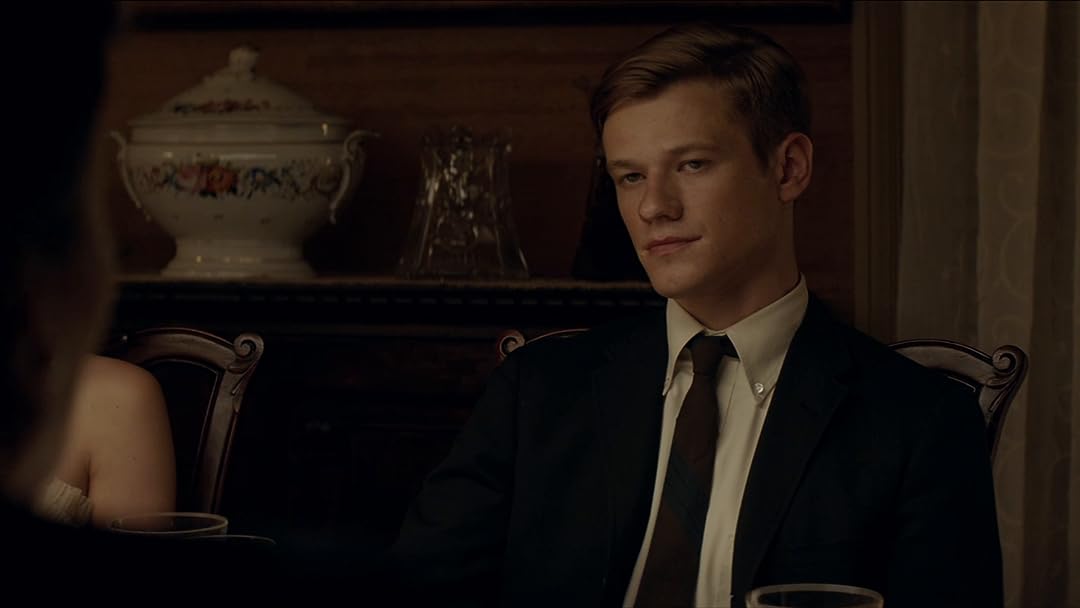 Son of the South

(2,014)
6.01 h 45 min2021X-Ray18+
A grandson of a Klansman comes of age in the deep south and joins the Civil Rights Movement. From executive producer Spike Lee and based on Bob Zellner's autobiography, "The Wrong Side of Murder Creek"

Rex DeanReviewed in the United States on February 9, 2021
5.0 out of 5 stars
A moving portrait of a civil rights ally, history worth knowing
Verified purchase
Well written, well cast, well directed, well acted; not a false note, which is rare in biopics. The reason we need movies like this is because (some) white people need training on how to be decent human beings. Racism is not a black problem -- it's a problem for black people, but they didn't create it, and they can't "solve" it. Civil rights, today's black lives matter, needs allies everywhere, until everyone are allies. I think the reason a film like this one, or like "Schindler's List", is so powerful is that if one group is so regularly dehumanized and degraded, it's "normal" (not dramatic) for them to suffer, or resist, but (almost) nobody cares about these "out" groups, whereas it's not normal for the apparent persecutor to switch sides. This isn't one of those films that suggests the black experience can best be appreciated through a white lens; instead, it suggests one way white-created racism can be appreciated for the ugly thing it is is through the white racist lens -- and this is a film about white racism as much as civil rights. When people in the film are so surprised that Bob Zellner is not an outsider (they assume he's a "northern commie Jew" agitator) but an insider, one of them, a good ole boy, it really brings the point home. The film makes clear that it takes far less courage for the protagonist to take part in a protest -- being blonde and blue-eyed, he can usually walk through a riot unharmed as if by magic -- than it does for the black people being beaten, but all the Movement needs is for SOME white people to exhibit SOME courage. Black people don't, by themselves, have nearly the legal, financial, legislative power needed to undo all the injustice, the racist laws and institutions, that persist to this day. As Malcolm X said, the South starts at the Canadian border, and "Son of the South" is a call to us other sons (and daughters) of the South to wake up, take up the civil rights cause as our own cause, and rally and canvass and protest and vote and work to build communities -- do things to actually feel proud of -- because the alternative presented by our modern-day racists, the "Proud Boys" and Capitol rioters, is just as ugly and stupid as it was 60 years ago. "Son of the South" doesn't suggest Bob Zellner is a hero (although compared to most of us he certainly is); instead, it honestly portrays a one-time racist from a long line of racists, who is trying to become a decent human being. It's a subtle thing, and makes the movie well worth watching.
28 people found this helpful

MichelangeloReviewed in the United States on March 5, 2021
1.0 out of 5 stars
Racist in its outcome
Verified purchase
Just offensive. Not only did they do another white savior movie that made blacks supporting characters in their own Civil rights struggle and the movement that blacks created! Most offensively they threw in a fictional Asian savior, also. Why? To be all inclusive in the black Civil rights struggle? Why not other races, too?

Why do white men in power think blacks are incapable or less interesting to tell our own stories? Instead they show a white point of view and perspective? It's insulting and racist. The Asian guy addition was just over the top offensive.

Boggles my mind how tone deaf and chopping this movie is.

KathyReviewed in the United States on February 6, 2021
4.0 out of 5 stars
Definitely Worth Watching
Verified purchase
The best movie in the world? No. But definitely worth watching. Having grown up in Alabama, I can attest to the authenticity of the feel of the movie. Even the way the riot scenes were shot in a way that didn't produce overwhelming shock during the movie narrative itself was, in fact, AUTHENTIC. Because even people who watched what was happening at the time and KNEW things were not as they should be had a hard time being shocked at the violence, given the environment they were in. We are now able to project that shock onto what was happening in 1961 from our place in 2021. If you understand that, then it makes it a different conversation as to why entire populations of people didn't rise in protest at what was clearly horrible repression. That's why we all need to watch this movie, and with an eye toward examining where we ourselves have lacked courage, failed to be shocked, taken the "safer and more reasonable" route. The conversation in Bob Zellner's head is more nuanced and harder to access than the riot scenes--but it's there if you look for it, and it's definitely worth looking for.
15 people found this helpful

LaurieKateReviewed in the United States on February 6, 2021
5.0 out of 5 stars
Set in the past, yet the message still applies today
Verified purchase
Though it wasn't the best movie I've ever seen, I still wanted to give it 5 stars because I think the message it sends is extremely important and should be supported and spread to those who're willing to listen and especially those who aren't.
I found Bob Zellner's perspective interesting to say the least and thought Lucas did any amazing job portraying this role. I loved the relationships and dynamics between all of the characters, even the ones that made me want to punch something.
There are obviously other ways to learn about this topic, but I think it's important to take in many different perspectives as well. So, was it the multi-million dollar, award winning film, no. But it sure can make an impact if you let it and I would definitely recommend taking the time to watch it and reflect on it, if you can.

MalibluReviewed in the United States on September 9, 2021
5.0 out of 5 stars
Good movie
Verified purchase
I'm so happy I watched this movie without reading the reviews first. Alot of you need to look in the mirror and ask who the real racist is here. The story was about a white boy that stood up to his kkk grandaddy and fell in love with a black girl while protesting for the rights of the black community yet here you sit still calling it racist... mind boggling to say the least. Nobody was trying to take away from the Civil Rights Movement that the black community started they were simply showing a true story involving a man that stood up to his own kind to support the ideas and movement that all men are created equal and deserve that equality. Take a seat and figure out where your hatred truly comes from this man did more for the black community than some of the blacks during that time he doesn't want anything from you except for you to be able to live a free and prosperous life. And those of you hating on the Asian in the movie need to seriously figure out who your calling racist because the only racist I see is you.
4 people found this helpful

ABMEReviewed in the United States on February 15, 2021
5.0 out of 5 stars
Wonderful Movie, Impressive Man
Verified purchase
Bob Zellner spoke at my company in honor of Black History Month and I watched the movie to learn more about his actions and life. Reading his book is next. It's really impressive to learn of people who answer "the call" to participate in something bigger than themselves, and on the side of Right.

Were we all so selfless and staunch in the pursuit of equality and being good humans (not promoting hate), this world would be very different.
6 people found this helpful

Donn SwabyReviewed in the United States on February 12, 2021
5.0 out of 5 stars
Compelling Slice of U.S. History From an Unusual Point of View
Verified purchase
In this film, segments of real-life footage are interwoven with scripted scenes, lending an air of authenticity.

The actors all did a great job, especially the leads; Lucas Till and his co-lead, Lex Scott Davis had great chemistry in their scenes together. The late great actor Brian Dennehy was effective and chilling as a small-minded, small town bigot.

The story was very engaging in showing how a Caucasian young man with a good heart (having him move the turtle off the road in one scene was a nice character reveal) answers the call to be a part of something much bigger than he is, to find his true courage and strength of character. I definitely wanted to learn more about this man after watching the film.
4 people found this helpful

RE MillerReviewed in the United States on March 25, 2021
5.0 out of 5 stars
A great read and understanding of inner conflict of a clear consciences.
Verified purchase
I enjoyed the read due to being based on a true story of a young college student who did exist, name and activity is documented. I was please to see the young man take his strong beliefs and practice them regardless of his family, friends and society bigotry and disstain for the freedom and equal rights of those whose complexion was darker and their inferiority complex towards their fellow human beings.
5 people found this helpful
See all reviews
Back to top
Get to Know Us
Make Money with Us
Amazon Payment Products
Let Us Help You
EnglishChoose a language for shopping. United StatesChoose a country/region for shopping.
© 1996-2022, Amazon.com, Inc. or its affiliates