Songbird at Midnight (A Lochlan Nohr Novel Book 1) and millions of other books are available for Amazon Kindle. Learn more 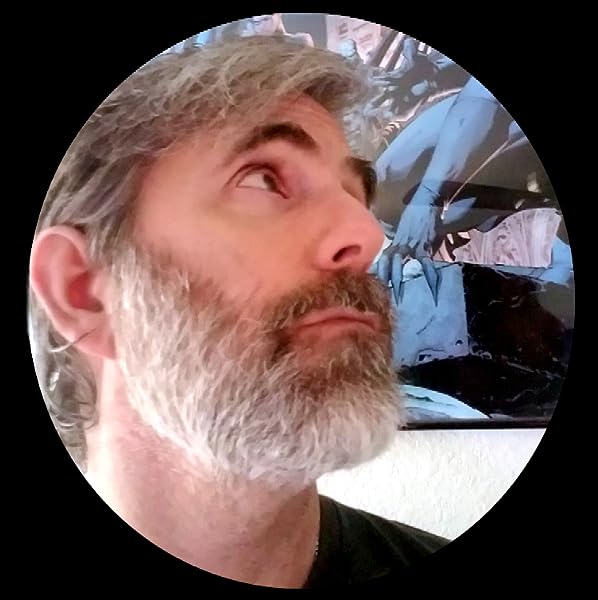 Start reading Songbird at Midnight (A Lochlan Nohr Novel Book 1) on your Kindle in under a minute.

4.2 out of 5 stars
4.2 out of 5
16 global ratings
How are ratings calculated?
To calculate the overall star rating and percentage breakdown by star, we don’t use a simple average. Instead, our system considers things like how recent a review is and if the reviewer bought the item on Amazon. It also analyzes reviews to verify trustworthiness.
Top reviews

C. William Sandberg
5.0 out of 5 stars A stellar novel with delightful twists and turns!
Reviewed in the United States on March 2, 2020
Verified Purchase
This is an Urban Fantasy novel that avoids many of the pitfalls of the genre, though I was worried at first that the MC (Lochlan Nohr) was a heavy Gary Stu type MC. All the ladies like him, and he doesn't seem to be bad at anything. That ends up having a sensible reason for being the case, though, and later in the story, he certainly doesn't have all the answers and he gets in over his head. Lochlan ends up being a relatable character with no small amount of empathy.

The novel begins as though it might be a crime novel or a thriller, but before Lochlan (or the reader) knows it, the fantasy aspects gradually accumulate until even the shape of the world is in question. I'm a big fan of how certain characters are presented at face value at first, only to acquire a completely different reality later in the story that both makes sense, but has never been obvious. The world is presented in first person, so the reader only unravels the deeper meanings as the character does, and I'm already wondering if—should I go back and reread the opening half—there might be some little clues that would have given away those deeper meanings had I been looking for them.

I need to be frank about something else. My life has been almost impossibly busy and many indie novels I've begun have been DNF'd because they just aren't good enough or compelling enough to keep reading. This novel bucks that trend. There's action early on, but not so much that you're being asked to care about people you don't know. To me, the build is perfect, and by the time you get to the halfway point, the book has so much momentum that I absolutely had to keep reading. This is probably the first book I've finished reading this quickly.

C.
VINE VOICE
1.0 out of 5 stars Definitely pass on this! Very boring, horribly unlikeable main character, racism. Barely finished.
Reviewed in the United States on May 12, 2020
Verified Purchase
As I was reading the story, I noticed that it was just plain boring. There were situations that could have been exciting but they all just fell flat. The story line just really wasn't great.

Another thing I noticed was that the characters were all flat. Very one-dimensional. They just lacked depth. Even the actions and events they were involved in weren't exciting at all. Honestly, I just had to skim through a majority of it. I would have refunded this immediately if I had paid for it, but I got it free.

Even free can't turn this into an enjoyable story. Sorry. I should have paid more attention to the one star review.

Its kind of unthinkable that this book has so many good reviews. I found the Goodreads page and it was way more accurate for this book. I think all the five star reviews are from the author's friends and family and they didn't want to tell him how much his book sucked. Someone should have told them they would be doing him a favor.

Its like the author couldn't really come up with his own storyline, so he rolled up all the conspiracy theories he could think of and plopped them right in the storyline. Didn't work. He did the same with the characters ethnicities, they are all just token characters to play off the extremely arrogant, extremely terrible main character. That didn't work either.

I hate leaving negative reviews and I wish I could even bump this up to two stars...but I just can't. This author is a pass from now on.
Read more
3 people found this helpful
Helpful
Report abuse

B.T. Smith
5.0 out of 5 stars Cool characters and magic and plot twists, oh my...
Reviewed in the United States on April 12, 2020
Verified Purchase
At first, I wasn't entirely sure what kind of book I was going to get into. I could tell from the cover art and the tag line it'd be some kind of thriller, maybe with a bit of ol' fashioned noir detective work throne in. Well, it's definitely a thriller, and there's definitely some detective work, but then you add in a big heaping tablespoon of magic, mayhem, and gunplay and you've got a story that takes hold of you in the first few chapters and doesn't let go until the end.

Lochlan Nohr isn't your typical urban fantasy detective hero. He's a band leader, and he and his boys and girls are about to score the record deal of their lives. Only things go a little sideways when he finds out a friend of his has gone missing, and the police have no leads. He sets out to find her, and finds himself mired in a situation much bigger than just his friend and her kidnappers. He enters a world of magic, a world that's in the opening act of a great war between good and evil, and he has a part to play in that.

I can't say too much more without spoiling it, so strap in and expect a mighty good ride through the whole story. I will say that my two favorite characters in the whole story are Fan and Sophie. Loch's cool and he's the protagonist so he's on up there, but Fan and Sophie stole the show. Looking forward to the sequel!
Read more
One person found this helpful
Helpful
Report abuse

Impact Improver
5.0 out of 5 stars Page Turner
Reviewed in the United States on March 2, 2020
Verified Purchase
Highly Recommend! This writer knocked it out of the park with his first novel!!! He is a fantastic storyteller with a talent for creating new worlds. It is a “page turner!”

(note to the author: hope you are planning to release a series of books. You’ve got a fan.)
Read more
2 people found this helpful
Helpful
Report abuse

Jessica Dunnivan
5.0 out of 5 stars A surprise around every corner!
Reviewed in the United States on February 24, 2021
Verified Purchase
I sincerely enjoyed this hero’s origin story! It was super subtle with where it was leading, which is rare to find in books today. I’m usually always guessing where the plot will lead, but not with this book! It kept me guessing the entire way through. A surprise was around every corner, and it wasn’t until I re-read it that I was able to find the hints and foreshadowing the author hid in there all along. Looking forward to the next book of the series!
Read more
Helpful
Report abuse

Maximillian Guglielmelli
5.0 out of 5 stars Awesome author
Reviewed in the United States on May 2, 2020
Verified Purchase
Great book!! I actually landed in San Antonio and then bought the book!! Didn't know it was going to take place in Texas!
Read more
One person found this helpful
Helpful
Report abuse

Anonymouse
1.0 out of 5 stars Nope
Reviewed in the United States on March 4, 2020
I thought this was a fantasy novel but except for some sudden and random empathic abilities and and a confusing story about the main character’s birth, this was a contemporary yawnfest featuring Gary Stu.
Read more
10 people found this helpful
Helpful
Report abuse
See all reviews
Back to top
Get to Know Us
Make Money with Us
Amazon Payment Products
Let Us Help You
EnglishChoose a language for shopping. United StatesChoose a country/region for shopping.
© 1996-2021, Amazon.com, Inc. or its affiliates