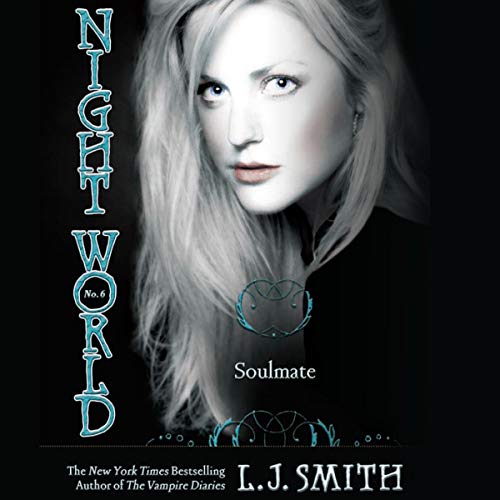 L. J. Smith (Author), Kate Rudd (Narrator), Brilliance Audio (Publisher) & 0 more
4.7 out of 5 stars 116 ratings
See all formats and editions
Sorry, there was a problem loading this page. Try again.
Hannah Snow's life was so together. Friends, terrific grades, dreams of a career in paleontology. Everything was perfect...until the notes started appearing. Notes in her own handwriting, warning her of the danger that was coming. Dead Before Seventeen. The psychiatrist was supposed to help. But what came out of the age regressions were memories of another time, another life. And of a stranger who tore her world apart...a vampire who killed a village in his rage. Until, in the eyes of a dying human girl, he recognized his soulmate. Now the stranger is back. He has searched for Hannah throughout the years, trying to make amends, waiting for her to be born. Now he is Thierry, the Lord of the Night World -- and nothing in heaven or hell will keep him from his soulmate again. But if her destiny is death, can even Theirry's love protect her?
Read more
©2010 L.J. Smith (P)2010 Brilliance Audio, Inc.
Previous page
Next page

Hannah Snow has the perfect life - she's about to graduate from high school, she already has a college scholarship, and she even knows that she wants to be a paleontologist. But her perfect life starts to collapse when she finds notes that she doesn't remember writing, warning her of a dire event - "Dead Before Seventeen."

Increasingly disturbed by the notes and bad dreams, Hannah visits a psychiatrist. On her very first appointment, a werewolf crashes into the building and tries to attack her, but a mysterious voice in her head helps her dodge each claw swipe. She's saved by the arrival of a second werewolf, who chases off the first.

Knowing that she has to get to the root of what's going on, Hannah and the psychiatrist try hypnosis, and she's plunged into a vision of a past life, where she was Hana, and a strange boy with blood around his mouth appears in her village...

Thierry is one of the oldest vampires in the world, created at the dawn of humanity. He's spent his lifetime searching for his soulmate, trying to find her before her 17th birthday so he can break a cycle of death. But when he finds her this time, she doesn't want his help...

"Soulmate" is my favorite Night World book. Coming 6th in the series, it exemplifies the soulmate principle Smith has used in each previous book, because Hannah and Thierry are the original soulmates. Hannah's past lives are a great plot device, because it allows Smith to give her lots of growth and abilities; and I really enjoy the stories of her past lives. I wish Smith had done more with that, she alludes to some interesting incarnations of Hannah but only fills in a few. Like other Night World heroines, Hannah's no wilting flower and she does take matters into her own hands when she needs to. Also in "Soulmate" Smith starts to introduce a bigger theme if classic theme, saving the world, and it'll be interesting to see where she takes it.

If you read any of the other in the Night World series, this book will also give a good update on what your favorite couples are up to, and what they are trying to do.

VampireNovelFan
5.0 out of 5 stars The Vampire ones are the best!
Reviewed in the United States 🇺🇸 on November 30, 2011
Soulmate is book 6 of the Night World series. It centers around Hannah and Theirry. Hannah's a great student and well rounded with dreams of becoming a paleontologist. Everything seemed normal until she starts noticing messages written in her handwriting foreshadowing her death--before seventeen. She seeks help with a psychiatrist, but through therapy she gets visions (or are they memories) of former life in another time...and of a vampire (Thierry) who realized he loved her too late. Fast-forward to now as Thierry is still alive and rules the Night World. Encountering Hannah, he realizes she is his soulmate reincarnated. He doesn't plan to lose her this time.

While I have to admit that the first book, Secret Vampire, was my favorite for the vampire-focused stories of this series, I really did enjoy soulmate as well. I like that this series has its complications and the happy endings aren't always conventional or orthodox. This book was no exception. I thought the resolution was fitting.

Like the other Night World books, we meet former characters from previous installments. I was thrilled to see Poppy and James (from book 1) make a cameo since they are still probably my favorite story, but this is definitely a solid second.
Read more
2 people found this helpful
Helpful
Report abuse

Deidre Huesmann
5.0 out of 5 stars A Timeless, Heart-wrenching Love
Reviewed in the United States 🇺🇸 on January 12, 2008
This is, by far, the most romantic book I have ever read by L.J. Smith.

We're introduced to Hannah Snow, a human girl from Montana, in the midst of seeking therapy. She's finding notes written in her own handwriting, but she can't recall writing them. And they're such strange notes, too, such as, "Dead before seventeen."

We learn Hannah is an Old Soul--a human who has been reincarnated over and over again. We're also finally introduced to the depth of a huge Night World figure we got a glimpse of in Secret Vampire, the first book: Thierry Descoudres. And, of course, Thierry is Hannah's soulmate.

What follows is a twisted tale of love, betrayal, misconceptions, and lies which span all the way back to the prehistoric ages. Hannah was once Hana, and Thierry was once Theorne, of the same tribe as the legendary Maya and Hellewise.

And who should want Thierry so much as to kill him but the first, original, and strongest vampire: Maya.

There were some minor things L.J. Smith doesn't cover--such as, being the first vampire, how Maya knew Thierry (the first made vampire) wouldn't be able to have children, before she had even turned him. But suspending those questions, these characters are so real and solid and warm (or cold, depending). You FEEL Thierry's pain when Hannah hates him, and you can't help but admire Hannah's desperation to put things right near the end, so that she puts her life in danger.

This was just before the Wild Power stories began, and turned out to be good in allowing L.J. Smith to tap into her emotional side. Her characters are always solid and believable, but this was the first time she had my heart absolutely hurting for these characters.

Forget Ash and Mary-Lynnette--Thierry and Hannah's situation is much more intriguing, far more realistic, and grabs a hold of your emotions and refuses to let go until the very last page.
Read more
One person found this helpful
Helpful
Report abuse
See all reviews

Kindle Customer
5.0 out of 5 stars Wow
Reviewed in the United Kingdom 🇬🇧 on May 2, 2018
Verified Purchase
Amazing book to read cant wait to read some more. Roll on buying the next book in the next week.
Read more
Report abuse

S W
3.0 out of 5 stars Three Stars
Reviewed in the United Kingdom 🇬🇧 on February 12, 2015
Verified Purchase
They are good books for a very easy read.
Read more
Report abuse