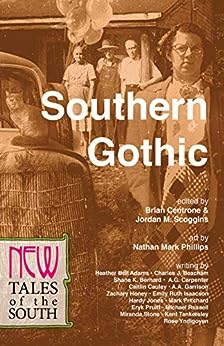 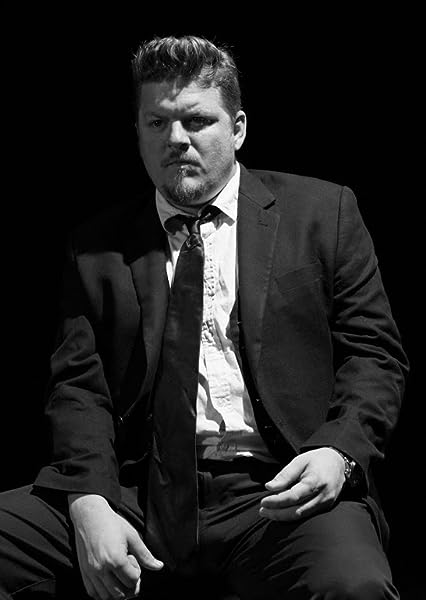 by Charles J. Beacham (Author), Hardy Jones (Author), Rose Yndigoyen (Author), Miranda Stone (Author), Eryk Pruitt (Author), Heather Bell Adams (Author), Emily Ruth Isaacson (Author), Mark Pritchard (Author), Shane K. Bernard (Author), Nathan Mark Phillips (Illustrator) & 7 more Format: Kindle Edition
Part of: The NEW Series (4 books)
See all formats and editions
Sorry, there was a problem loading this page. Try again.
Southern Gothic: New Tales of the South is an anthology like no other. Featuring over 15 stories and poems by new and veteran authors, the writing reflects a diverse range of Southern experience. From the post-Katrina New Orleans of Rose Yndigoyen’s “Long Gone Girls” and the deep-rooted family of Hardy Jones’ “Visitin’ Cormierville” to the racial tension of Eryk Pruitt’s “Them Riders” and Shane K. Bernard’s “The Phrenologist,” the anthology represents a new interpretation of the long-established Southern Gothic genre. Each story is paired with original art by Nathan Mark Phillips. Phillips’ images pull at the underside of the stories and bring a thoughtful level of interpretation to each work. Poking at the heart of Southern distinctiveness, these writers and artists make a bold statement about the south in the 21st century.

Next 4 for you in this series See full series
Total Price: $32.96
Books In This Series (4 Books)
Page 1 of 1Start OverPage 1 of 1
Previous page
Next page
The NEW Series
Charles J. Beacham
Kindle Edition

"Southern Gothic: Tales of The New South is a fine collection of short stories from New Lit Salon Press. It's very encouraging to read such an exciting anthology, representative of various talents and points of views. This is going to be a nice addition to anyone's 'to read' list." -Carey Parrish, author of Big Business

"Southern Gothic: New Tales of the South is a much needed anthology of American Southern literature that calls attention to a diverse range of American Southern experiences and issues-primarily contemporary issues and experiences. Edited by Brian Centrone with art design by Jordan Scoggins, these stories and poems by both established and emerging voices paint a portrait of the American South that is haunting, lyrical, poignant, and at times, joyful and hilarious." -Amy Susan Wilson, Southern Literary Review

Kindle Customer
5.0 out of 5 stars "A Good Variety of Short Southern Tales"
Reviewed in the United States on October 20, 2013
Verified Purchase
This collection of short stories published by New Lit Salon Press are great! Several of the stories will send shivers up your spine. Like neighbor Wilbur Turgow who knows "Them Riders" will take care of neighbors who don't take proper care of their property. "Long Gone Girls" where Dianna is a ghost who constantly harasses Polly while she appears to work in a museum in New Orleans sorting old photographs. "Visiting Cormierville" in the fall to the old family house deep in the woods is like entering a different world for young Wesley and his mother. Sometimes it's best to never return home, as they soon discover. There are several more intriguing stories to whet your imagination. I enjoyed all of them, especially "Her Prince Charming" and "Snout of the Alligator" (by Charles J. Beacham). I'm impressed with the goals of New Lit Salon Press who support artists and writers. Their goal is to nurture new and unknown talent in ways most Indie publishers do not. Everyone has a story, and they support new writers.
Read more
6 people found this helpful
Helpful
Report abuse

Kim Mayread
5.0 out of 5 stars Southern Gothic
Reviewed in the United States on June 3, 2021
Verified Purchase
Good stories. I love the whole Southern Gothic genre, and I was in the mood for short stories, so this fit the bill.
Read more
Helpful
Report abuse

Amazon Customer
5.0 out of 5 stars Buy it! You'll Like it!
Reviewed in the United States on November 4, 2013
Verified Purchase
Amazing new work. The Poetry alone is worth the price of admission. The stories ring true. The whole is an interesting look into how young Southern Writers see themselves and their region. Faulkner would be proud. Perhaps.
Read more
Helpful
Report abuse

Maria
4.0 out of 5 stars A wonderful collection of "Southern shorts."
Reviewed in the United Kingdom on November 18, 2013
Verified Purchase
I don't normally read short stories, but I'm pleased , knowing one of the contributors, I had a look at this book. The stories are all of a high standard and read together give a kaleidoscope impression of human nature. I was impressed how each writer created a different atmosphere and view point within a few short pages, as they told their story. Yet at the same time there was a "Southern" theme to all the stories.
I enjoyed every story from the sad delusions of Her Prince Charming by Zachary Honey, the bitter sweet, The Confession by Miranda Stone and the ironic humour of The Phrenologist by Shane K Bernard.
A great showcase of diverse talent there is something here to appeal to everyone. This book would make a lovely Christmas present
Read more
Report abuse
See all reviews