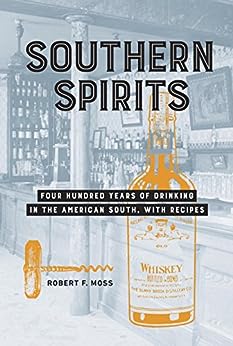 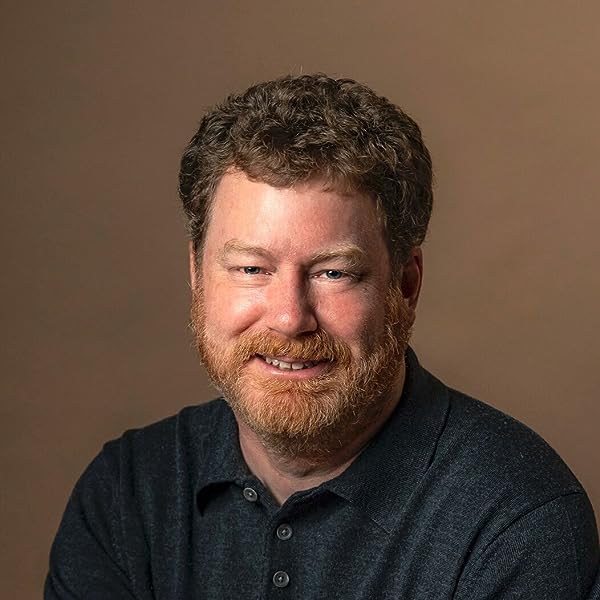 by Robert F. Moss (Author) Format: Kindle Edition
See all formats and editions
Sorry, there was a problem loading this page. Try again.
A captivating narrative history that traces liquor, beer, and wine drinking in the American South, including 40 cocktail recipes.

Ask almost anyone to name a uniquely Southern drink, and bourbon and mint juleps--perhaps moonshine--are about the only beverages that come up. But what about rye whiskey, Madeira wine, and fine imported Cognac? Or peach brandy, applejack, and lager beer? At various times in the past, these drinks were as likely to be found at the Southern bar as barrel-aged bourbon and raw corn likker. The image of genteel planters in white suits sipping mint juleps on the veranda is a myth that never was--the true picture is far more complex and fascinating. Southern Spirits is the first book to tell the full story of liquor, beer, and wine in the American South. This story is deeply intertwined with the region, from the period when British colonists found themselves stranded in a new world without their native beer, to the 21st century, when classic spirits and cocktails of the pre-Prohibition South have come back into vogue. Along the way, the book challenges the stereotypes of Southern drinking culture, including the ubiquity of bourbon and the geographic definition of the South itself, and reveals how that culture has shaped the South and America as a whole.
Read more
Previous page
Next page
Due to its large file size, this book may take longer to download

Robert F. Moss writes about food, drink, and travel from his home base in Charleston, South Carolina. He is the founder and publisher of The Southeastern Dispatch, the Contributing Barbecue Editor for Southern Living and a frequent contributor to publications including Serious Eats, Saveur, Early American Life, Garden & Gun, The Local Palate, and the Charleston City Paper.

Robert's most recent book is the revised and expanded second edition of Barbecue: The History of an American Institution (2020), the authoritative history of barbecue in the United States. He is also the author of Southern Spirits: Four Hundred Years of Drinking in the American South, With Recipes (2016); Going Lardcore: Adventures in New Southern Dining (2012), a collection of essays about dining in the modern South; and, The Barbecue Lover's Carolinas (2015), a guide to barbecue restaurants, recipes, and traditions in North and South Carolina. His next book, The Lost Southern Chefs: A History of Commercial Dining in the Nineteenth-Century South will be published by the University of Georgia Press in February 2022.

4.7 out of 5 stars
4.7 out of 5
36 global ratings
How are ratings calculated?
To calculate the overall star rating and percentage breakdown by star, we don’t use a simple average. Instead, our system considers things like how recent a review is and if the reviewer bought the item on Amazon. It also analyzes reviews to verify trustworthiness.

Gary M. Nelms
4.0 out of 5 stars Well written and researched, but biased
Reviewed in the United States on February 2, 2019
Verified Purchase
I thoroughly enjoyed this book, but was disappointed with the author's prejudiced writing. There's no disputing that Jack Daniels was the number one selling whiskey in the south, if not the US, and yet he never mentions it until the final chapter. He ignored New Orleans, like it doesn't exist until he feels like talking about it midway through the book, however being a New Orleanian with a Tennessee father, i thoroughly enjoyed it, while feeling he thinks the south is just three states; South Carolina, North Carolina and Georgia. Bought two copies, one for my son and one for myself, but won't waste my money on other books by him.
Read more
Helpful
Report abuse

Michael Looby
5.0 out of 5 stars The South Has Rise
Reviewed in the United States on June 15, 2016
Verified Purchase
Great storytelling and myth debunking. And a great addition to my bar books!
Read more
One person found this helpful
Helpful
Report abuse

BuyerofStuff
4.0 out of 5 stars Southern Spirits
Reviewed in the United States on May 31, 2016
I found this book by Robert F. Moss offers a unique sampling of history, lore, culture and a splash of whimsy along with selected recipes for cocktails and spirits. This book can serve double duty for antidotes if you find yourself hosting or entertaining at a cocktail party or Drink clubs. The recipes provided range from single serving cocktails to the likes of, The Charleston Light Dragoon Punch, which serves 28.
Robert Moss researched many aspects of the culture and history that shaped southern drinking and the formulas that came out of the Civil war, Prohibition, Rebellions - to the Rum Runners, Bootleggers, and Moonshiners. The book offers black and white photos of historical places and people and general fodder of the era.
An excerpt from the chapter on The Whiskey Rebellion tells of George Washington, "Ironically the very man who suppressed the Whiskey Rebellion became a distiller himself not long after.”. [1796] I found this is all too often a common thread: The people who railed against alcohol often not only ended up indulging in the once forbidden elixir, but producing it themselves. And who knew that French Wine Cola, which was panned in Atlanta, would then go on to become Coca-Cola?!
Wither you are a connoisseur or a novice of whiskey, bourbon, brandy, and cognac, (the main focus of the recipes of this book) Robert Moss offers up these spirits as characters in predominately Southern American history. This 315 page book will definitely give you a taste of the journey these spirits have had in the South. In Addition you can relish 40 of the same recipes for refreshments as our southern ancestors did back in the day.
The two things I wish this book had included were 1. Color photos of the drinks of the recipes - how they look now and/or how they looked in the era they were invented. 2. More drink recipes! This book is listed under Cookbooks and Beverage Books. I think it is more a reference/culture book with a few recipes. Southern Spirits is an amusing book and a good, easy, rainy day read.
I received this book for Blogging for Books in exchange for a review.
Read more
2 people found this helpful
Helpful
Report abuse

Murder, She read
5.0 out of 5 stars Not Your Momma's Mint Julep
Reviewed in the United States on April 12, 2016
4.5 Stars // The South isn't all sweet tea and enchanting drawls. It's got a long and slightly complicated history with alcohol. And thanks to Robert Moss, the history is one you can learn about while making the actual Southern spirit. This isn't your Momma's mint julep. It's the actual history of the hard ones thrown back by our ancestors.

Starting each section is a recipe and while I didn't have the opportunity to partake myself, it would be perfect to create and sip on each cocktail while reading about it's main ingredient. The purpose of Southern Spirits is to highlight what we drink and why (or in some cases, how it was made), the book gives such a great glimpse into the historical South, that both drinkers and those who abstain will both be intrigued and delighted. There's no softening of the facts and Moss doesn't hesitate to take on incorrect perceptions or knock a tall tale down to size.

I'm not sure if there is any other book nearly as complete as Southern Spirits for the social and drinking culture of the American South, but I doubt there is another that is as charming. By avoiding reading like a history book, it's easy to get engrossed and read almost a hundred pages before finally giving in and tracking down everything needed to make an Antebellum Mint Julep. I personally enjoyed the sections on New Orleans and the North Georgia Moonshine War (who knew) the most. I recommend picking up a copy and indulging.

Sarah T
4.0 out of 5 stars One Southern Girl Who Loves to Drink
Reviewed in the United States on July 10, 2016
Today's review is for a book called Southern Spirits. It covers 400 years of drinking in the American South and it contains recipes. The only thing better than reading a book about alcohol is discovering new ways to drink it!

This book is part history and part mixology. There are 20 chapters and each covers a different form of alcohol or some history or an event surrounding alcohol. Do you know what our earliest American ancestors drank? I didn't. Know I know it was rum. I learned about different kinds of distilling. I learned what fortified wine is. I learned about the Whiskey Rebellion.

Alcohol was used for trade and for intoxication. American soil didn't grow good grapes for wine until new cultivars were developed. Rum came from the byproducts of sugar cane processing. Cocktails and toddies were a way to disguise the taste of harsh liquors.

I enjoyed this book mainly because I learned something new. And here, to help you learn something new, is a recipe for a a Southern drink.

Shake the whiskey, Cointreau, and lime juice in a cocktail shaker filled with ice until well mixed. Pour into a rocks glass filled with ice. Garnish with a slice of lime. Enjoy!
I received this book from Blogging For Books in exchange for an honest review.
Read more
One person found this helpful
Helpful
Report abuse
See all reviews
Back to top
Get to Know Us
Make Money with Us
Amazon Payment Products
Let Us Help You
EnglishChoose a language for shopping. United StatesChoose a country/region for shopping.
© 1996-2021, Amazon.com, Inc. or its affiliates