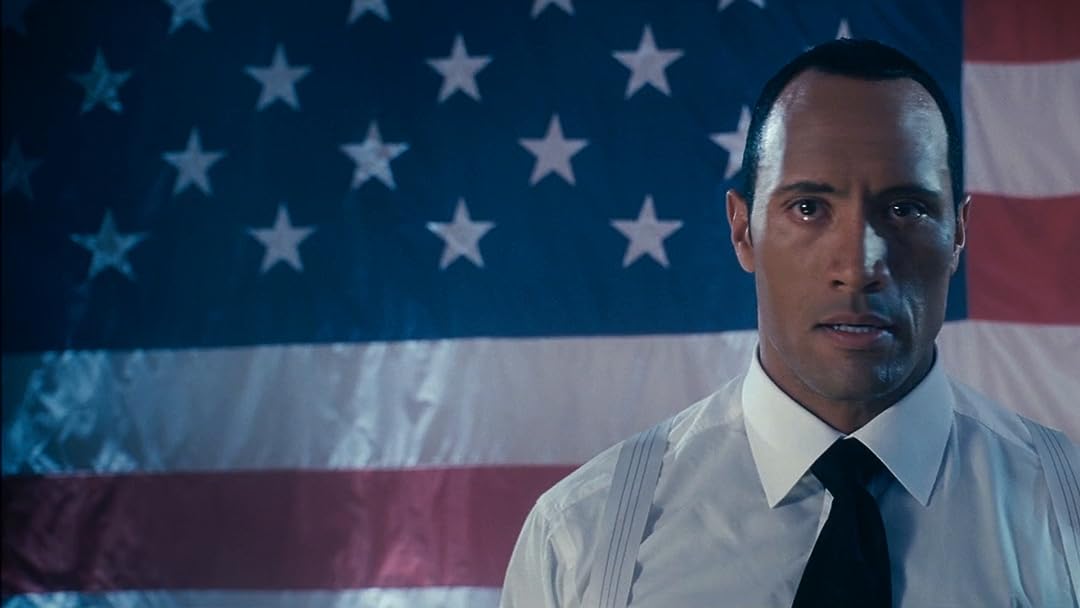 zerofaithReviewed in the United States on September 7, 2017
5.0 out of 5 stars
If you want something different.
Verified purchase
I don't know how to really write a review for this movie, its totally ridiculous. B movie acting, time paradoxes, comedy, a zeppelin, Kevin Smith in enough makeup where you won't recognize him unless you're really looking for him. There's so much going on in this movie that a list of it all makes you wonder how it could all fall into one movie. Is it smart? Is it stupid? Is it pretentious? My general expectation is that most people will hate this movie and I wouldn't fault anyone for any rating they want to give it. In my book though its one of my favorites, and even if in the end you thought the movie was a disaster, it is a spectacularly interesting disaster. Did I mention Justin Timberlake does a music number in this?
22 people found this helpful

A. StegemanReviewed in the United States on May 11, 2018
5.0 out of 5 stars
This movie is either awful or brilliant, and quite possibly both simultaneously
Verified purchase
If David Lynch and the Coen brothers got together, dropped some acid, and then decided to make a sequel to Brazil, but set in Santa Monica, this just might be that picture. This film is delightful in its incoherence; an intellectual train-wreck that is just mesmerizing. Painfully cheap production values mixed with a huge ensemble cast of well known TV and film actors. There just isn't anything quite like it. A must see if you're a fan of quirky films which break all the rules.
20 people found this helpful

Amazon CustomerReviewed in the United States on January 29, 2020
3.0 out of 5 stars
What did I just watch?
Verified purchase
One of the oddest flicks I've seen in a while. And when I watch it again I may want to change my rating to 1 star or perhaps a 5. The same director and creative force behind the cult classic Donnie Darko swings for the fences with this story, and although there are some misses...I can't help being utterly fascinated with what is here. Whether is Jon Lovitz casting as a bleach haired trigger happy cop, Dwayne Johnson's strange hand ticks, the inexplicable Justin Timberlake music video moment that breaks out in the middle of this thing, or near everything going on with Sean Williiam-Scotts character Im left scratching my head. But was I entertained? Will I watch it again? Heck ya!
6 people found this helpful

Dan BrayReviewed in the United States on June 15, 2019
5.0 out of 5 stars
Nobody rocks the...
Verified purchase
This is the way the world ends.
Boxer Santero is making a comeback.
This movie was a decade ahead of it's time.
I say that because it didn't make the slightest bit of sense when I saw it in 2006.
Now, in 2019, it still makes no sense but the themes are more relevant.
I'll watch again in 5 years to see if I can figure out what it's supposed to mean.
That may very well have been the point.
Well played Richard Kelly.

StevenReviewed in the United States on May 12, 2021
3.0 out of 5 stars
Run don't walk away
Verified purchase
I heard a lot about this movie and bought it mainly out of curiosity. The person who was involved also did Donnie Darko so how bad could it be? Well, pretty bad. A bunch of Saturday night live refugees, actors on their way up, as well as on their way down. The Rock is in this movie and looks like he's twelve. Sarah Michelle gellar looks good in this, about as good as she could, and I still haven't figured out what they were trying to do in this movie. Very shallow. Two hours and fourty minutes! !. I didn't make it 24 minutes. If you die and go to the bad place they'll make you watch this movie on an endless loop forever. Thank god my copy of Donnie Darko 4k arrived today. Help me forget about this train wreck . Three stars because ms Geller's in it.

MJS2 JeromeReviewed in the United States on September 5, 2020
4.0 out of 5 stars
WOW just WOW
Verified purchase
I laughed and laughed and as a SNL fan, I can't believe I had never heard of this comedy explosion. Some serious genius went into this and it seems to hit on so many current topics. If you're one of those irreverent patriots or Q fans then you will definitely enjoy this movie. I went into the movie with an open mind and love the way I was entertained. I love how over the top this movie really went. I can't recommend this enough, just watch it as nothing I type could prepare you for the awesomeness. I also loved Donnie Darko
One person found this helpful

DavidReviewed in the United States on March 7, 2016
3.0 out of 5 stars
I loved Donnie Darko
Verified purchase
I loved Donnie Darko, so I've always been interested in Richard Kelly's work. The Box had some interesting moving parts in it, but for the most part it was a swing and a miss. I never got around to watching Southland Tales because I don't remember it being in the theaters, it is never shown on TV and it didn't get good reviews. I knew it wasn't going to be great, so I really lowered my expectations. It was as if I was wincing before the movie started. It turns out, it wasn't as bad as some people made it out to be. Richard Kelly is one who loves detail, and ST is no different. I think some viewers get lost in the detail, but if you just kind of let go and let the story unfold, you can enjoy it for what it is.

Kelly likes to add supernatural elements to his stories, which played well in Donnie Darko and not so well in The Box. The supernatural stuff in ST was a little bit confusing and bizarre. It was hard to 'go with' the some of the stuff since it was hard to even know what was happening. The two scenes that stuck with me were actually the two with music and no dialogue/Plot: The music video in the arcade and the Star Spangled Banner. Both very surreal.

I say this movie is worth a watch, but I don't plan on seeing it again any time soon.
3 people found this helpful

mario n.Reviewed in the United States on November 30, 2021
5.0 out of 5 stars
WTF did I just watch???
Verified purchase
At first I thought it was a cheesy christian science docudrama, then I started to get into it as a somewhat plausible futuristic model that is actually coming to pass in 2020 and finally I realized that it was a prolonged SNL skit once I saw Amy Poehler... Funny as hell, a bit long but funny while also being a bit too much on the mark...Kinda makes me want to hang out at Venice...
One person found this helpful
See all reviews
Back to top
Get to Know Us
Make Money with Us
Amazon Payment Products
Let Us Help You
EnglishChoose a language for shopping. United StatesChoose a country/region for shopping.
© 1996-2022, Amazon.com, Inc. or its affiliates