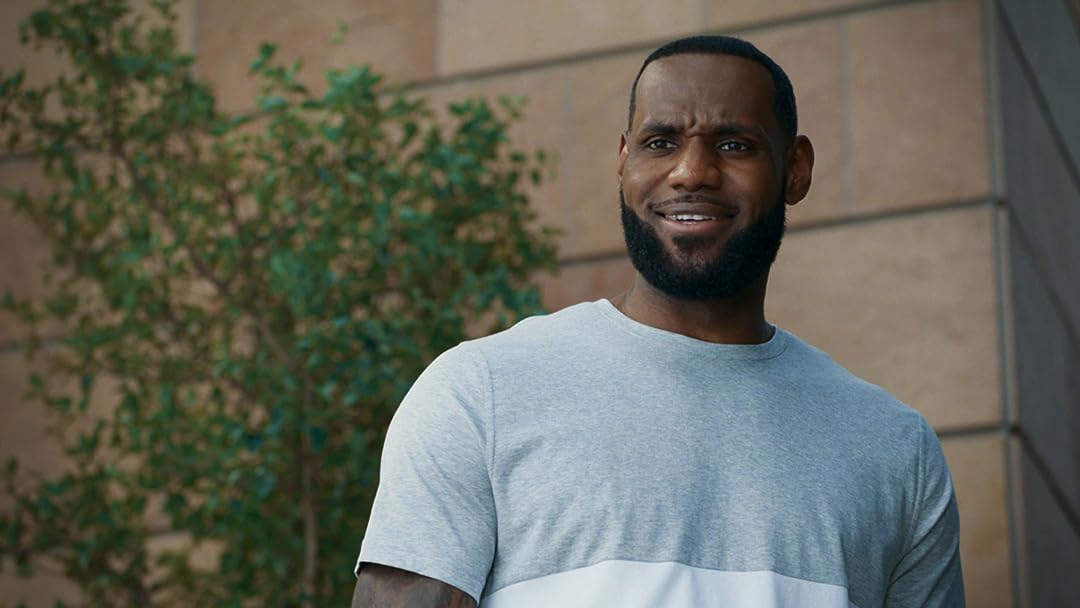 (568)4.41 h 55 min2021PG
When LeBron James and his son are trapped in a digital space by a rogue A.I., it’s Tunes vs Goons in the highest‐stakes challenge of his life that will redefine the bond with his son.

Fryzilla: King of the MonstersReviewed in the United States on September 28, 2021
3.0 out of 5 stars
Space Jam 2: Electric LeBronaloo
Verified purchase
I remember watching the original Space Jam back when I was a kid, and I had no idea who Michael Jordan was nor was I interested in basketball. All I cared about was seeing the Looney Tunes, and they didn't disappoint. It might not have been one of my favorite movies but I still enjoyed it. And that goes the same for this one. As a sort of sequel to the original it's not bad. The Tunes are still funny because they're the Looney Tunes, LeBron James is an ok actor...not good but ok, the effects and CGI are pretty neat, and the movie is riddled with so many pop culture references and characters that it's impossible to count. I don't care about the controversy about having the Droogs from A Clockwork Orange in the movie nor the redesign of Lola Bunny, although I'm peeved that they replaced Kath Soucie with Zendaya because "we need more big name actors in our movie". Also it's a little uncanny seeing the Tunes in realistic CGI form. Overall it's an ok movie. If you like the first one you'll probably like this too.

Justine BrashearReviewed in the United States on September 25, 2021
5.0 out of 5 stars
Great family movie
Verified purchase
From my 10-year old son: One of the best movies I've ever seen. I liked the storyline and all that. I got very emotional at the end.

From me: My son and I watched this together and it was so fun to see all of the old Loony Toons characters I grew up with. Of course it's predictable and over the top, but that's to be expected with these kind of family-oriented movies. The fact that it captivated my 10-year old son the entire time, keeping him off of video games, and spending time with me is what earns it 5 stars.

RemyReviewed in the United States on September 21, 2021
4.0 out of 5 stars
A nice movie
Verified purchase
I didn’t love the movie, but I appreciate the intent and the story. It was nice to have a movie about a Black father and son taking time to learn about the other.
My son is going through the same transition where he has lots of interests and doesn’t want to be defined by sports.
One person found this helpful

TenReviewed in the United States on September 7, 2021
5.0 out of 5 stars
Great For families with a trip down memory lane…well done!
Verified purchase
What did people expect from a “Space Jam” like movie. As far as l am concerned the reality is the movie was well done…my kids loved it which is the bottom line…great job “WB” and for reminding us over the years how much you have entertained us!!!!

Wyson storeReviewed in the United States on September 19, 2021
5.0 out of 5 stars
Kids loved it, adults were entertained
Verified purchase
My kids have watched this movie well over 10 times now and it's actually pretty entertaining. This generation loves Lebron and my son even joined a local team because of this movie.

CurtisReviewed in the United States on September 29, 2021
3.0 out of 5 stars
Wow
Verified purchase
I'm disappointed. The original space jam was good and fun. On this Space Jam, The final game there was too much b.s. going on and the crowd even made my wife ask w.t.f. we're they thinking. The crowd for the final game was just stupid a.f. good concept for a movie as story goes but very poorly executed.

Amazon CustomerReviewed in the United States on October 8, 2021
1.0 out of 5 stars
The movie kept stalling and was fuzzy
Verified purchase
Not good quality and I paid $19.99 for my son to watch. The first space jam was also much better.
One person found this helpful

KytlunReviewed in the United States on October 7, 2021
4.0 out of 5 stars
Good movie
Verified purchase
Not as good as the classic but did a good job on the movie!
See all reviews
Back to top
Get to Know Us
Make Money with Us
Amazon Payment Products
Let Us Help You
EnglishChoose a language for shopping. United StatesChoose a country/region for shopping.
© 1996-2021, Amazon.com, Inc. or its affiliates