You've subscribed to Webrid Chronicles! We will preorder your items within 24 hours of when they become available. When new books are released, we'll charge your default payment method for the lowest price available during the pre-order period.
Update your device or payment method, cancel individual pre-orders or your subscription at
Your Memberships & Subscriptions
There was an error. We were unable to process your subscription due to an error. Please refresh and try again. 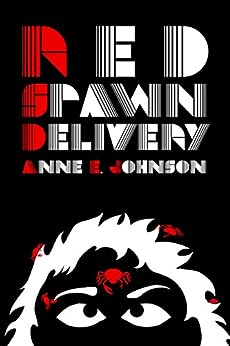 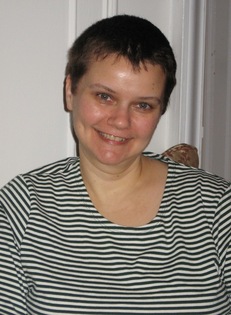 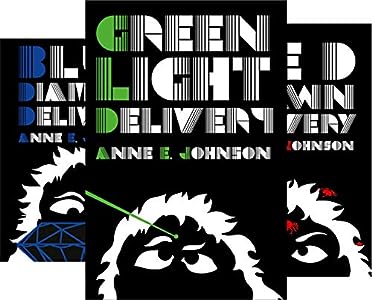 JudyC
5.0 out of 5 stars Another Success!
Reviewed in the United States on March 8, 2017
Verified Purchase
Red Spawn Delivery is the third of a trilogy of the adventures of Ganpril Webrid, a big ugly Yeril, who agrees reluctantly to save his world with the help of his scientist friends. In this story, the group of out-of-this-world heroes must save the lives of dozens of threatened spawn. Well written and very humorous, the Webrid stories take place in a circle of three planets somewhere in the universe. All characters are aliens with various amazing abilities and bodily forms. A very good read, just like the first two Webrid novels. Thanks, Anne Johnson!
Read more
Helpful
Report abuse

Cosmic Reader
5.0 out of 5 stars A tale that's way out there; would be a natural for film or graphic novel
Reviewed in the United States on March 14, 2017
Furry Webrid is a wisecracking loner who comes from a long line of carters. He hauls things and people for money on Bexilla in the Raralt Planetary Circle. And he's always on the prowl for female companionship, Val-Hundred booze, and food in generous quantity.

Webrid's offbeat friends include buddy-since-boyhood Stravin, a feathery-limbed genius with expensive tastes; Stravin's boyfriend Kaforrisin, of shiny red body and nurturing tentacle; and petite Zatell, who cartwheels around them on her thirty handfeet. They all know how to get around Webrid's rule that favors are only for suckers. Like a latter-day Bruce Willis from "Die-Hard," Webrid is stubborn but he's also ultimately a soft touch for an urgent cause.

Someday they'll make a graphic novel or animated feature out of Johnson's chronicles – the third of which is "Red Spawn Delivery." The universe of Webrid's futuristic delivery trade cries out for illustration, as evidenced by the "Red Spawn" scenario:

Narmoi, who is shaped like a black hourglass, has ten pregnant legs that swell up, split open and release a hundred spawn in the form of little goo-covered balls – half of them red, the others brown – as is natural for the species Glospra-Sharozdas. (They also eat their husbands, but we won't go there.) Webrid and Zatell, astonished, witness the births, but next thing you know a space-race abduction of the bobbling cuties is underway.

It turns out that some nifty evil science involving robotics is at work in the galaxy, where not all spawn are considered equal. Webrid and a growing band of friends begin to piece together the truth while trying to save the endangered babies.

My recommendation for helpful species of the month goes to Mr. Onko, a Pifto-Gish, who can suck information directly from computers via half a dozen flexible "skin trumpets.” Webrid's assessment: "well, damn ...just too weird." Still, I'd like to see one.
Read more
Helpful
Report abuse

The Magnificent Baaaaastard
5.0 out of 5 stars I'm almost through and love, love
Reviewed in the United States on March 1, 2017
I'm almost through and love, love, love the atmospherics of this third book in the Webrid series. I need more Doritos! Ms Johnson is such a pulp fiction meteorologist, if you will, showing gorgeous character fronts and character weather systems. And the dialog precipitating from it all. I need more Doritos! I can't wait for Hollywood to discover this series.
Read more
Helpful
Report abuse
See all reviews
Back to top
Get to Know Us
Make Money with Us
Amazon Payment Products
Let Us Help You
EnglishChoose a language for shopping. United StatesChoose a country/region for shopping.
© 1996-2021, Amazon.com, Inc. or its affiliates