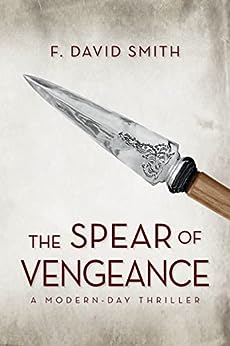 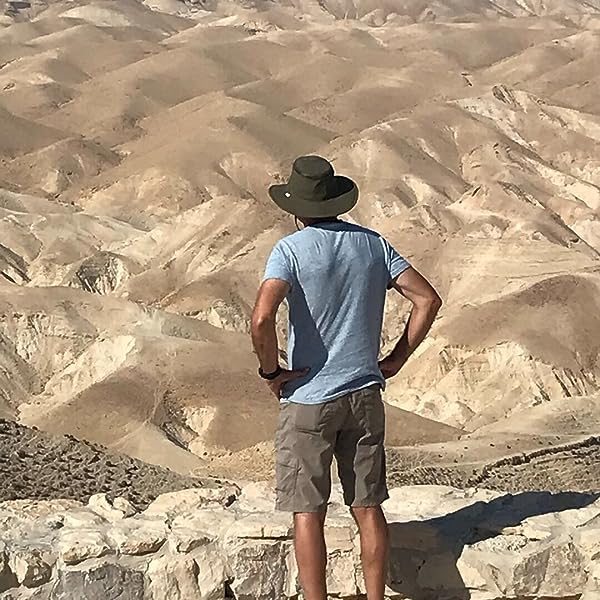 The Spear of Vengeance: A Modern-Day Thriller Kindle Edition

by F. David Smith (Author) Format: Kindle Edition
See all formats and editions
Sorry, there was a problem loading this page. Try again.

FBI vs. Immortals. If you live forever, what do you fear?

Hidden in the shadows, a small group of Immortals has lived alongside humanity for eons. The byproduct of the rare combination of DNA, a few are born each millennium. But if you live forever, what do you fear?

When the FBI uncovers a suspected terrorist plot, Special Agent Dan Alexander is assigned to protect virologist Dr. Amelia Cranford, his former fiancée. But they soon find themselves plunged into the center of a centuries-old conflict between two of the powerful Immortals.

One, a 2500-year-old madman, is hell-bent on destroying humanity. And for centuries, the other Immortal has fought from the shadows to protect us.

But now, the madman is ready to deploy his final solution.

On the run, Dan's Navy SEAL experience can only take them so far when pitted against adversaries who don't die. Can he protect Amelia long enough for her to find the answer? And by some magic, is there redemption in the cards for Dan?

Either way, life as Dan knows it is over.

"The Spear of Vengeance: A Modern-Day Thriller, had me on the edge of my seat from page one until the final paragraph. It's a terrific story featuring fabulous characters. ...I am pleased to award Mr. Smith's The Spear of Vengeance 4 out of 4 stars. It has everything that a reader could wish for in a thriller..." - OnlineBookClub.org

F. David Smith is a student of history, legends, and classic rock music. He grew up in a small town south of Dallas, Texas, and later founded and led a company that created software for many of the largest non-profit organizations in North America. After retiring from his successful career as a software executive, he now writes fulltime for both adult and middle grade audiences.

Mr. Smith and his wife currently live in north Texas. He is an avid runner, backpacker, and world traveler.

Rusty
4.0 out of 5 stars Not only a greatly entertaining but an intellectually stimulating storyline.
Reviewed in the United States 🇺🇸 on September 11, 2022
Verified Purchase
I was overall pleasantly surprised by the story presented by the author. He creates an actioned packed scenario while including elements of ancient Christianity to form a compelling storyline with plenty of room for future sequels. I hope there is a Book 2 in the near future.
Read more
Helpful
Report abuse

Amazon Customer
5.0 out of 5 stars Surprised!
Reviewed in the United States 🇺🇸 on July 30, 2022
Verified Purchase
I was absolutely not expecting this story! I had a ball reading it! Will cheerfully recommend to my adventure buddies.
Read more
One person found this helpful
Helpful
Report abuse

Scott Stonehouse
3.0 out of 5 stars This was a fun, interesting read!
Reviewed in the United States 🇺🇸 on August 13, 2022
Verified Purchase
I really enjoyed reading this book. The premise was unique and interesting and the story held my attention the entire way through. I look forward to (hopefully) a sequel!
Read more
Helpful
Report abuse

Piaras
VINE VOICE
5.0 out of 5 stars First-class thriller with perfect pacing.
Reviewed in the United States 🇺🇸 on January 20, 2022
Verified Purchase
Thriller is a genre that uses suspense, tension, and excitement as its main elements. They stimulate the reader by giving them a high level of anticipation, ultra-heightened expectation, anxiety and terror. A thriller usually has highs and lows in the story keeping readers on the edge of their seat, wondering what will happen next or how the hero/heroine will overcome the antagonist's latest evil doings. The plots are scary, the characters are at great risk and they make the reader really want to turn the page. THE SPEAR OF VENGEANCE by F. David Smith is a thriller that does all of the above… and more. Thoroughly enjoyed it and highly recommend it.
Read more
2 people found this helpful
Helpful
Report abuse

Mike
5.0 out of 5 stars Captivating!
Reviewed in the United States 🇺🇸 on June 20, 2022
Verified Purchase
I very much enjoyed this book. The character development was great and could hardly set the book down without wanting to read on. I very much recommend it!
Read more
One person found this helpful
Helpful
Report abuse

Kathy Garmon
5.0 out of 5 stars excellent
Reviewed in the United States 🇺🇸 on April 23, 2022
Verified Purchase
Enjoyed this book. Interesting idea. Characters well formed. I home that this is a start of a new series. I, for one, look forward to another
Read more
2 people found this helpful
Helpful
Report abuse

Scott Stinziano
5.0 out of 5 stars Good read
Reviewed in the United States 🇺🇸 on February 8, 2022
Verified Purchase
Interesting use of history, biblical, and a great story, made for a very entertaining read. Interesting cast of characters. Hope there is more to come.
Read more
One person found this helpful
Helpful
Report abuse
See all reviews
Report an issue
Does this item contain inappropriate content?
Report
Do you believe that this item violates a copyright?
Report
Does this item contain quality or formatting issues?
Report