Sphere of Influence and millions of other books are available for Amazon Kindle. Learn more
Share <Embed> 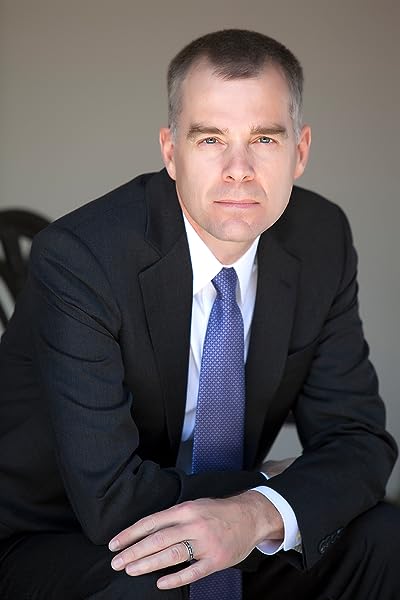 Jeff McCarthy is a veteran of stage and screen. He has appeared in Beauty and the Beast on Broadway, on Law & Order, Cheers, and L.A. Law on television and in the film Cliffhanger.
Start reading Sphere of Influence on your Kindle in under a minute.

4.5 out of 5 stars
4.5 out of 5
235 global ratings
How are ratings calculated?
To calculate the overall star rating and percentage breakdown by star, we don’t use a simple average. Instead, our system considers things like how recent a review is and if the reviewer bought the item on Amazon. It also analyzes reviews to verify trustworthiness.

Cindy
5.0 out of 5 stars Kept me riveted
Reviewed in the United States on September 7, 2019
Verified Purchase
Honestly I've re-read this book several times..Mr. Mills is one of my favorite authors. Most books totally bore me with their descriptive prose. In his books he totally holds me captive to the point I feel as though I am there. I truly love his main characters personality and quite droll sense of humor. Try it...I don't think you'll regret it and like myself, because of its ingenuity, will re-read it again.
Read more
One person found this helpful
Helpful
Report abuse

Gordon
5.0 out of 5 stars Great read
Reviewed in the United States on November 13, 2018
Verified Purchase
What an amazing story! Have so much enjoyed reading all of Kyle Mills work. Hope to see some more asap> Great characters, especially Mark Beamon... I Hight recommend any of his works... Thanks for the most interesting story lines...
Read more
2 people found this helpful
Helpful
Report abuse

St Joe
5.0 out of 5 stars Great story but pushed limits of beleivability
Reviewed in the United States on November 28, 2002
Verified Purchase
This was a great story, even better than a Clancy book - more action and less verbage. The main character is again Mark Beamon, an older and slightly used up FBI agent put out to pasture as Special Agent in Charge at the Phoenix office. He gets pulled into a complicated case by his former partner Laura Vilechi who has been placed in charge of finding a missing rocket launcher held by Yasin, a powerful Afghan terrorist. The case gets much more complicated involving Volkov, a powerful drug lord and other drug dealers, the mafia, CIA bosses, and his own FBI boss. I would love to see another Beamon story but I do not know where Mr. Mills could possibly take him further.
Read more
6 people found this helpful
Helpful
Report abuse

Woops72
5.0 out of 5 stars One of Mills' best works for sure
Reviewed in the United States on July 10, 2015
Verified Purchase
You have to love Mark Beamon, with his wry and fatalistic humor. Mills does a wonderful job developing the supporting cast as well. The plot in this was was complex and quite unrealistic, but that is not really the point. You read this for the fun and the surprises and because you care what happens to Mark and his friends. Oh, and you like to see the bad guys lose in the end.
Read more
Helpful
Report abuse

baseball mom
5.0 out of 5 stars Sphere of Influence is a Fast Paced Page Turner
Reviewed in the United States on April 7, 2015
Verified Purchase
I recently discovered the author, Kyle Mills, and I am planning to read all of his books. Sphere of Influence was a very fast-paced story that kept me reading even when I knew I should call it quits for the night. I thought I had the ending figured out, but I was wrong. I have read three of his novels, and they were all very well written.
Read more
One person found this helpful
Helpful
Report abuse

Woodbutcher
5.0 out of 5 stars Kyle mills best novel ever
Reviewed in the United States on January 14, 2020
Verified Purchase
This is the best book Kyle Mills ever wrote
Read more
Helpful
Report abuse

Amazon Customer
5.0 out of 5 stars I'm halfway through but have to make a comment
Reviewed in the United States on April 25, 2014
Verified Purchase
This is the most disconnected convoluted mixed up desperate situations I have ever read about .how on earth will the author ever get all these straightened out. And how on earth will the main character ever get through them and please save your main character. don't let him kill himself with his lifestyle. Now I have finished reading it and the ending was perfect great book everybody should read this.
Read more
3 people found this helpful
Helpful
Report abuse

Tom Frizzell
5.0 out of 5 stars Best yet
Reviewed in the United States on August 12, 2017
Verified Purchase
Mark gets into more good stuff, Carrie is gonna have to figure someway to calm him down. Great read. Really enjoyed this story. Quickly becoming a Kyle Mills fan.
Read more
Helpful
Report abuse
See all reviews

Sargart26
5.0 out of 5 stars Cops & Robbers?
Reviewed in the United Kingdom on October 5, 2012
Verified Purchase
If you haven't read Kyle Mills and love criminal conspiracies then you'll love Kyle Mills.
This book delves into criminal psychology that will have you wondering if this is true or false. The plot is simple, terrorists are plotting to wreck havoc among Americans. However there is more... Who would presume that the CIA sold the rocket launcher to the terrorist and involve Middle East, Asian, European and American gangsters?
Well Mark Beamon is the good guy as expected but even he is baffled by what his actions will lead to.
I was left wondering if Mark was still working for the FBI at the end of the story or had he decided to go on alone backed probably the biggest gangster in the world.
Great read, in fact all of Kyle Mills books are good; I've purchased the whole collection of the Mark Beamon stories; 3 from Amazon!!!
Read more
Report abuse

Client d'Amazon
3.0 out of 5 stars Three Stars
Reviewed in the United Kingdom on May 3, 2018
Verified Purchase
enjoyable read, OK
Read more
Report abuse
See all reviews
Back to top
Get to Know Us
Make Money with Us
Amazon Payment Products
Let Us Help You
EnglishChoose a language for shopping. United StatesChoose a country/region for shopping.
© 1996-2021, Amazon.com, Inc. or its affiliates