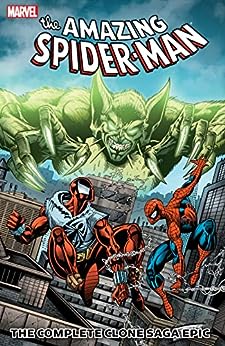 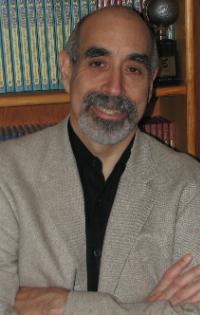 Villains die and debut in the nineties' pivotal Spider-saga! Spider-Man and the Scarlet Spider are both fighting crime, and there's plenty to go around when the Jackal arises - with more clones in the wings! But following a team-up with Daredevil - who's having an identity crisis of his own - Spidey faces a fate that could wrap up his web-slinging days forever! The answer may come down to one of Spider-Man's deadliest enemies - but what price will he pay for it, and what prize will he leave behind? Plus: Mary Jane's revelation! Aerial crime warfare, terrorism and a funeral for a fiend! Guest-starring Kaine, Puma and the enigmatic Nocturne!
Read more
Previous page
Next page
Kindle e-Readers
Fire Tablets
Free Kindle Reading Apps
Available on these devices 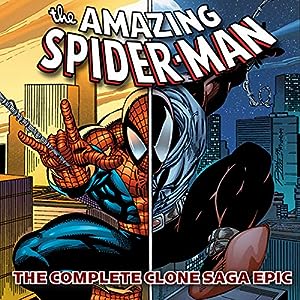 Born and raised in Brooklyn, New York, Eisner Award winner J. M. DeMatteis was a professional musician and rock music journalist before entering the comic book field. Although he's written almost all of the major DC and Marvel icons -- including critically-lauded runs on Justice League International and Spider-Man (the epic “Kraven’s Last Hunt” was voted the number one story in Spider-Man’s fifty year history by Comic Book Resources), DeMatteis's greatest acclaim has come for sophisticated original graphic novels like Seekers Into The Mystery, Blood: A Tale, The Last One, and Mercy. The autobiographical Brooklyn Dreams was picked by the ALA as one of the Ten Best Graphic Novels and Booklist, in a starred review, called it "as graphically distinguished and creatively novelistic a graphic novel as has ever been...a classic of the form." The groundbreaking Moonshadow was chosen (along with Brooklyn Dreams, Blood and other DeMatteis works) for inclusion in Gene Kanenberg, Jr's 2008 book 500 Essential Graphic Novels -- where it was hailed as one of the finest fantasy graphic novels ever created.

His success in the comic book medium has led DeMatteis to work in both television (writing live action and animation) and movies (creating screenplays for Fox, Disney Feature Animation, directors Carlo Carlei and Chris Columbus and producer Dean Devlin, among others).

More recently DeMatteis has had great success with the children’s fantasy series Abadazad (hailed by Entertainment Weekly as “...one of those very rare fantasy works that can enchant preteen kids and 40-year old fanboys...”), The Life and Times of Savior 28 (called “one of the finest super hero stories of the decade” by Newsarama) and the novel Imaginalis (which Publishers Weekly praised as “a sure-footed fantasy” with a “hopeful message about the power of reading and belief.”)

Current projects include the upcoming all-ages fantasies The Adventures of Augusta Wind and The Edward Gloom Mysteries; writing for Cartoon Network’s Teen Titans Go (set to debut in 2013); his ongoing Imagination 101 workshops, which explore the practicalities and metaphysics of writing for comics, graphic novels and animation; and Creation Point, a story consultation service that offers in-depth guidance for both the professional and aspiring writer.

DeMatteis and his family live in upstate New York. His blogs can be found here at Amazon.com and at www.jmdematteis.com.

4.7 out of 5 stars
4.7 out of 5
50 global ratings
How are ratings calculated?
To calculate the overall star rating and percentage breakdown by star, we don’t use a simple average. Instead, our system considers things like how recent a review is and if the reviewer bought the item on Amazon. It also analyzes reviews to verify trustworthiness.
Top reviews

AmazonCustomer
5.0 out of 5 stars Fabulous
Reviewed in the United States on August 18, 2018
Verified Purchase
Great kit, happy that it comes with a box to store everything! Easy to use and good quality
Read more
Helpful
Report abuse

Rockster12
5.0 out of 5 stars Whatever encourages my son to read
Reviewed in the United States on March 14, 2019
Verified Purchase
My 13 year old son loves reading these books. They are lengthy and he will read them for hours.
Read more
Helpful
Report abuse

Amazon Customer
4.0 out of 5 stars Reconnect with the past
Reviewed in the United States on August 12, 2018
Verified Purchase
I had collected some of these stories originally. I wanted to finish the Clone Saga. This was an enjoyable read that transported me back to my youth.
Read more
Helpful
Report abuse

Victor M Lopez
5.0 out of 5 stars Great condition
Reviewed in the United States on January 8, 2019
Verified Purchase
Pkg was perfect and my son likes them very much
Read more
Helpful
Report abuse

J. J. Salyer
5.0 out of 5 stars Classic 90s spider man
Reviewed in the United States on May 14, 2016
Verified Purchase
From a forgotten era of Spider-Man. The good old days with Tom Defalco and Danny Fingeroth. I love the inking style of this era of comics.
Read more
One person found this helpful
Helpful
Report abuse

billdounez
1.0 out of 5 stars Cover has dirt and sticky substance all over
Reviewed in the United Kingdom on September 1, 2021
Verified Purchase
Sold as a ‘New’ copy by ultimate treasures - came covered in dirt, creased and pretty disgusting. Offered a poor refund so returned. Second time this has happened from the same company - selling items as new and are ‘okay’ quality
Read more

1.0 out of 5 stars Cover has dirt and sticky substance all over
Reviewed in the United Kingdom on September 1, 2021
Sold as a ‘New’ copy by ultimate treasures - came covered in dirt, creased and pretty disgusting. Offered a poor refund so returned. Second time this has happened from the same company - selling items as new and are ‘okay’ quality
Images in this review