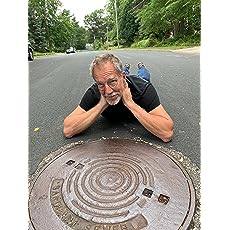 Spike Carlsen (spikecarlsen.com) has been writing about the world around us for the past 25 years. His first book, "A Splintered History of Wood: Belt Sander Races, Blind Woodworkers and Baseball Bats," was selected as a NPR "Best Book of the Year for Gift Giving" and became Amazon's #1 "Mover and Shaker." He has written numerous other books on self-sufficiency and woodworking as well as "Cabin Lesson"--a construction memoir. His upcoming book "A Walk Around the Block: Stoplight Secrets, Mischievous Squirrels, Manhole Mysteries & Other Stuff you see Every day (but know nothing about" will be released by Harper One, October 20th, 2020.

He is former Executive Editor of Family Handyman magazine where he wrote hundreds of articles on home improvement and oversaw the creation of dozens of books including the revised "Readers Digest, Complete Do-It-Yourself Manual". He has written articles for The Minneapolis Star Tribune, Men's Health, MAKE, Fine Homebuilding, Mother Earth News and other publications. He has made appearances on Modern Marvels, the CBS Early Show, Cabin Living, The Weekend Today Show, HGTV's "25 Biggest Renovating Mistakes" and many other national radio and television shows.

His checkered past includes working as a carpenter for 15 years, teaching elementary school in Denver, working at a secondary school in Tanzania and building hurdy gurdys and harps. He and his wife Kat have five adult children and 8 grand daughters (yep, all girls) and live in historic Stillwater, Minnesota. In his spare time he enjoys riding his wood Renovo bike, serving on the library board, teaching woodworking to kids and renovating (and renovating and renovating) their 1850s Greek Revival home.
Read more 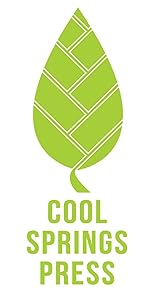 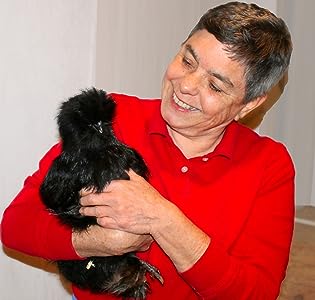 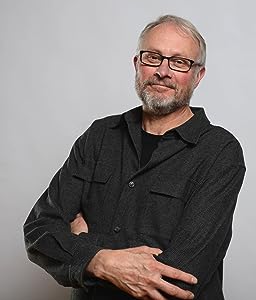 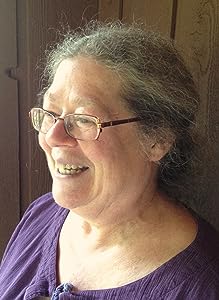 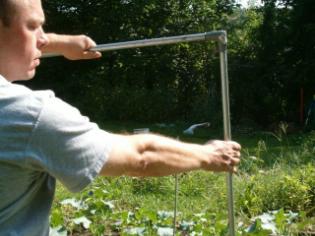 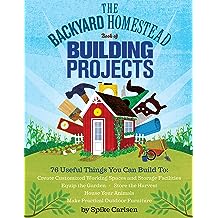 Gardeners, small farmers, and outdoor living enthusiasts will love this compilation of 76 rustic DIY projects. From plant supports and clotheslines to a chicken coop, a greenhouse, and a root cellar with storage bins, most of the projects are suitable for complete novices, and all use just basic tools and easy-to-find materials. You’ll find techniques to build whatever your outdoor world is missing, with additional tips to live sustainably, happily, and independently. 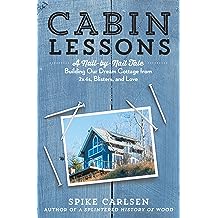 A carpenter’s humorous story of building a cabin on Lake Superior with his family—“part how-to, part memoir and part love story” (Minneapolis Star-Tribune).

When carpenter Spike Carlsen and his wife set out, with their recently blended family of five kids, to build a cabin on the north shore of Lake Superior, they quickly realize that painting, parenting, and putting up drywall all come with both frustrations and unexpected rewards.

Blending practical information with lively personal memoir, Cabin Lessons tells the wryly funny, heartwarming story of their eventful journey—from buying an unforgiving plot of land on an eroding cliff to finally enjoying the lakeside hideaway of their dreams.

“Spike Carlsen’s book . . . chronicles the family’s route from a scenic dream (with a modest budget) to designing and building, to filling the space with family, to a (rejected) blank-check purchase offer from a slickster driving an Italian-made car. And it’s all told in the voice of someone you want to see sitting on the other side of the campfire, sharing a blanket with his wife, dispensing charming tales and life lessons.” —Duluth News Tribune (Minnesota) 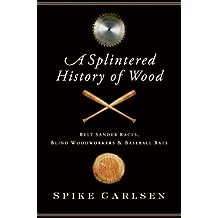 In a world without wood, we might not be here at all. Without wood, we wouldn't have had the fire, heat, and shelter that allowed us to expand into the colder regions of the planet. If civilization somehow did develop, our daily lives still would be vastly different: there would be no violins, baseball bats, chopsticks, or wine corks. The book you are now holding wouldn't exist.

At the same time, many of us are removed from the world where wood is shaped and celebrated every day. That world is inhabited by a unique assortment of eccentric craftsmen and passionate enthusiasts who have created some of the world's most beloved musical instruments, feared weapons, dazzling architecture, sacred relics, and bizarre forms of transportation. In A Splintered History of Wood, Spike Carlsen has uncovered the most outlandish characters and examples, from world-champion chainsaw carvers to blind woodworkers, the Miraculous Staircase to the Lindbergh kidnapping case, and many more, in a passionate and personal exploration of nature's greatest gift. 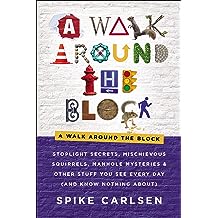 A Walk Around the Block: Stoplight Secrets, Mischievous Squirrels, Manhole Mysteries & Other Stuff You See Every Day (And Know Nothing About) Oct 20, 2020
by Spike Carlsen
( 1 )
$12.99

A simple walk around the block set journalist Spike Carlsen, bestselling author of A Splintered History of Wood, off to investigate everything he could about everything we take for granted in our normal life—from manhole covers and recycling bins to bike lanes and stoplights.

In this celebration of the seemingly mundane, Carlsen opens our eyes to the engineering marvels, human stories, and natural wonders right outside our front door. He guides us through the surprising allure of sewers, the intricacies of power plants, the extraordinary path of an everyday letter, and the genius of recycling centers—all the while revealing that this awesome world isn’t just a spectator sport.

Engaging as it is endearing, A Walk Around the Block will change the way you see things in your everyday life. Join Carlsen as he strolls through the trash museum of New York City, explores the quirky world of squirrels, pigeons, and roadkill, and shows us how understanding stoplights, bike lanes, and fine art of walking can add years to our lives. In the end, he brings a sense of wonder into your average walk around the block, wherever you are. Guaranteed. 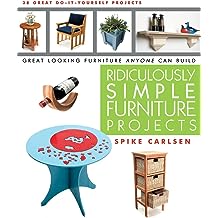 Ridiculously Simple Furniture Projects: Great Looking Furniture Anyone Can Build Apr 1, 2011
by Spike Carlsen
( 70 )
$9.99
Blending the practicality of IKEA with the creativity of Martha Stewart, this collection of innovative projects is presented with simplicity of construction in mind. The suggested pieces are practical, have broad appeal, and carry a high brag factor upon completion. Requiring minimal assembly time and tools, this concise, engaging, and even humorous guide offers countless tips as well as clear and instructive photography. The majority of the projects also incorporate clever construction, such as the use of bifold doors, stock cabinets, and off-the-shelf lumber, guaranteeing that the required materials are both inexpensive and easily accessible. Featuring ideas for furnishing both the interior and the exterior of the home, this handbook is ideal for weekend woodworkers.
Read more
Other Formats: Paperback 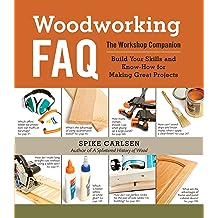 Woodworking FAQ: The Workshop Companion: Build Your Skills and Know-How for Making Great Projects Apr 23, 2012
by Spike Carlsen
( 63 )
$9.99
Whether you’re a beginner building your first shelf or an experienced craftsman designing a new gazebo, Spike Carlson has the answers to all of your woodworking questions. You’ll find expert advice on setting up your work area, choosing appropriate tools, working with different types of wood, and building furniture, as well as tips on joinery techniques, custom finishes, and much more.
Read more
Other Formats: Paperback , Spiral-bound 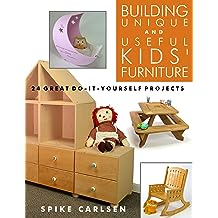 Building Unique and Useful Kids' Furniture: 24 Great Do-It-Yourself Projects Dec 1, 2018
by Spike Carlsen
( 19 )
$8.49
Give your child a unique gift of a lifetime―without breaking your checkbook―and you and your kid will have fun making it! Building Unique and Useful Kids’ Furniture: 24 Great Do-It-Yourself Projects gives complete step-by-step instructions for building 24 professionally designed one-of-a-kind children’s furniture projects that are easy to build and your kids will love. You don’t need advanced skills. You don’t need specialized tools. You don’t need expensive materials. All of these projects can be built using basic tools and materials from any home improvement store. Step-by-step instructions and color photos show you exactly what to do―and many projects are labeled “Kid Friendly,” so your child can safely help you build it, developing their skills and confidence.
Read more
Other Formats: Paperback