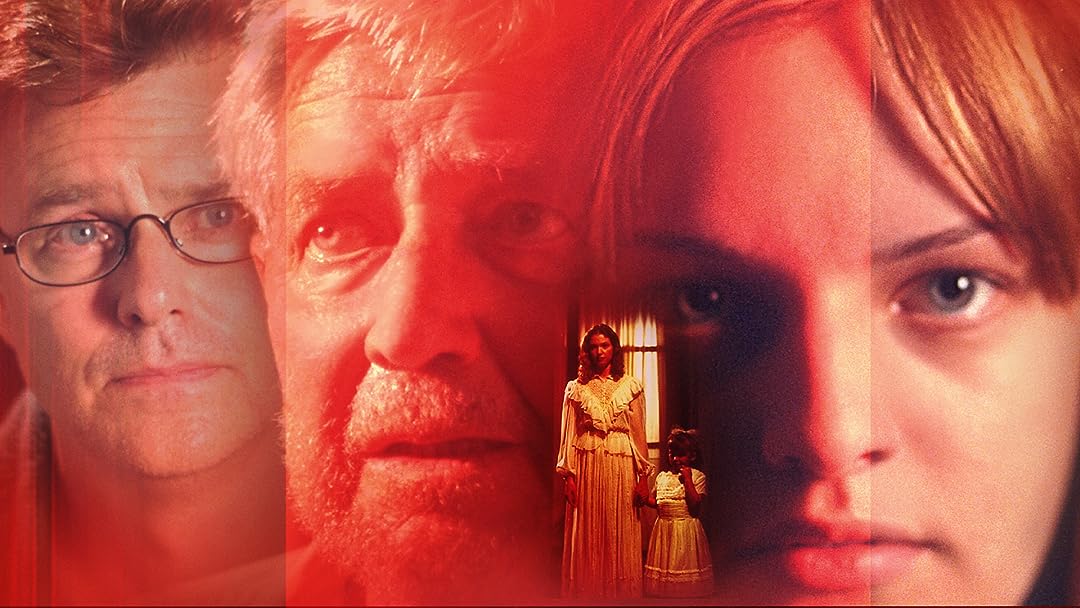 (24)
1 h 31 min200116+
When Kelly and her father move to New Orleans after the death of her mother, strange things start happening in their new home. Kelly is convinced that the house is haunted by a ghost who needs her help. Her father does not believe her, so she enlists her friend Cole to help discover the truth.

Linda BeeReviewed in the United States on May 29, 2018
2.0 out of 5 stars
Don't be fooled into thinking this is a worthwhile film by the long review. I'm merely bored, drunk and chatty
Verified purchase
I had to force myself to watch this entire movie in order to feel like I'm giving it a legitimate review. There is nothing glaringly wrong with this film, just a whole lot of things extremely not good. The acting is of that barely adequate type which shows the actors have had experience and know all the basic rules, but don't quite have the skill to notch it up a level. The storyline is very mundane: a father (Evigan) and daughter (Moss) are trying to put their lives back together after the death of his wife/her mother in a car accident, and buy a house far away in New Orleans for a fresh start. The daughter has apparently been having a much harder time coping with her mother's death, as she feels guilt over having caused the accident (and even this turns out to be a weak source of guilt--a mere mutual, playful cutting up in the car which distracts them). Though unexcited about the move at first, when they arrive at the house, she is immediately drawn to it. The fact that the house is haunted was firmly established even before they arrived, which took away any spooky build-up of realization/discovery. She befriends a momma's boy who lives next door, who is aware of the "haunted-ness" of the house. We are also introduced to an old man (Waite) who has no apparent connection to any of the other characters, but who we perceive must have some vital connection to the house itself, as he experiences physical heart-attack-like pain whenever the "spirits" are active in the house.

The manifestation of the "spirits" is kind of cheesily done, with blue lights fluttering and flashing in the windows accompanied by noises of crashes from its poltergeist-ish activities, consisting primarily of trashing rooms. The director at times shows the movement from the "spirit's" POV, which is merely the lame device of having the camera wheeling and swooping down a hallway (I always wonder why a spirit would still have to be mindful to dodge walls and objects in its path). But the bottom line remains: this movie is not spooky, not even suspenseful. It is actually very boring; thus my need to force myself to finish it.

I think the problem lies more with the director, who just couldn't seem to line up the elements in a way to convey tension and spookiness, and the dialog, which is lame and even appallingly bad at times. I get the feeling that the actors, esp. Moss, could have been so much better had they not been hampered by benign directions and trite, unreal dialog. Kelly, the daughter, comes off less as traumatized and psychologically disturbed, than as a mere moody, sullen and self-centered teen. Her deadpan affect does not convey a sense of deep-seated loss and alienation, but only a jaded look of been-there, done-that. Instead of sympathizing with her, I found myself only irritated by her behavior. The father, as well as all the other characters, always say just exactly what you thought they'd say. It's almost as if any one of us could have written the dialog/story for this film, given 30 minutes.

I'm giving much more time and effort in writing this review than the film deserves. It doesn't warrant it. But it's 2am, I can't sleep and this (and Chardonnay) is what I choose to do to pass the time. This film is basically an average, made-for-tv-type production which doesn't even rile up indignation. It goes through all the predictable moves to a more or less predictable ending. I'm just amazed at how utterly it failed to produce one iota of suspense or scariness, given a neat old Victorian house, Orleans-style graveyards, and an opening for Creole voodoo which immediately died on the vine. None of these elements became integral to the story; they were utilized for a particular scene, then summarily dismissed, like having your picture taken in front of Lincoln's Memorial or Mt. Rushmore--merely backdrop. The atmosphere in this film would have been the same whether it was set in New Orleans, Sacramento or Boise, Idaho.

Bottom line: an incredibly dull movie, without suspense, without scariness, without originality or anything to elevate it beyond mediocrity at best.

Dr. Paul G. SchneiderReviewed in the United States on November 22, 2021
2.0 out of 5 stars
One of those rare made-for-tv movies.
Verified purchase
The movie is absolutely wonderful. One of those made-for-tv movies that were great back in the 90's and early 00's. I had a copy that I recorded off air, but it had commercials. Now, I have it without and it is just as good now as when I first watched and recorded it.

Amazon CustomerReviewed in the United States on August 23, 2018
4.0 out of 5 stars
Decent made for tv movie
Verified purchase
Not bad, decent acting, ok storyline. Worth a watch.

HappycamperReviewed in the United States on November 10, 2017
4.0 out of 5 stars
Four Stars
Verified purchase
I really thought her Mom would be back to the house also.

HAVIN FUNReviewed in the United States on November 21, 2017
2.0 out of 5 stars
boring
Verified purchase
too dragged out and boring
See all reviews
Back to top
Get to Know Us
Make Money with Us
Amazon Payment Products
Let Us Help You
EnglishChoose a language for shopping. United StatesChoose a country/region for shopping.
© 1996-2022, Amazon.com, Inc. or its affiliates