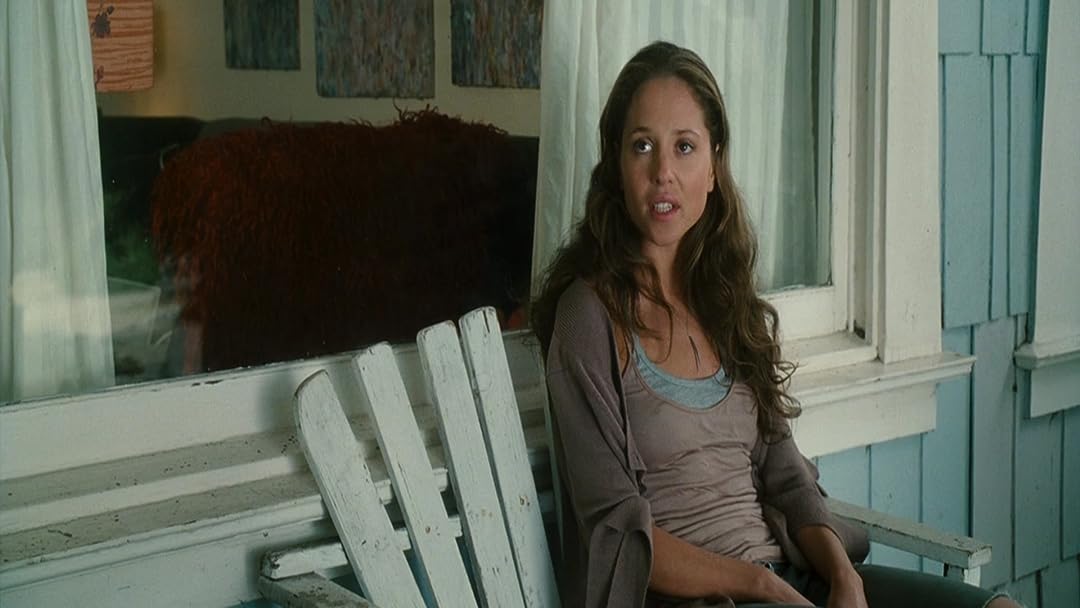 (349)5.81 h 37 min2009X-RayR
High-end lothario Nikki (Ashton Kutcher) sleeps his way into a life of privilege all while crashing at the Hollywood Hills home of a middle-aged female attorney (Anne Heche).

Amazon CustomerReviewed in the United States on November 5, 2019
2.0 out of 5 stars
What a Douche!
Verified purchase
Ashton Kutcher plays an unimaginable douche-bag in this one. He also narrates the film with his wisdom from the book of Douche-baggery. He's like a gigolo except he's got no long game. He snags Anne Heche (smokin' hot btw) who's an L.A. lawyer with a 5 million dollar house and proceeds to screw her over immediately after moving in. She get what she deserves for forgiving him a couple times and then he moves out to be a homeless bum. It was sad because she just had her bagina rebuilt for him. He tries to stay with various acquaintances, but they won't help him because he's a monumental douche-bag.
All the while he takes interest in a waitress who he thinks is a nice girl, but the big plot twist is that she's a nasty hooker. They act as hustling partners while she's hooked into a billionaire who pays her to live in an apartment and get plowed by douche-bags like Ashton Kutcher and whomever.
The only reason I watched all of this is because there's naked hot girl every 10 minutes. The bad part is that douche-bag is usually drilling them. It's distracting.
The best part of this movie is everyone gets what they deserve. The billionaire guy ends up marrying a cheap hooker, who's fixin to clean out half his fortune and the douche ends up delivering groceries and turning tricks in the alley behind the liquor store.

RichardReviewed in the United States on February 26, 2020
1.0 out of 5 stars
Watch a douche be a douche.
Verified purchase
A douche douched a douche then a douche douched another only to be out douched by a douche.
If that ain't enough douches for you Aston Kutcher is also in this 'movie'.
13 people found this helpful

Dana PhelpsReviewed in the United States on December 9, 2019
3.0 out of 5 stars
Romance Novel For Juveniles With Highly Competent Production
Verified purchase
There is no real plot except that a guy who is a male Sugar Baby is forced to mature after dealing with life lessons learned in his 'relationships'. Kutcher is a natural actor but the characterization is thin and he appears to be more ready for roles of a more mature nature, appearing a bit overgrown for the part. There is strong acting in it throughout but not much better than a soapy tv drama can make use of. It looks good as a film with good clothes and nice houses, a lot of attractive people and it's a well made piece of work but it definitely falls short of being anything really engaging beyond a fantastical view of a highly attractive player becoming a man after he experiences the true love from a real woman. it sounds very much like a juvenile romance novel concept with a big budget and a lot of borderline NC 17 sexual content. Heche is a great actor but the chemistry is not real between Kutcher and her, nor are there characters developed well enough to really to get past the extreme charisma from either one on their one.

Worth watching, funny in moments, interesting to talk about if you're a fan of any of these actors and there are a lot of nice moments. It might be better than you thought or a lot worse, depending on your expectations but it's not much more than a junkie sexploitation movie. For what it is, it's actually quite good.
5 people found this helpful

Amazon customer yes i a.Reviewed in the United States on December 7, 2019
2.0 out of 5 stars
tried watching for Anne Heche only
Verified purchase
She is a beautiful lady and I enjoy seeing her. About 12 minutes in a turned it off. Watching a douche of a character trying to be a playboy and gigigoloooo all the while being the narrator is taxing and boring. Dont bother unless you are in love with this type of silly baseless movie.
7 people found this helpful

Amazon CustomerReviewed in the United States on December 22, 2019
1.0 out of 5 stars
PLOTLESS TRASH!!!!
Verified purchase
PLOTLESS TRASH ONLY A TEN-YEAR-OLD DORK WOULD ENJOY!!!!
9 people found this helpful

ACReviewed in the United States on January 17, 2021
5.0 out of 5 stars
Entertaining and Tragic.
Verified purchase
I was searching for "Lothario" and discovered this movie.

Lothario comes from The Fair Penitent (1703), a tragedy by Nicholas Rowe. In the play, Lothario is a notorious seducer, extremely attractive but beneath his charming exterior a haughty and unfeeling scoundrel. Since the 18th century the word lothario has been used for a foppish, unscrupulous rake.

This would have made a good television mini-series. It's similar to, but not as good as, Masterpiece Theater's "Casanova" with David Tennant, which actually is both a comedy and tragedy and is here on Prime as well. If you liked "Spread", check it out.
One person found this helpful

AdrianaReviewed in the United States on June 15, 2020
1.0 out of 5 stars
Are you for real?
Verified purchase
First of all I started watching this alone, then my boyfriend joined me watching the movie, the first 20 mins was OK, but seriously, the guy was such a DUCHE, I can understand that he was a gold digger and pretended to be someone rich, I. get it, cause lately it's become like a fashion statement being gold diggers. But why does she kept putting up with the childish plays of him when she caught him cheating? And after that she became a psycho girlfriend? What did I watched? Like seriously, for real? After that he falls in love with a waitress who is also a gold digger? Wow one for the other. But guess what! She fell in love with him but she rather have money and luxury than being happy. Yeah right. And because he was sad, they had an empty ending in his story, the waitress ended having an empty life and they screenplay an ugly frog for I dont know 10 mins? even more while credits passed? disgusting, and not worth watching.
One person found this helpful

tiggerReviewed in the United States on February 8, 2020
5.0 out of 5 stars
this is a must see if you are in a bad relationship
Verified purchase
i have watched the movie and read some of the other reviews but we forget that these people really exist. in some point in our lives we have come across freeloaders like this. we can only hope that life bites them in the A$$ like it did in this movie. if you take away any type of lesson from this movie you will be better off. most men behave badly because most women are looking for bad boys. all girls are taught that boys treat them badly because they are afraid to let them know that they like them and boys learn from each other because that guy is a douchbag and gets all the hot girls. take a moment and learn something if you don't life him it's because you dated him and if you feel bad for her it's because at some point you have lived that live. learn what not to do and what not to allow if he is an A$$ you can't change him so move on all in all it should be a how not to movie in think both parties did a great job and this is a must see if you are in a bad relationship
One person found this helpful
See all reviews
Back to top
Get to Know Us
Make Money with Us
Amazon Payment Products
Let Us Help You
EnglishChoose a language for shopping. United StatesChoose a country/region for shopping.
© 1996-2021, Amazon.com, Inc. or its affiliates