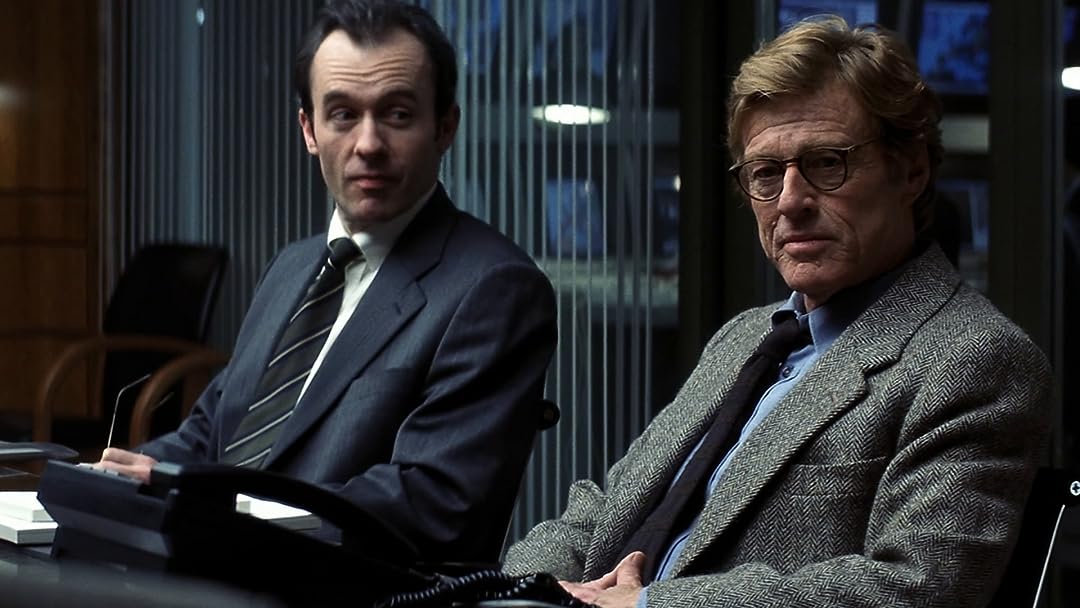 (2,496)
7.02 h 6 min2001X-RayR
On the brink of retirement, C.I.A maverick Nathan Muir is thrown back in the field when the young operative he mentored for years is captured in China and charged with espionage.

earthshipmamaReviewed in the United States on July 24, 2020
3.0 out of 5 stars
Bad Guys are Not So Bad. Is this what we want young men & women to glean?
Verified purchase
15% funny in what is supposed to be a "cute" way, with gratuitous violence and a subliminal theme. This movie is a vehicle presenting empire propaganda to young people whose guardians aren't closely aware of what is being fed in the form of entertainment to their children). No judgment there, but many or most PG-13 movies are entrainment into the ideas presented here as "comedy" and "spy" genre movies.
Poor yoked-up incompetent spy guy gets disciplined by having to work with geeky female computer spy co-worker, whom the 9 year-old boldly identifies as lesbian. With the technology, his cohort's "brains" and his "brawn" they can catch the bad guys. Oh wait, the 9-year old gets in on the action and sweetly attempts and succeeds in manipulating a relationship between her widowed mom and the big softy who is the spy. Same guy who put up cameras in her apartment to spy on her and her mom. He's not so bad. He teachers her how to lie and evade detection.
Gratuitous encoding with introduction of bots that travel through our bloodstreams to "help" people (when the kids bring parents to school to talk about their jobs), on and on with the normalizing of a future none of us wants to continue, much less see.
I'm telling it the way I saw it. This movie is not one I would turn to as entertainment for a child I care about, who will be bringing this into the future with him or her or them. I see it as cabal produced programming with no redeeming lessons or wisdom.
Except this: Even the bad guys are ultimately our teachers. What we learn from them is up to us.

seaheatherReviewed in the United States on April 28, 2015
5.0 out of 5 stars
A Thinking Man's Thriller
Verified purchase
Great in every respect though not for a lazy viewer. Plot is complex, and if you miss a bit of dialogue you miss logical connections (can be helpful to engage the titles)... Brad is fine but Redford walks off with the move; he doesn't so much act as inhabit the character of Muir, who seems custom made for the understated style of this actor. 'Spy Game' is a thriller, but unlike many in the genre, finds more tension in the conference room scenes than in the action sequences. Not that these are dull by any means, but their primary purpose is to develop the moral coda of the two main characters. Also, the issues involved are, for the most part, in the past. The conference room conflict is by its very nature quieter, but it involves a present day crisis and the possible execution of Brad's character. The bureaucratic mind-set of self-preservation and rationalizing contrasts strongly with Redford's character, who has a low-key but more humane and just view of the situation confronting them. Without revealing his mission, which unfolds in real time, and without a lot of judgmental venting, he simply outmaneuvers the opposition and goes his way. The confrontation is more than a test of character, however. It is a battle between the bureaucratic mentality, which has not only lost its moral compass but the ability to think 'outside the box', and the thinking of someone who has had to live by his wits and has learned to function brilliantly in a crisis. This battle has all the punch of David vs. Goliath and gives the movie its kick.
30 people found this helpful

Mindo'ermatterReviewed in the United States on November 20, 2020
4.0 out of 5 stars
One if Redford's Best! The Human Cost of Spying!
Verified purchase
Great compliment to Redford's 1975 film, Three Days of the Condor. This shocking movie will have you questioning CIA operations and intelligence reports forever because of internal power struggles, deception, and corruption.

Redford's compelling acting makes this movie, while his incredible skills draw attention to other characters. Good casting and cinematography made this action-drama film suspenseful and thought provoking. Especially loved the last 30 minutes.

This movie is a believable and essential part of any series collection of espionage movies.
4 people found this helpful

FunWithAJReviewed in the United States on July 4, 2020
2.0 out of 5 stars
Great film, horrible product.
Verified purchase
Great movie, horrible product/seller (super super). This is one of my favorite Tony Scott films which eve. Went on to inspire Captain America: Winter Solider (you can see a lot of parallels in the films). That said, this blu-ray/digital copy/dvd package had a bunch of issues. First the printing looked either 10 years old or fake. Second the main reason I made the purchase was for the digital copy and guess what the digital copy code and card expired in 2012. So I'm not sure if this is simply an overstock or a seller trying to scam people but I had to return this after opening it which I felt bad about. The seller needs to either get active codes OR list in the title that thos is a bluray/dvd combo with expired digital code.
One person found this helpful

joel wingReviewed in the United States on March 23, 2021
4.0 out of 5 stars
Intrigue deception and a thrill ride
Verified purchase
Spy Game is a Tony Scott directed spy thriller featuring Robert Redford and Brad Pitt as CIA agents. Pitt is arrested in China and Redford has to save him. The story writing is very good because it is full of intrigue. Redford even has to act like a spy within his own agency. Just a warning – nothing is at it seems which is why the film is so interesting to watch. That means you really have to pay attention because there is a lot going on. It really is a thrill ride.
2 people found this helpful

Bill E.Reviewed in the United States on November 6, 2006
5.0 out of 5 stars
The CIA - An Inside look!
Verified purchase
THE Movie:

If you like spy movies, this is a good movie to consider. Although the movie was made in 2001, It takes you back to the 70's and to many troubled places around the world. One minute you're in Honk Kong, then in divided Germany, the next, you're in Beirut at the time of the Lebanese civil war where a big part of the movie took place. It reminds us of the Berlin Wall and It shows some of the Palestinian people horrible living condition in refugee camps in Lebanon. It also shows the CIA involvement in Mideast assasinations.

Robert Redford is the main player in the movie. He appeared much older to me than one of his older spy movie (and one of my favorite) from 1975 " Three Days of the Condor". He also proved that he is still a great actor.

The movie is very entertaining and it keeps you thinking and guessing as more and more information is revealed about "Bishop" (Brad Pitt) and the intention of the CIA to deal with "the problem or crisis at hand".

This HD DVD has a great transfer, and the picture quality is excellent! The audio is also great!

There are some extra feautures such as deleted scenes, however, none is in high definition or even in good standard DVD quality. I would only only rate the extras one star.

Luis M. RamosReviewed in the United States on May 24, 2002
4.0 out of 5 stars
Redford And Pitt On Screen
Verified purchase
In my opinion, this is the best movie directed by Tony Scott since "The Hunger". And that's great because the projects he made with Jerry Bruckheimer were below average. "Spy Game" also marks the return of Robert Redford and Brad Pitt after "A River Runs Through It", in which Redford directed Pitt.
"Spy Game" tells the story of a retiring CIA agent (Redford) who trains a rookie (Pitt) in the art of espionage. The relation between the two is the strongest point in the movie because, as a teacher myself, I felt attracted to the fact that a mentor cannot turn his back on his protegé, no matter what the circumstances are. All the way from Washington, D.C., Redford has to make plans to rescue Pitt, who is captured and detained in a Chinese prison while trying to rescue a mysterious pacifist woman ("Braveheart"'s Catherine MacCormack). It's a very good story.
The extras on this DVD are interesting, especially the fact that you can watch behind-the-scenes facts while watching the film by pressing the ENTER button on your DVD remote control whenever the CIA symbol appears on screen. The deleted scenes offer nothing new, except one where Redford is seen on a private conversation with MacCormack showing they know each other, some moments before she is seen with Pitt in a bar in Beirut. So if you want to watch a good espionage movie, this is your ticket.
4 people found this helpful

Duane SchmidtReviewed in the United States on May 14, 2020
1.0 out of 5 stars
Amazon ripped me off and I'm upset
Verified purchase
I ordered this movie on May 8, rented it and put it in my queue. It said I had 48 hours to watch it once I started. I started about 7:00 p.m. yesterday, May 12 and watched all but the last 20 minutes of the movie. It's now 8:00 p.m. May 13, 25 hours the way I was taught to keep time. Amazon won't let me access to the movie, wants me to purchase it again. I can't find any help on this on their webpage, and I don't want to Google it anymore.
3 people found this helpful
See all reviews
Back to top
Get to Know Us
Make Money with Us
Amazon Payment Products
Let Us Help You
EnglishChoose a language for shopping. United StatesChoose a country/region for shopping.
© 1996-2022, Amazon.com, Inc. or its affiliates