Live and Let Shop (Spy Goddess Book 1) and millions of other books are available for Amazon Kindle. Learn more
Share <Embed>
Have one to sell?
Sell on Amazon 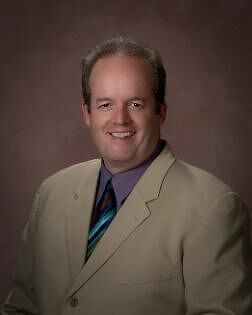 "Knight Kyle and the Magic Silver Lance" by Oliver Pötzsch
Beyond the great forest and towering Dragon Mountain lies Fairyland, a land of elves and trolls, dragons and giants, magicians and fairies. And in one corner, Fairyland East, lives Knight Kyle. | Learn more

Grade 7-10–Rachel Buchanan, 15, is Blackthorn Academy's newest student. Arrested in California for grand theft auto, the wealthy teen is sent to this Pennsylvania boarding school to avoid a sentence in juvenile detention. It is here that Rachel's life changes forever. Blackthorn Academy is no ordinary boarding school, and Jonathon Kim is no ordinary headmaster. Rachel's penchant for discovering the truth leads her unwittingly into her first mission–to save the Book of Seraphim–and ultimately to uncover Kim's secret. A former FBI special agent, the headmaster runs a covert operation through the school to protect the world from Simon Blankenship, another former Special Forces agent who believes he is the mythical underworld god, Mithras, reborn and destined to rule the world. Although the characters are not terribly complex and the plot is fairly far-fetched, the book is an entertaining page-turner. Spradlin captures the perfect teenage voice in his protagonist; she is more than just a spoiled, fashion-conscious teen from Beverly Hills–she is the Spy Goddess–witty and smart with an edge. Overall, this is an intelligent, exciting mystery that will have broad appeal.–Leigh Ann Morlock, formerly at Vernonia School District, OR

Gr. 6-9. Someone has stolen the Book of the Seraphim, and legend has it that the second coming of Mithras is near. Fifteen-year-old Rachel Buchanan, an unenthusiastic student at Blackthorn School, wouldn't care except that her class recently visited the museum that houses the artifact, and she overheard her headmaster talking urgently to an FBI agent. Something is up, and Rachel isn't one to sit by without investigating. When Headmaster Kim disappears, Rachel is the only person with enough information to rescue him. Boys as well as girls will be attracted to this first book in a proposed series, and they'll eagerly follow Rachel's adventures, similar in feel to Alex Ryder's, but more about solving puzzles than using gadgetry. Cindy Welch
Copyright © American Library Association. All rights reserved

Michael P. Spradlin was born and raised in a small town in Michigan. Since the publication of Spy Goddess, Book One: Live and Let Shop, he has been hard at work chronicling the rise of the Mithrian menace. This work requires him to travel the globe extensively, searching out Mithrians wherever they may be. When not traveling he lives in Michigan with his family, where he keeps a close eye on suspicious Hoosier activity in nearby Indiana. If you have information on the activities of suspected Mithrians you may contact Michael Spradlin via secure, encrypted, virus-free e-mail through his website, www.MichaelSpradlin.com.

Read more
Start reading Live and Let Shop (Spy Goddess Book 1) on your Kindle in under a minute.

4.0 out of 5 stars
4 out of 5
14 global ratings
How are ratings calculated?
To calculate the overall star rating and percentage breakdown by star, we don’t use a simple average. Instead, our system considers things like how recent a review is and if the reviewer bought the item on Amazon. It also analyzes reviews to verify trustworthiness.
Top reviews

Kindle Customer
5.0 out of 5 stars Loud, aggressive but a heroine all the same
Reviewed in the United States on January 11, 2020
A great read. Yes it might be for teens but don't be fooled it's a book that most adults will enjoy. A plot that has subterfuge, an evil mastermind, mysticism, a touch of paranormal and treasure. The heroine is a mouthy, aggressive teen who finds herself facing either a juvenile term or a year at a boarding school.
Force into taking the school (her father is constantly making deals whilst her mother self medicates with liquid refreshments), she arrives to find that the headmaster knows more about her then she does. Her roommate keeps trying to guess where she had seen her before and strange dreams are experienced by both girls. Throw in a stolen book from the museum, a locked room for special students, a missing headmaster, a secret den and an email threat. Can she, her roommate and two male students work out what has happened to the headmaster and who thinks they are a 'god'reborn?
Great characters, nice flowing storyline, well paced with action at the right instance - to keep the reader reading. The characters are as teenage as you can wish for - from the cocky to the rule follower but each adds more colour and depth.
Read more
Helpful
Report abuse

Reacher Creature
5.0 out of 5 stars A fun read!
Reviewed in the United States on November 17, 2009
Meet Rachel who is 15. She's had trouble with her mouthy attitude, problems with school, and her parents who don't seem to have time for her. Now she's in major trouble with the law. She goes before the judge and she gives Rachel a choice: Go to Juvie or to a private school for a year. It's a no brainer, Rachel choses the school and she's not sure she made the right choice.

She now goes to Blackthorn Academy. Rachel soon finds out that everything isn't what it seems to be. First off, she's not in normal classes, she's taking martial arts, CSI classes and Code Breaking classes. She finds out that the top floor is locked and is just open for 10 special students, and Rachel isn't one of them. She's not going to let that stop her to find out what's up there.

The headmaster at Blackthorn Academy is no ordinary headmaster. Mr. Kim has secrets to who he is and who he was growing up. One day, he vanishes and nobody seems to care or notice, nobody but Rachel. Rachel takes the task to to find out what happened to him and to discover a secret of a book, a book people will kill Rachel to get.

This book was such a fun read, I loved it. This book has a lot of great characters that will get the reader hooked and not let go into the last page.

This is a great series and I can't wait to get the second book. If you start it, I can promise you won't be sorry. I know I wasn't.
Read more
One person found this helpful
Helpful
Report abuse

Amazon Customer
4.0 out of 5 stars Really Liked It!
Reviewed in the United States on March 29, 2014
*I was sent this book to review from NetGalley*
This was a very light read. If you are looking for a novel that is cute, but still interesting, then this is your book! I thought that it was very witty with well-written humor. The characters were adorable and I felt so connected to them. And can we please talk about the plot twist? The plot twist. Oh, the plot twist. It was extremely unexpected and I thought it was absolutely genius! The plot twist made this book so much better than what I expected.

There were a few mistakes in this book. Spradlrin tended to contradict himself occasionally. There were a couple places in the novel where he would say one thing in a sentence and then a few sentences later, would claim something differently or write the complete opposite of what was said previously. Besides that, though, I did not find anything else that I had complaint about.

Overall, I really liked this book! I would definitely recommend reading it. I would probably recommend it to age 13 or 14 and up.

Tulip
5.0 out of 5 stars Great book!
Reviewed in the United States on June 26, 2019
Well written and interesting plot! It's a good start to the series. The humorous bits aren't overdone and are actually kind of funny.
Read more
Helpful
Report abuse

Lee Kirkpatrick
5.0 out of 5 stars An Awesome Story
Reviewed in the United States on April 4, 2005
I loved this book! From the very first chapter, you know that the main character, Rachel Buchanan, is going to have a lot of life changing stuff happen to her.

The story opens with Rachel getting sent to boarding school because she's caught joy-riding in a car and won't tell the police or the judge who was with her. So the judge makes her go off to this weird boarding school in Pennsylvania called Blackthorn Academy.

When she gets there she meets the headmaster Mr. Kim who knows all about her and promises her that she will grow to love Blackthorn Academy. Rachel gets into lots of arguments with him and it's all very funny and witty.

But the main thing she does at first is try her hardest to get out of the school. She tries to escape the first night but that doesn't work out.

Then she starts noticing there are a lot of weird things about Blackthorn. She has to take weird classes like Code Theory learn Tae Kwon Do.

From there the story really zips along. I found that I almost couldn't read it fast enough. There's lots of excitment and action and when Mr. Kim mysteriously dissappears, Rachel uncovers a dark secret about Mr. Kim and the Academy and she is the only one who can find him. It's a really exciting finish and it left wanting to read the next book right away.

I really, really loved this book and I can't wait for the next one!
Read more
3 people found this helpful
Helpful
Report abuse

Little D
5.0 out of 5 stars Spy Goddess is a great book!
Reviewed in the United States on May 14, 2006
I read this in practically one sitting. I LOVED it! The main character, Rachel Buchanan,is a spunky, rebellious, 15 year old with a big imagination. I think any teen would like reading this book.

I can't wait to read the sequel.

My recommendations (both by Francine Pascal):

Y/Afictionlover
5.0 out of 5 stars Amazing.
Reviewed in the United Kingdom on March 8, 2012
Verified Purchase
Live and Let Shop is probably one of my favorite spy novels. The main character, Rachel, is one of the best heroines I've read about in a long time; I'd say she's about a 9 out of 10 on the kick-ass scale. The Spy Goddess series is amazing and I wish it was read by more people. It's like The Gallagher Girl's series by Ally Carter but better. Yep, it's that good. I would recommend it to everyone I know, it definitely deserves more publicity. Buy it, you won't regret it.
Read more
2 people found this helpful
Report abuse
See all reviews
Back to top
Get to Know Us
Make Money with Us
Amazon Payment Products
Let Us Help You
EnglishChoose a language for shopping. United StatesChoose a country/region for shopping.
© 1996-2021, Amazon.com, Inc. or its affiliates