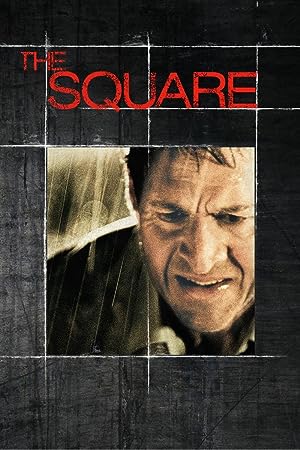 (102)
6.71 h 46 min2009X-RayR
Ray and Carla are having an affair and unwittingly start a violent sequence of events that quickly spirals out of control into arson, murder and blackmail when they attempt to run away together.

D. LarsonReviewed in the United States on January 22, 2019
4.0 out of 5 stars
Dark fun from the land down under
Verified purchase
If the best laid schemes o’ mice an’ men gang aft agley, how much more so the haphazardly laid plans? That’s the premise of the slight but thoroughly enjoyable “The Square”. A man listens to his smaller head and then lets his bigger one get him involved in one shady deal, then another, each inexorably leading to the next disaster. As it so often does, an illicit affair and a satchel full of ill-gotten cash are what enable an otherwise only marginally dishonest guy to work himself in deeper and deeper until the guns come out.

I liked it, not least because I didn’t recognize any of the pretty darn good Australian actors. With so many American studio movies, you got the Ben Affleck Effect.

You know, where a movie starts out with a decent premise, nice acting, an engaging plot and then….Ben Affleck shows up. Or Leonardo DiCaprio or George Clooney and suddenly you’re jolted out of the movie with, “Hey! Ben Affleck!”

And then you’re comparing the current movie with that other Ben Affleck performance in the that terrible Boston bank robber movie or the execrable one where he fights Superman, and it takes a while, if you can at all, to stop thinking of Ben Affleck and get back to the actual characters in the movie. None of that with this small budget pleasantly nasty Australian production. New faces you don’t associate with other movies. You can submerge into the complicated premise along with the characters.

Good photography, a tropical deluge (I don’t picture it ever raining in Australia. How wrong I was!), a couple three unexpected twists, and a car chase. It’s cool how odd car chases look to us Americans what with everybody chasing while driving on the “wrong” side of the road. Aussie slang is fun, an amusing discussion of how to build your own shark cage, throwing shrimp on the barbie, and swimming dogs. What is not to like?

As so often, lust, miscommunication and a bag of money are all that’s required to get the wheels in motion, and the wheels turn in sometimes comic, sometimes appalling directions. Not the best thriller ever made, but far, far from the worst and well worth your couple hours on the elliptical. Recommended!

I’d never have seen it without Amazon Prime, so, “good on ya, mate!” for that.

Scot BedfordReviewed in the United States on March 5, 2019
5.0 out of 5 stars
ON THE GRIFT DOWN UNDER
Verified purchase
This is a good flick. Definitely worth watching if you like low down grifters, sinners, adulterers,murderers, liars ,thieves, cons and bullies. Your protagonist RAY has a nice house, good job, nice wife and a good life. But that is not enough. He is rutting in the front seat of a sedan with a hottie half his age. From Ray's lust and adultery all the sins from THE 7 DEADLY SINS FLOW. But Ray is no JESSE JAMES. RAY had a well ordered life. But once he turns to lust it's like he has pulled on a thread and unravelled the tapestry of his life. Each crime goes afoul in a spectacular fashion causing unintended but tragic consequences . I saw a couple reviews griping 'bout this and that. These reviewers are setting the bar too high IMHO.. This is a very entertaining flick; and a morality tale from the continent down under. Don't go on the grift unless you are prepared to pay the devil his due.
One person found this helpful

Robert Michael RogersReviewed in the United States on December 23, 2010
4.0 out of 5 stars
THE SQUARE
Verified purchase
The Square is yet another fine Austalian drama. It tells of an affair, of betrayal, and revenge. It is set in the construction site of a large road bridge. An unlikely location for a powerful drama.
The opening scene in the rain where the leads are bonking furiously in an old Ford Laser may seem a bit off putting for some viewers (how could they fit in such a small vehicle). The plot is unusual but highly believable leading to a dramatic and surprising finale. They say The Square is a 'stroke of twisted genius' and I heartily concur.
As usual in Australian movies the leading actors are ably assisted by a team of polished minor characters, all drawn from Australian theatre and television.
I get The Square feeling this will become a Cult Film.
Mash Edgerton's direction and Luke Doolan's editing are tight and up to the highest standard.
Three and a half stars.

Todd M.Reviewed in the United States on July 21, 2019
4.0 out of 5 stars
Does having an affair ever work out OK?
Verified purchase
In this movie the answer is no. Take an affair and add the need for some cash to run off to a happier time then throw in some poor decisions and watch the chaos grow because if it can go wrong it will. It’s a clever movie but the title has little to do with it.

avid ritaReviewed in the United States on December 3, 2011
4.0 out of 5 stars
Very black humor!
Verified purchase
Seminal film noir -- not for everyone, certainly, but for those who appreciate how the foibles of weak character can unleash the mighty unpredictable rages of fate. Maybe I'm demented, but I found this film particularly funny as each action by these flawed humans leads to grotesquely darker and darker results, punching Br'er Rabbit's tar baby and getting stuck more deeply and irrevocably with each effort. Clearly the sick humor is intended, cue the big dog's swim across the channel (whoops), or Santa Claus tearing away his jolly garb in a mad dash with the rest of his firehouse crew to the fire engines - and you just KNOW where they are going. Think SNL's old Mr. Bill series: "Oh, no!"
One person found this helpful

JrobbyReviewed in the United States on October 9, 2015
5.0 out of 5 stars
A brilliant look at "these things we do."
Verified purchase
Absolutely brilliant writing, directing, and acting in this movie. I enjoy watching a lot of thrillers and mystery movies, but I spent this entire movie with my hands almost over my eyes going, "What next? Oh my gosh, noooo!" It's that good and unexpected. The plot unfolds like Murphy's Law to the nth degree, and you stay hooked because the actors and writing work hard to make you care about seeing what happens to the characters - even if you may not like them very much. Highly recommended viewing for fans of small but powerful films.
2 people found this helpful

Heidi MallonReviewed in the United States on January 16, 2013
4.0 out of 5 stars
Great film noir thriller
Verified purchase
This was an excellent film with a simple plot but clever twists. If you are a looking for an entertaining film in the crime/thriller genre that is not a conventional story, watch this. The characters are completely believeable and the writing is absolutely top notch. I would definitely watch more movies directed by Nash Edgerton and written by Joel Edgerton.
One person found this helpful

FedericoReviewed in the United States on December 17, 2015
4.0 out of 5 stars
On the edge!!
Verified purchase
Really good movie!! I don't have time to break it down at all cuz I'm busy but wanted to at least take the time to let you know it's worth it. The lead delivers a very believable and anxious-filled performance. A suspenseful movie.
See all reviews
Back to top
Get to Know Us
Make Money with Us
Amazon Payment Products
Let Us Help You
EnglishChoose a language for shopping. United StatesChoose a country/region for shopping.
© 1996-2022, Amazon.com, Inc. or its affiliates