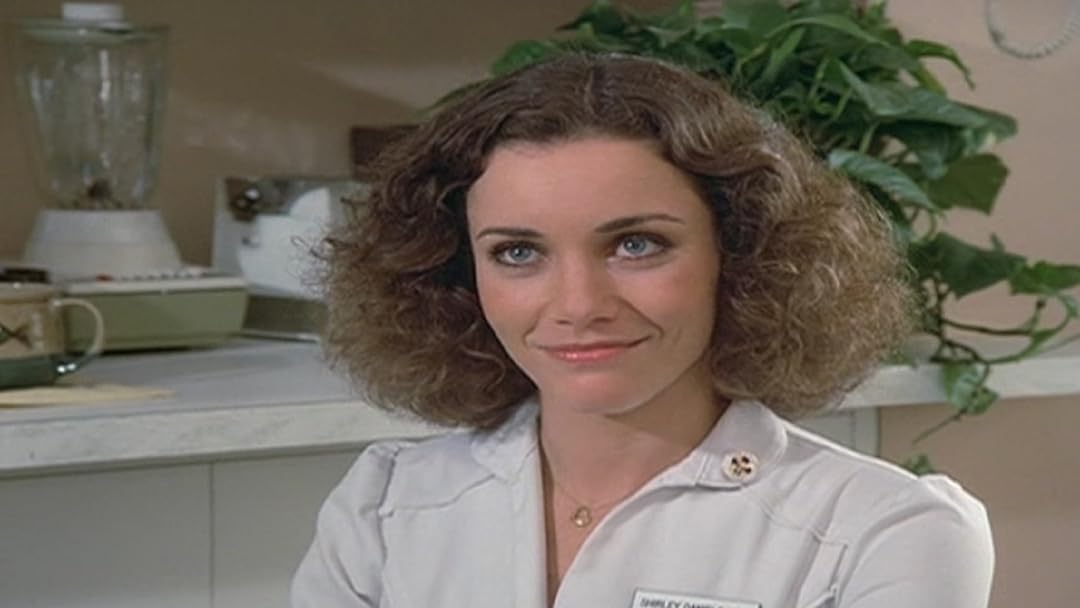 (482)7.9198313+
The storylines illustrate the human characteristics of doctors, nurses, and other medical personnel, and how their tremendous responsibilities affect their lives. Understaffed and overburdened, the doctors, first-year residents, and nurses of the chaotic hospital often rely on humor to cope with daily pressures.

Old McDonaldReviewed in the United States on July 20, 2017
5.0 out of 5 stars
GIVE US MORE!
Verified purchase
I watched this show religiously in the 80s and bought the first season on DVD when it first came out MANY years ago. I cannot FATHOM how a show that was so popular and critically acclaimed has not had any MORE seasons released in all this time! Considering that there are shows that only last two or three season before cancellation that get released (for instance, I've bought the complete sets of "Sportsnight" and "The Adventures of Brisco County, Jr.") I just don't understand where the remaining seasons of THIS show are! Does ANYONE have an idea?
43 people found this helpful

C. BrowneReviewed in the United States on May 22, 2019
5.0 out of 5 stars
ST. ELSEWHERE--ABSOLUTELY the BEST MEDICAL Series EVER!!! The Other 5 Seasons Are WAY OVERDUE.
Verified purchase
Hadn't seen St. Elsewhere for a very long time--until last night--such an EXCELLENT series. We bought it in 2006 & still waiting for the next 5 seasons--& looking at the other reviews it looks like many others are also. It was more medically realistic than any other medical show, before or since, & the acting was absolutely superb--no others can hold a candle to it; you felt more like a participant than a viewer & how that hour flew by. I'll never forget Mrs. Hufnagel on a clamshell. It's so sad that several actors from it are now deceased. Very, very few series were good in our estimation, but St. Elsewhere was totally at the top of any medical series & still is. The mold was broken after it ended. Hopefully the other 5 seasons will be released....many are waiting. (5/22/2019--Wed.)
16 people found this helpful

bcbeadsReviewed in the United States on April 13, 2016
5.0 out of 5 stars
Pray to St Elegius that they release the rest of the series!
Verified purchase
This TV hospital ensemble series was so startling and quirky, its characters real with real personal lives, and patients who were more than just vehicles for terrible diseases or accidents. It beat Dr Marcus Welby all to bits. It is a shame that the powers that be do not release the 5 remaining seasons. Who has a VSH player these days (one that works, anyway)?

It is a treat to see the many famous actors who were in this series, and the ensemble chemistry of the cast is a joy to watch.
If you like Chicago Hope, and ER, you will like St Elsewhere. By the way, St Elegius, the namesake of the fictional hospital where the drama takes place, was the patron saint of actors in the Middle Ages. Sort of an inside joke....

RobertaReviewed in the United States on December 15, 2017
4.0 out of 5 stars
Need All Seasons
Verified purchase
This show is the best. I eagerly purchased season 1,only to find out the other seasons are not available. Please release the others and I'll buy those too. Thanks
19 people found this helpful

W WhiteReviewed in the United States on April 15, 2019
5.0 out of 5 stars
So good
Verified purchase
I never watched this TV show when it was on network TV. But after reading the reviews I thought I would order it. Plus, Denzel is in it, so why not? Let me just say I agree with all the other reviewers - absolutely fantastic, engaging prime-time TV. It's hard to explain what makes this good- you just have to see it - the camera angles? The long-pan single shots? The characters? I don't know. It's just good drama. And I don't mean like today's TV DRAMMMMMAAAA, it's simple human emotional drama with great story lines.
6 people found this helpful

David M. StrickhouserReviewed in the United States on July 22, 2021
5.0 out of 5 stars
One of television's finest hours!
Verified purchase
When describing "St. Elsewhere" I'm reminded of a TV Guide print ad noting the series finale in 1988: "The final hour of television's finest hours."
Helmed by a stellar cast of actors including Norman Lloyd, William Daniels, Ed Flanders and then up and coming talents Ed Begley, Jr., Denzel Washington, David Morse and Howie Mandel, the medical staff of fictional St. Eligius Hospital tried their very best to "do no harm" while telling compelling, emotional human dramas of patients and practitioners.
What I am puzzled by is why the entire series hasn't been issued on DVD by now (2021)? Only this first seminal season of the show has been issued.
Still, I am at least grateful to have this much of the brilliance that is "St. Elsewhere".
One person found this helpful

B. MaroldReviewed in the United States on July 23, 2013
5.0 out of 5 stars
Catching up with a classic show.
Verified purchase
I did not view "St. Elsewhere" when it first ran from 1982 - 1988, perhaps because that was the period when I was usually at work 12 hours a day (most especially in 1982), although I recall being aware of it and its principal leads, Ed Flanders, Norman Lloyd, and William Daniels, and I recall hearing of Denzel Washington's leaving the show at its conclusion to a big career in film. In this first season, Washington has a small role near the end of the season. The major players in story arcs for the first season are Ed Begley Jr., David Morse, Howie Mandel, Terence Knox, and Kim Miyori (who is not even in the main credits.)

The glory of the series was this huge cast, and a list of future great guest stars such as Tim Robbins and Tom Hulce, before Robbins went on to "Top Gun" and even bigger roles and Hulce went on to an Academy Award nomination for his role in Amadeus. The big cast meant you could have a wide variety of characters every week. Ed Begley was smart, but awkward and naïve with the demanding head of surgery (Daniels). David Morse was a good, contentious doctor, who stretched himself too thin. Terence Knox was an average resident, who could not deal with his family life. Howie Mandel was an excellent resident in the ER, but inconsiderate of his fellow doctors.

One character which deserves a lot of credit is the fictional hospital after which the series is named. It always stands as a Cinderella to the famous "Boston General", a fictionalization of "Massachusetts General" in Boston. I can't help thinking that just a little inspiration for the series came from the film "The Hospital" which also takes place in an older center city hospital. The exterior and the look of the corridors exude age.

Perhaps one of the best things about the series is that it is the "anti-House". People get punished for breaking rules and going off on their own way of doing things. At the same time, there are no genius doctors. The three senior staff members, played by Flanders, Lloyd, and Craig are very good, perhaps some of the best in Boston, but they are no Gregory House. We see the reality of the way things work in hospitals.
I would not say there are any supremely great episodes in Season 1, but the level of storytelling, the interlocking arcs, is consistently high, and things hang together better than they did in "Hill Street Blues" which ran at about the same time.
18 people found this helpful

SylviastelReviewed in the United States on July 11, 2012
5.0 out of 5 stars
They Don't Call This Place Saint Eligius, They Call It St. Elsewhere!
Verified purchase
St. Elsewhere is the perfect television drama from the 1980s. It's still timeless classic drama in the making with cast members like a young Denzel Washington, Howie Mandel, Ed Begley Jr., William Daniels, Norman Lloyd, and Ed Flanders just to name a few. St. Elsewhere was ground-breaking television that still sends chills down my spine. It was worth watching every week long before Tivo and DVRs when people would discuss the show at the water cooler.

St. Elsewhere earned every Emmy Award as well as other accolades along the way. It's one of the best dramas period with a memorable theme song. One of the reasons that ER never lived up to this series is that St. Elsewhere was a labor of love for the cast and crew. For six seasons, they fought to keep the show on the air without huge contracts for it's stars. It was an ensemble piece that still lives up to the reality of the medical hospital.

St. Eligius is still remembered as the dumping ground hospital with young, aspiring doctors who work hard and long hours with little sleep. There is plenty of reality here long before it was fashionable. The cast and crew were talented, honest, candid, and above all the best. They were diverse and believable in their roles. Medical dramas today have gone more to the personal aspects of the major characters. They lost focus on the situation of it all.

St. Elsewhere spent six years struggling to stay afloat. It couldn't have been done without team work on a massive scale. They never earned the Emmy Award for Best Drama but TV Guide recognized this treasure from the past as the best of all dramas to ever air on television. I enjoyed the special features with Tim Robbins as the angry young terrorist the first few episodes; Doris Roberts as homeless bag lady Cora in an Emmy award winning performance and David Morse as the lovable Dr. Jack Morrison.

On four DVDs, they include 22 episodes with special features about "Cora and Arnie;" "The place to be;" Tim Robbins; and Dr. Jack Morrison. Watching this series again, I relived watching the brilliance of this series and pray that the powers that be release the remaining seasons on DVD. Guest stars in the series included Doris Roberts and James Coco (Emmy winners for their performances in "Cora and Arnie"); Tim Robbins; Ernie Sabella; Laraine Newman; Christopher Guest; Candace Cameron as Megan White; Robert Davi; Nan Martin; Elizabeth Kerr and more.
16 people found this helpful
See all reviews
Back to top
Get to Know Us
Make Money with Us
Amazon Payment Products
Let Us Help You
EnglishChoose a language for shopping. United StatesChoose a country/region for shopping.
© 1996-2021, Amazon.com, Inc. or its affiliates