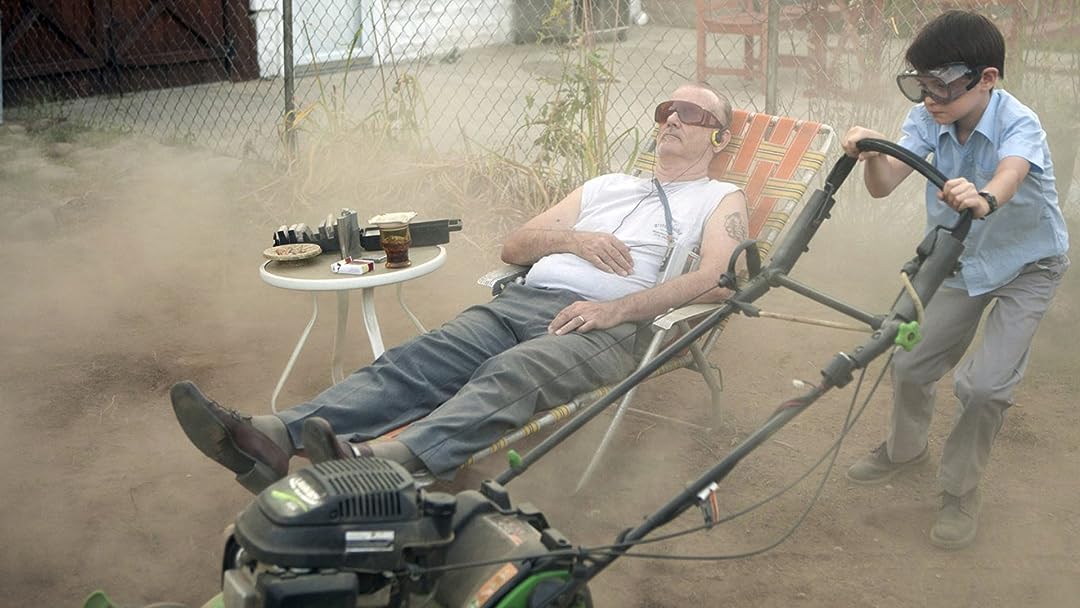 (7,609)
7.21 h 42 min2014X-RayPG-13
Bill Murray and Melissa McCarthy star in this hilarious comedy about a war vet whose idea of after-school activities for his 12-year-old neighbor includes race tracks and strip clubs.

JeffReviewed in the United States on September 3, 2022
5.0 out of 5 stars
A wonderfull feel-good movie with an excellent cast.
Verified purchase
This movie was a great surprise, the cast is the best and the boy actor is amazing, and as a feel-good movie
it's right up there with other favorites that do my heart good whenever I watch them.

dennis simeoneReviewed in the United States on September 12, 2022
5.0 out of 5 stars
great movie
Verified purchase
nice to take along on a trip when u wont have internet

Tommy MReviewed in the United States on August 1, 2022
5.0 out of 5 stars
Rollercoaster of emotions
Verified purchase
I’m not a movie guy but this is top 5 for me. Starts off kinda dry but the story unfolds and touched a lot of emotions for me. You will laugh and possibly cry at the end.

MAMA ALVAREZReviewed in the United States on February 20, 2015
5.0 out of 5 stars
Good movie, great acting by all of them specially ...
Verified purchase
Good movie, great acting by all of them specially the little kid ( Jaeden Lieberher) who's life evolves around the main grown ups like Bill Murray, Melissa McCarthy and Naomi Watts. He plays Melissa's son, whom struggling to make a living while after her divorce and is now fighting for full custody with x-husband for her child. Do not watch this movie expecting it to be a comedy, because it is not. Also, this is "completely" a Bill Murray movie.
He's role as "St. Vincent" is one of the best, if not his best since I have seen his movies and I have grown to like him more and more in my opinion, as he seems to have matured maybe within the last 5 years. (I was never a fan of movies like Ghostbusters, as popular as it was) the story takes Melissa and her kid (very smart and educated and was great in his timing with his lines) so while she is hard at work till all hours realizes has no one to take care of her kid, after hours, not even time to take him and pick him up from school.
Bill is a retired vet living alone and hooked in gambling, drinking, and of course playing the "ponies" with the hopes to hit the jackpot at one point.
He doesn't care about the conditions of how things are within his house simply because he's just not organized and life has hit him hard and takes things one day at time. However, under all that "carelessness" lies his true responsible self while trying to maintain his wife at an "assistance care" facility and paying for it best he can and has been doing it for ten years or so, to make sure she gets the best possible care while suffering from dementia.
Melissa needs assistance with someone to take care of her kid while she's at work and he needs extra money to survive and keep up with his gambling, drinking ways and agrees to take of the boy after hours by charging her horrendous rates without her having no choice but to pay them.
Both Bill and the kid (Oliver) end up "developing a great friendship" even though at first he wasn't too crazy about kids, any kids.
Script was well written and the acting was great from each of the characters playing their respective roles. It is a story about life with a different point of view of life from "each and everyone" of them struggling through it while trying to make sense of it all. You'll smile at times, you will feel as if you have been living right among them as a shadow as the movie allows you to get close to the characters and you will feel sad at times and you will laugh at times.
There are great scenes when Bill is laying in his lounging chair in his back yard drinking beer and listening to his I-pod music while teaching the kid how to earn and learn responsibility when gives the kid a chore to complete which is hilarious as to what the chore ended up being! (it is vintage Bill Murray) which Melissa gets home while this is going on and was surprised to see.
There are no sex scenes, there are lots of life lessons letting you know how "everyone" in this world struggles one way or another on a day by day basis while at the same time caring for a love one that means lots to you, no matter how hard you go about doing it.
You also should be very satisfied with a great ending of this movie having to do how Oliver, in learning each day more and more about his new found friend Bill (neighbor) and the man's struggles that all thru his life appeared to not matter to anyone, even him, although he was a great human being and finally gets recognized for it, by who better than Oliver that to his (BILL) surprise, put tears in his eyes and it might just do the same to you, when you watch it. Enjoy it.

cherylReviewed in the United States on July 29, 2022
5.0 out of 5 stars
Funny yet touching movie
Verified purchase
One of the best movies I've seen - total sleeper hit. The kid was amazing in his role and Bill Murray nailed it,

james carrickReviewed in the United States on July 31, 2022
5.0 out of 5 stars
great
Verified purchase
a ok

Micki AllenReviewed in the United States on February 16, 2015
5.0 out of 5 stars
Discovering the Saints behind the Sinners
Verified purchase
Cherubic kid saves grizzled curmudgeon. This scenario has been a staple of the big screen since time immemorial. Yawn, right? Oh, did I mention the lovable hooker with a heart? Gah! The frazzled single mom down on her luck? Gag. When I saw the previews for this film I actually groaned out loud wondering just how many stereotypes could be jam-packed into a single film. Still, I couldn't escape from the generous ratings and praise it kept receiving, and had to see for myself what this little tale had to offer. Thank Heaven, I did.

Granted, the linchpin is none other than Bill Murray himself cast in the title role. It's no secret that Murray is a comedic genius, and any other actor portraying the old drunken bastard whose holiness is hidden and the film would have been a Hot Holly Hobby Mess. That said, the film's true integrity comes in the form of Melissa McCarthy whose real talent is often hidden behind fat jokes and potty humor. When she vomited her vitriol at her philandering ex-husband at the parent-teacher conference, her performance was so organic and perfectly delivered, I was gut-punched and had to pause the film to catch my breath. The fact that she isn't overshadowed by Murray's on-screen brilliance is a feat in and of itself. Kudos to McCarthy. I pray she gets more roles worthy of her enormous talent.

This film has its critics, especially those who find it formulaic and even the naysayers who warn of the "bad parenting" it encourages. These viewers are sadly missing the entire point of the film.Yes, the plot may be predictable, but it's never saccharine. The raw, gritty underbelly makes sure to keep any overly sentimental tripe in check. Anyone who's dealt with PTSD or alcoholism (or both) will feel the authenticity of Murray's claustrophobic performance. And frankly, I find it refreshing to see a current film that isn't afraid to even mention religion without demeaning it and still manage to remind us that even the worst of us have worth and something of value to offer society without sermonizing. Experienced moviegoers may be offended by the slightly sappy soundtrack -- but it's not just a rookie mistake. It'll be nice when directors finally realize that they needn't outline what's happening on screen with their perfectly timed auditory cheat-sheets.

I expect we'll be seeing more from director Melfi who was smart to "play it safe" with a time-proven plot and managing to pull such far-reaching talent into his project because it worked, and worked very, very well. Be aware that this isn’t just a “feel-good” flick. It has shrewd grit and gusto between the hardy (and hearty) laughs.
2 people found this helpful
See all reviews
Back to top
Get to Know Us
Make Money with Us
Amazon Payment Products
Let Us Help You
EnglishChoose a language for shopping. United StatesChoose a country/region for shopping.
© 1996-2022, Amazon.com, Inc. or its affiliates