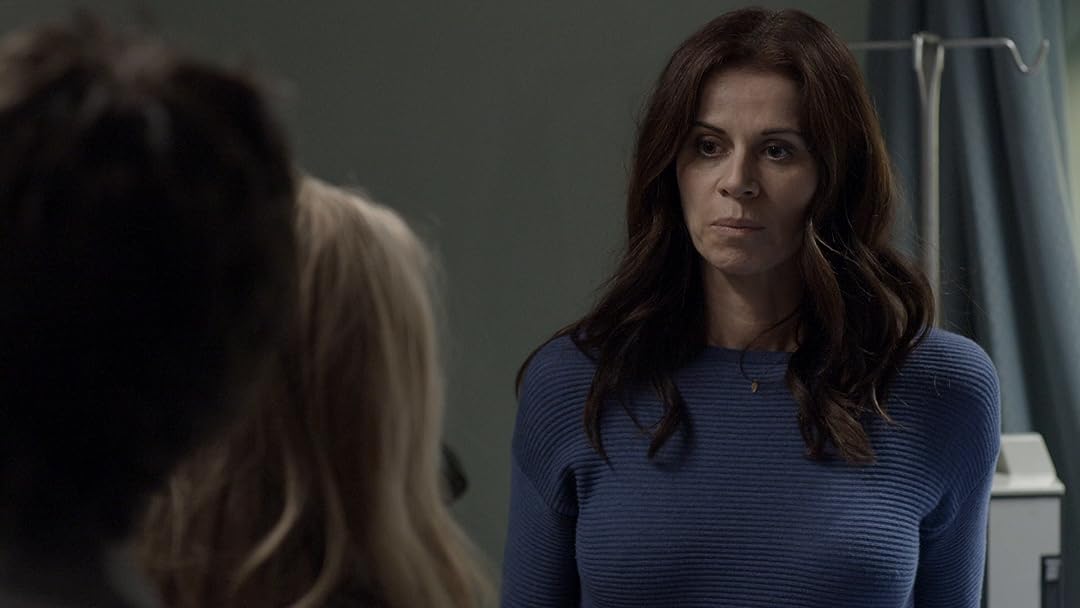 Stalked By My Mom

(55)
5.21 h 26 min201613+
Starring Jennifer Taylor and Danielle Chuchran. When high school senior Maddy falls in love with a college guy, she realizes her own mother is a deranged stalker with a twisted desire to kill her new boyfriend.

LisaKayReviewed in the United States on October 28, 2017
1.0 out of 5 stars
An Honest Opinion
Verified purchase
I can not believe every review I read said how awesome this movie is. It is not. The teenage daughter's acting is horrible. The other actors sub par.. I officially no longer trust Amazon reviews. Way to many robot accounts giving false reviews is my working theory. As far as plot twists-there isn't one save for the obvious overdone cliché twist. Within 5 minutes I knew 'who dunnit'. All I can do is keep giving my honest opinions on Amazons digital content and hope it saves someone else some money or at the very least their time. That's my opinion. Take it or leave. Good luck and happy viewing!
14 people found this helpful

Stephanie L.Reviewed in the United States on January 13, 2021
2.0 out of 5 stars
No
Verified purchase
Whoever made this movie tried to minimize the sick behavior the mom has towards her daughter, even making light of it at the end. They expose a bigger ill coming from someone else, as if that justified or erased the mother's wrong doings. This isn't healthy behavior, it's not funny and it happens in real life. Overprotective moms who stalk their sons or daughters and basically ruin their lives.

What's worse, is she's made out to be some sort of victim and perhaps even a heroine when she's far from it. She could have shown some sort of remorse for destroying a whole family, but she didn't. The movie's hard to watch because of all the elements that were toppled on top of the other.

I love watching movies, especially those with dramatic suspense like these ones, but this was too much.

Mr. Muh4kin ExQuireReviewed in the United States on April 4, 2021
4.0 out of 5 stars
Surprisingly enjoyable Lifetime-y B film.
Verified purchase
So i just watched one of the Stalked By My Doctor films (which is actually quite entertaining for it's B-movie ish level and i see why they had like a Quadrology). So i got reeled in by the title and confusion as to how a mother would stalk their kid. If you watch the trailer you get that the film isnt really so much about that. It's about an overprotective helicotper parent who gets her daughter locked up in prison due to her stalking nature.....loosely.

As far as the film. I actually enjoyed it. It has all the makings of a terrible Lifetime movie including the BAD ACTING from the main daughter and her cornball high school relationship drama (also funny that he became her boyfriend after like one night lol. It was ridiculous!). All stuff that makes me nauseous and feeling like it's gonna be catering to a different audience than me of dumb young teens. However i became pleasantly engaged by the movie when it switched genres on me and became a action-thriller because it included way more scenes with the only main character that had the strongest acting, Danielle C. Ryan. For me she saved the movie even if the script writing is completely implausible. I really enjoyed her character and acting skills. Unfortunately the ending isnt what i wouldve preferred but hey you gotta go with the feel good for the audience that is primarily being catered to of dumb young teens .

electroaddictReviewed in the United States on September 30, 2018
4.0 out of 5 stars
Stalked by my mother... the hero??? Huh???
Verified purchase
This movie is beyond dumb. I'm only giving it a 4-star rating because it was really fun to laugh at. If you enjoy "so bad they're good" type films, then this flick is for you. The premise is quite convoluted and implausible... much of the script relies heavily on sheer coincidence... and all the characters are complete garbage. The stalker mom is a total MONSTER, but for some weird reason we're supposed to embrace her like she's a HERO!?!? I don't know what writer Doug Campbell was thinking when he crafted this nonsense... but like I said, it was great for a few laughs.
4 people found this helpful

KJReviewed in the United States on June 13, 2018
2.0 out of 5 stars
The mom should have died
Verified purchase
The mom deserved to die period.....I don't care who you are. She wasn't even sorry for causing someone else' suicide. She's delusional and made to be the hero?? Okay.....Lifetime.
6 people found this helpful

VickiReviewed in the United States on August 21, 2017
3.0 out of 5 stars
Good movie, could have been written a little better
Verified purchase
I thought this was a pretty good movie, although I found the Mom to be somewhat irritating ... first, I wasn't clear on whether or not she knew the man was only trying to help her daughter, but if she did, (which the conversation between her and Gina seems to prove) then she basically did ruin his life ..which in turned destroyed his family...and she didn't appear to have any remorse at all. Being over-protective is one thing, but to destroy a family?... IF the man was indeed guilty of what she accused him of, then it's a better movie. If he was innocent, the Mom should have got shot, not the husband.
4 people found this helpful

CrystalReviewed in the United States on May 19, 2020
1.0 out of 5 stars
The mother was wrong and refused to admit it
Verified purchase
The writers why!??? The mom should have apologized for what she did but instead is too high and mighty to admit she was wrong. I almost wanted Lucy to suceed if it weren’t for the daughter stuck in jail. Also the dad is just as bad for 1) not stopping the crazy accusations of the mom ruining the other guy’s family and 2) trying to go on a business trip when his daughter just got arrested for murder. I don’t condone what Lucy’s character did but honestly her family never got justice for what the Mom did to the family. Don’t watch this movie if you don’t want to be frustrated by a crusty crazy mom.
2 people found this helpful

Stephan ArenaReviewed in the United States on May 6, 2020
1.0 out of 5 stars
REALLY BAD ACTING
Verified purchase
You got to be kidding with this movie, the girl met this guy once and she thinks she belongs to him, so when she sees him with another girl she flips out, like how much time went by from one party to the next, and the mother(A Gish, I'm shocked she took this role, she must need money) i didn't make it past maybe 10-12 minutes of the movie.
One person found this helpful
See all reviews
Back to top
Get to Know Us
Make Money with Us
Amazon Payment Products
Let Us Help You
EnglishChoose a language for shopping. United StatesChoose a country/region for shopping.
© 1996-2021, Amazon.com, Inc. or its affiliates