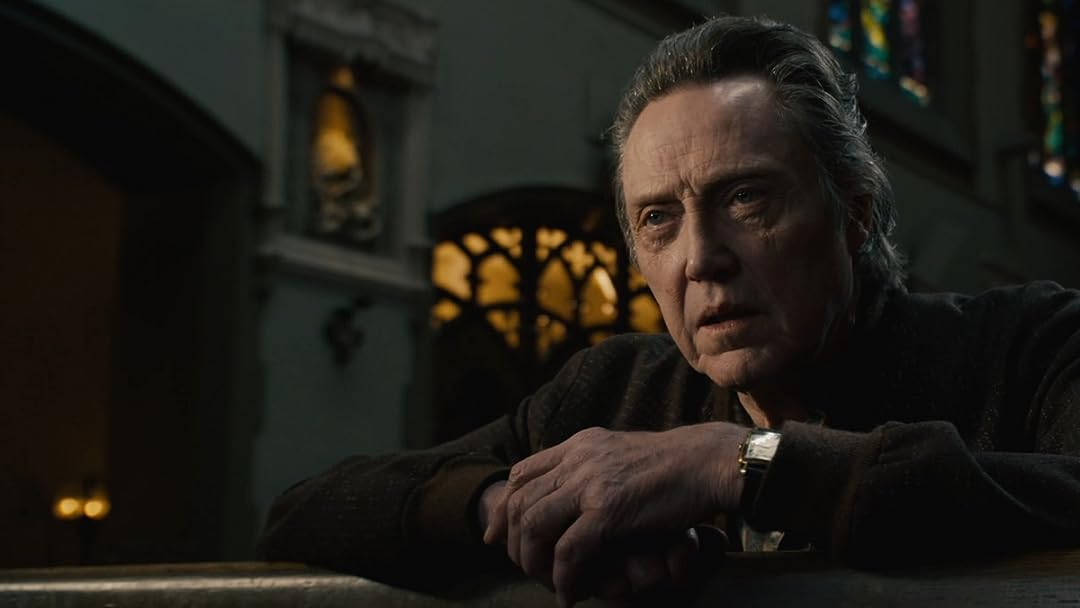 (3,946)
6.51 h 34 min2013X-RayR
HD. Al Pacino and Christopher Walken play old stickup buddies who reunite--with one having been assigned to kill the other. With Alan Arkin.

R. KimReviewed in the United States on May 7, 2018
5.0 out of 5 stars
Not your usual crime drama... but a real gem of independent filmmaking.
Verified purchase
Ignore the negative reviews about this film, all from Millennials with the brains of a slow fifth-grader. You could describe this movie as "Space Cowboys" with guns, but it's far more than that. It's actually a love story, the bond between lifelong friends that usually goes unspoken, except in times of utter desperation. The fact that they're all criminals is just what they do for a living, beyond the bounds "normal" people. The ties that bind go far beyond mere surface morals and definitions of "good" and "bad," but to the very core of human emotions and existence. I loved this homage to nearly every crime drama worth watching, but given a twist and sense of humor and humanity that extends well beyond the cliche. The acting, the characters, and the writing... is timeless. This film, like good wine, seems to get better with each successive taste.
46 people found this helpful

SnowEchoReviewed in the United States on September 8, 2016
5.0 out of 5 stars
This movie has some of the best actors of all times!
Verified purchase
This movie is a bit slow, but I love it anyway. The actors in the movie are some of the best of all time. The main plot slowly builds with very interesting, and very funny "mini-plots" all along the way. I love it best when Sylvia, played by Vanessa Ferlito, gets to relieve an enormous amount of anger. This movie contains drama, action, and a lot of comedy. I don't watch movies to "pick apart" the scenes in it. I watch movies to enjoy them, especially when they have actors in them that I admire, respect, and love!
25 people found this helpful

Yongbing1Reviewed in the United States on April 18, 2015
5.0 out of 5 stars
A Movie for Pacino, Walken and Arkin Fans
Verified purchase
If you like any of or all of the three main characters, then that is reason enough to watch this movie. I happen to like all three of these oft brilliant actors. While not particularly brilliant, in my opinion, in this movie, they deliver a quirky tale of comic redemption of three aging gangsters. Now, I use the definition of the word comic which some dictionaries idiotically, authoritarianly and incorrectly claim is obsolete. That definition is the definition of comedy: a theatrical or literary piece portraying the life of the common man. In contrast, tragedy is a theatrical or literary piece depicting the life and fate of the great and powerful. Comedy, therefore, contains funny or light hearted as well as dramatic moments. Tragedy, on the other hand, depicts only dramatic events, events which shape and ruin the lives of the great and powerful. So, this piece was a comedy. Common men who are gangsters, aging gangsters who comedically or comically go out with a bang. Thus, all three do this very well and the movie is worth watching if for no other reason than to see three great aging actors who are still making immensely watchable movies.
20 people found this helpful

Integrated LivingReviewed in the United States on May 31, 2018
4.0 out of 5 stars
Loved it!
Verified purchase
An unusual story of friendship. Great cast, only actors of this caliber can portray the tension, dark comedy, and deep affection all at once in such a nuanced way that doesn't become maudlin. People that didn't like this film were expecting high-intensity action film. If you have a real attention span, let this movie surprise you.
11 people found this helpful

dkwaltonReviewed in the United States on October 15, 2018
2.0 out of 5 stars
No one coud save this turkey...
Verified purchase
...not even three outstanding, seasoned actors like Pacino, Walken and Arkin. The only saving grace is that It is still fascinating to watch them work. "Stand Up Guys" is a slow, unsatisfying suck-fest of a Hollywood gangland cliché punctuated by boorish and sometimes gut-churning dialog. A solid disappointment, but then not every film is a hit. Sometimes a job is just a job. These guys do their job and, as usual, it seems effortless and natural.

If you are making a study of these three actors, it is worth viewing, but I cannot recommend it as great or even good cinema. Nor even any much fun although seeing "Vikings" star Katheryn Winnick in a bit part was something of a hoot.

PeterackReviewed in the United States on June 9, 2018
4.0 out of 5 stars
Once the "Guy's" Stop Al from Chewing the Scenery the Film Hits Its Mark
Verified purchase
Stand Up Guys is a surprisingly good film, with great acting all around, but it does take some time to get into it. For me I find that when left to his own devices Al Pacino does nothing but go too far over the top, which he does, in my humble opinion, near the beginning of the film. By the time Alan Arkin joins Pacino and Walken as a trio, Al's character becomes more subtle and thus tolerable (and not chewing scenery) and remains that way for the rest of the film.

For some laughs, good drama, action, and a heartwarming story to boot...I recommend this movie.

joel wingReviewed in the United States on April 5, 2021
4.0 out of 5 stars
Aging gangsters have a night on the town before doing a dirty job
Verified purchase
Christopher Walken and Al Pacino are aging gangsters who have a dirty job ahead of them. The movie has great music from the opening Hard Times by Baby Huey to jokes as Pacino and Walken break into a drug store so Walken can fill out his prescriptions without having to make a co-pay and Pacino can get some Viagra. The main draw is to watch Walken and Pacino interact. They’re very funny together. Alan Aarkin even joins the crew later on. It makes for an entertaining movie about what old guys can do.
One person found this helpful

MyasReviewed in the United States on September 22, 2019
5.0 out of 5 stars
Yes There are spoilers - So What?
Verified purchase
I love watching my favorite actors over the years like we’re all aging together as life presses on.

A dark tale about a vindictive crime boss ordering someone to assassinate a man, a co-hitman and friend, the day he gets out of prison where he spent the last 28 years of his life without saying a word about the job. How well they play the role, professional killers with integrity, old fashioned integrity. They help a person here and there and in the end team together to wax the vindictive boss who made the mistake of threatening an innocent woman if the job didn’t get done. Did he know who he threatened was the granddaughter of? It didn’t matter. In 28 years times change, roles aren’t what they used to be as the two became young again shooting his thugs, his bodyguards first then each pane of glass out of the building windows he was trying to hide behind. I’m guessing the boss didn’t make it, his undoing for first having them in his employ, second believing he could lord himself over them oblivious to who they had become as they perfected their craft, besides, there are some things you just don’t do, there are ways people should behave. Not behaving brings consequences, these guys spent their lives being the consequences.