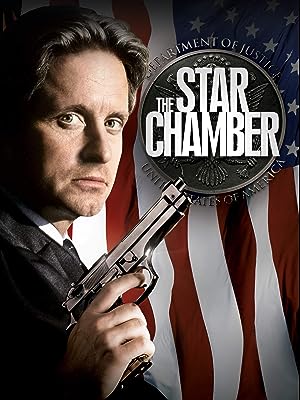 VickyNCReviewed in the United States on July 4, 2010
5.0 out of 5 stars
Psychological legal thriller
Verified purchase
I can well imagine the ethical dilemma facing judges who have to acquit guilty and violent criminals because of a legal technicality because they know the appellate courts will reverse the decision on appeal. It certainly makes you think when you realize that criminal trials are not about guilt, innocence or justice for the victim but about the law. The movie shows the impact of horrendous crimes on the parents of a young victim who was tortured and murdered and the judge who has to dismiss the case and then wonders if the law works for justice or just the criminals. You certainly will not empathize with the defense attorneys who take advantage of the law to get their guilty clients off (even if one would not celebrate with the criminals he set free.) You see the ethical dilemma as the judge attempts to reconcile his commitment to the law and justice which at times are not the same thing. He decides to join the star chamber in order "to not just complain, but to do something about it." The dilemma begins again when he finds out that criminals the star chamber convicted and sentenced to death were not quilty of the particular crime they were accused of. The judge is almost killed by the criminals as he attempts to warn them of the assassin and then again when the assassin is about to kill him to keep him from exposing the star chamber. As usual Michael Douglas does a great job in the role of the idealistic superior court judge. I wish that the director had left the ending ambiguous so that the audience could decide how it ended for the judge and the star chamber (the lady or the lion?) I enjoyed this movie and recommend it to people who enjoy legal thrillers.
4 people found this helpful

Reader of TruthReviewed in the United States on March 25, 2015
5.0 out of 5 stars
ADMINISTRATIVE LAW COURT PHOENIX ARIZONA BOARD OF NURSING
Verified purchase
I ordered this book at the recommendation of a nurse who had been before the Arizona State Board of Nursing.
She described her ordeal. The set up of the room, for intimidation, and just doing what ever they wanted to in the court room (administrative law court phoenix where she was ). And the BON hearing room, a U shape, with the one male, in the middle with all the women on both sides, Almost like a polygamy picture live, minus the 26 children. The nurse told me she related the incident to a Star Chamber. The only difference here was Michael Douglas , a Judge , had a conscience, where as in real life , Administative Law Court In Phoenix AZ, the Judges name was (michael Douglas , but goes by M Douglas <?>)
and he does NOT have a conscience. But he is a devout Mormon. And sticks by his sister wives, no matter what the consequences to the nurse.
It was exactly as she described, no due process, a kangaroo court at best.

D. RobertsReviewed in the United States on May 21, 2006
5.0 out of 5 stars
Beware the chamber
Verified purchase
As anyone who has ever read Plato's REPUBLIC will tell you, the concept of justice is not nearly so straightforward as we would like to believe. In a perfect world, all the bad guys would go straight to the slammer and all the good guys would be set free and exonerated. We live, of course, in what is far from a perfect world.

There are two extremes to the equation. On the one hand, a police state where you're guilty until proven innocent and deprived of rights that could prove that you are, in fact, guiltless.

On the other hand is a legal system that is so complex that there are thousands of loopholes every step of the way by which clever lawyers may get their client(s) off on a technicality - regardless of how absurd the technicality is.

The present movie asks an intersting question: what if a group of judges got together to do something about the latter situation and correct in-justice? What if, being the incarnation of the "law," they dispensed justice in a manner that was more beneficial to society (or so they hoped)?

This premise leads them into the Star Chamber where they review cases at their leisure. Of course, the obvious question arises: what if they mis-fire? To complicate matters, what if the people they want to whack are guilty of other egregious crimes, but innocent of the crime they've been accused?

Herein lies the premise of THE STAR CHAMBER. It's too bad I waited until just recently to see this movie as I'm a fan of Michael Douglas and Hal Holbrook. But, it was certainly worth the wait. I'll see YOU in court!

Ryan MitchellReviewed in the United States on February 17, 2016
3.0 out of 5 stars
Douglas keeps running to find a better movie.
Verified purchase
The Star Chamber is a film that has an interesting premise about moral judgments- how do judges grapple with carrying out the rule of law, even if it means justice isn't being served? Apparently, they form a society to kill people! The first half of the movie works as a set-up for the Douglas character, who is a judge, and carries us along with the above-mentioned dilemma he faces on a daily basis. Finally, he gets fed-up, and finds himself involved with a clandestine group of retired judges, who count votes in deciding whether or not past criminals who were acquitted should be executed. And this is where the film devolves. The process for this group isn't fully grasped by the screenwriters, and the film never really takes its subject matter seriously, which is a shame because the premise is a fascinating one, and I believe in the hands of a better director, it would've given deep insights in the nature of the criminal justice system. I would recommend this film for Douglas fans, and for fans of director Peter Hyams, who has a steady hand throughout. The problem is you aren't getting much from this film for the thrilling aspects of it, and you aren't getting much from it for the philosophical aspects as well. Still, I liked the film enough for its outline, but if it attempted to just double-down on its outline, then would've it been much more interesting.
3 people found this helpful

"andy25"Reviewed in the United States on April 10, 2002
4.0 out of 5 stars
An interesting look into the dark underside of the courts
Verified purchase
I used this movie as part of a project for a class on the original Star Chamber in England. That court involved secret trials among the elite and decided punishments on people. The Star Chamber received its name from the actual chamber. The ceiling was painted like a night sky. This movie really brings to light what a modern day star chamber might do. The movie centers around an idealistic young judge (Micheal Douglas) who is frustrated with a system that allows defendants off on technicalities. He becomes aware of a group of judges who feel the same way led by Hal Holbrook. They pass their own sentences and carry out their own punishments. The story then centers on the struggle Douglas has between his desire to punish those who deserve it and the desire to maintain a legality to the system. The scene where Douglas first learns of the Star Chamber is one that I think I'll always remember, just for it's honesty. I remember thinking that sometimes I felt the same way that the judges of this Star Chamber felt, you might too.
3 people found this helpful

TomReviewed in the United States on September 25, 2011
5.0 out of 5 stars
A must have for your movie collection
Verified purchase
Micheal Douglas shines in this hard to find movie.He is a judge who questions "The system" when the law forces him to let a killer go free.He is "recruited" to fill a vacancy in a vigilante group of lawyers who dish out there own version of justice.Once in the group,he presents his case.The group finds the defendant "guilty" and the machinery is set in motion to correct the "mistake" of the old verdict.New facts come to light and Douglas must race against the clock to stop it and in the end bring down the group.This movie will have you thinking about our legal system and who's right and wrong for days.
2 people found this helpful

Douglas R. HarwoodReviewed in the United States on February 9, 2022
4.0 out of 5 stars
The simple cure to lawlessness in the US
Verified purchase
Worth renting due to story line. Makes you feel good like an old Bronson or Eastwood movie.

warrenReviewed in the United States on September 15, 2021
4.0 out of 5 stars
watchable
Verified purchase
leaves you thinking 'could this happen?' acting is fine...as good as the script permits.
See all reviews
Back to top
Get to Know Us
Make Money with Us
Amazon Payment Products
Let Us Help You
EnglishChoose a language for shopping. United StatesChoose a country/region for shopping.
© 1996-2022, Amazon.com, Inc. or its affiliates