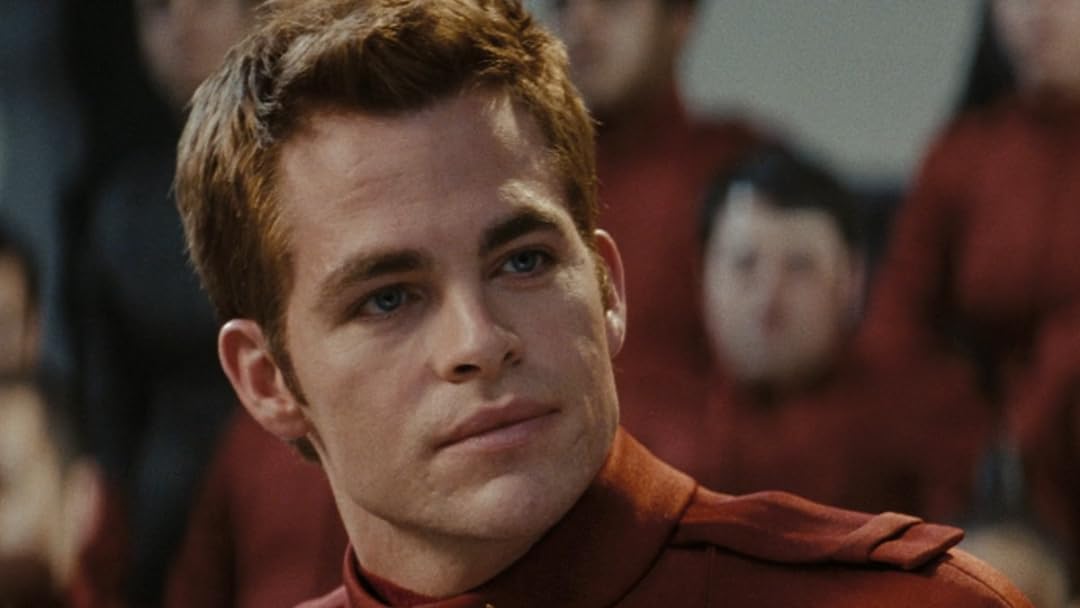 (24,689)
7.92 h 6 min2009X-Ray16+
The greatest adventure of all time begins with Star Trek, the incredible story of a young crew’s maiden voyage onboard the most advanced starship ever created: the U.S.S. Enterprise.

chronos099Reviewed in the United States on January 21, 2018
5.0 out of 5 stars
Perfect Star Trek movie. Story, SFX, actors, respect for the history, everything came together perfectly.
Verified purchase
Everyone was nervous and flipping out about this reboot (which is really a sequel 1st) before it came out. Turned out it was perfect...down to the story, the writing, the casting choices, and honoring the original actors/crew/writers in the TV shows and spinoffs. Chris Pine is an awesome Capt. Kirk, better than the original, more conflicted and unsure of himself, but rising to the occasion everytime. Zachary Quinto is a great Spock, and it's amazing to see his scenes (***SPOILERS***) w/ Leonard Nimoy to contrast with the original Spock in their time together. Karl Urban always wonderful, perfect Dr. McCoy. Geat sci-fi movie all around. Eric Bana was a great villain, loved his work here. I'm gonna stop here because I don't want to list every actor, so GO WATCH THIS MOVIE.
51 people found this helpful

BHTReviewed in the United States on November 5, 2018
4.0 out of 5 stars
I wish they'd had at least one science/sci-fi consultant
Verified purchase
Saw the movie when it first came out and 3 times since. So .. I like it. Actors do a tremendous job. Urban nails McCoy. Quinto channels Spock. Pine doesn't "become" Kirk like those two did their roles but nonetheless becomes "a new" Kirk. So big thumbs up for the whole trio.

The only things that irked me were the fantastically large plot holes and ridiculous/silly/gimme a break mistakes with Star Trek science and plain old science.

The very end of the movie - the action at least - made sooooo no sense. First - they're within the event horizon of a black hole. That's game over. But somehow it isn't. Because they literally throw their engines into the black hole and ignite them and ride the explosion. Excuse me? If they ejected their cores (what powers their ship into warp) then they instantly get sucked into the hole. No waiting around. Just "boom", you're in. There's literally nothing left on the ship to keep them out. But somehow that doesn't happen. And just before that they fire all their weapons at Nero. Hello? A black just formed IN THEIR SHIP. There's no need for any weapons there; they're gone. One single drop of "red matter" consumed an entire planet yet a huge beachball of it had to sloooowly eat their ship? Huh?

There's a LOT more. So one really has to disengage all logic centers during the movie. But if you do - it's a ton of fun.

ztigerReviewed in the United States on April 13, 2019
1.0 out of 5 stars
Beyond dispicable.
Verified purchase
I did not like any of the trailers, previews or clips I have seen for this movie since it was to be released. So I never watched it until now; I finally took the leap to watch.

I truly regret watching this movie. I almost stopped at 10 minutes in, and again at 20, and again at 40, but I forced myself to watch it all the way through.

There was so much wrong in this movie when it comes to the characters, the acting, the vision, etc., etc..
It was so bad all around that I am nearly speechless. This is now the worst movie I have ever seen.
I don't drink, but after watching this movie, the thought of taking up the habit crossed my mind.

Any true Star Trek fan knows what I am talking about.

Everything about this poor excuse for Star Trek was so bad that Gene Roddenberry isn't rolling over in his grave, he isn't spinning in his grave...
He is digging his way out of his grave to take vengeance out on all of those involved in this movie for not only destroying the franchise, but utterly destroying and bringing total shame to his vision.
17 people found this helpful

ART005Reviewed in the United States on October 17, 2018
2.0 out of 5 stars
Noisy mindless waste of time
Verified purchase
I grew up with the TV show. It was interesting, entertaining and captivating. This movie was horrible. The sound track is so out of balance that I couldn't put down the remote to constantly increase and decrease volume. The 2hr lame storyline is some guy is pissed at Spock and files around trying to kill him. The original short TV episodes were more accomplished than this 2hr disappointment.
23 people found this helpful

joel wingReviewed in the United States on October 17, 2020
4.0 out of 5 stars
Had nostalgia to bring in old fans and plenty of action & innovations to capture new ones
Verified purchase
This was a great re-boot of the Star Trek franchise. It had enough nostalgia to satisfy the old fans that grew up watching the show on TV as well as including plenty of new faces and dangers to bring in a whole new crowd. The film emphasized the sacrifices the main characters had to make in their confrontation with a mysterious Romulan vessel.

The start of the film establishes the main characters which are all based off the TV show. First there’s James Kirk (Chris Pine) the future captain of the U.S.S. Enterprise. He lost his father to the Romulans and as a result has been rebellious since an early age and into his adulthood when he joined the federation. Next is Spock (Zachary Quinto) who was split between his human and Vulcan side. While being logical as all Vulcans were he chose the Federation out of spite to those who looked down on him as a half-breed showing that he as all too human at times. The rest of the crew of the Enterprise are there as well such as the hotblooded Doctor Leonard “Bones” McCoy (Karl Urban), communications officer Uhura (Zoe Saldana), engineer Scotty (Simon Pegg), pilot Sulu (John Cho) and weapons officer Chekov (Anton Yelchin). There’s even a guest appearance by the original Spock Leonard Nimoy. Again, this was how the movie brought in the original audience by using all the old characters. They also maintained many of their famous lines like Spock talking about being logical, McCoy always complaining, etc. They even put Kirk with a green cadet at the Federation which was one of the old jokes about the TV program.

There’s plenty of new material as well. They showed Kirk’s rebellious side at the academy for instance when he cheats on a famous simulation test. It’s hilarious. There’s also a lot more action than the show. It’s really well done and exciting such as when Sulu and Kirk have to make a space jump onto a small platform that the Romulans are using to try to destroy Vulcan. Sulu even gets to do a sword fight during that scene.

Overall it’s a great mix of old and new. The story is compelling and it really introduced Star Trek to a new generation.
C
5 people found this helpful

Laura MaxwellReviewed in the United States on March 21, 2017
5.0 out of 5 stars
WOW! I am LOVING this film in 4K!!!
Verified purchase
one of my favorite movies, and definitely the best Star Trek film yet! Huge Star Trek fan, and I gotta say I am LOVING the 4K!!!! We just bought a 4K tv and player and this was the first movie we bought to test it, and WOW does it look INCREDIBLE!!! Let me put it this way: we are HUGE Star Trek fans, we went to see this particular film in the theatres THREE TIMES it was so damn good. Yet, when we watched it on our 4K tv for the first time, we noticed the smallest of details that we hadn't noticed at any point when we saw it in the theatre!!! The picture was so clear, and smooth and the movie was absolutely AMAZING to watch in 4K! I would highly recommend upgrading to a 4K tv, a 4K player, and watching Star Trek Beyond in 4K because it's absolutely beautiful to behold!
24 people found this helpful

LouisifredReviewed in the United States on July 19, 2018
5.0 out of 5 stars
ACTION, STUNNING VISUAL EFFECTS, ENGAGING ALL THE WAY THRU
Verified purchase
i've watched this movie five times, which seldom happens with any movie, and I will watch it again still!!!. Action from the get go, awesome acting, exciting soundtrack, engaging story line. Great background to all main characters, and funny, entertaining, visually stunning from beginning to end. My kids just became the newest generation to get totally "treked". The bloopers are a blast to watch (U Tube). THANK YOU J J ABRAMS, YOU SOOOO ROCK!!! (too bad there isn't a 10 star rating)
12 people found this helpful
See all reviews
Back to top
Get to Know Us
Make Money with Us
Amazon Payment Products
Let Us Help You
EnglishChoose a language for shopping. United StatesChoose a country/region for shopping.
© 1996-2022, Amazon.com, Inc. or its affiliates