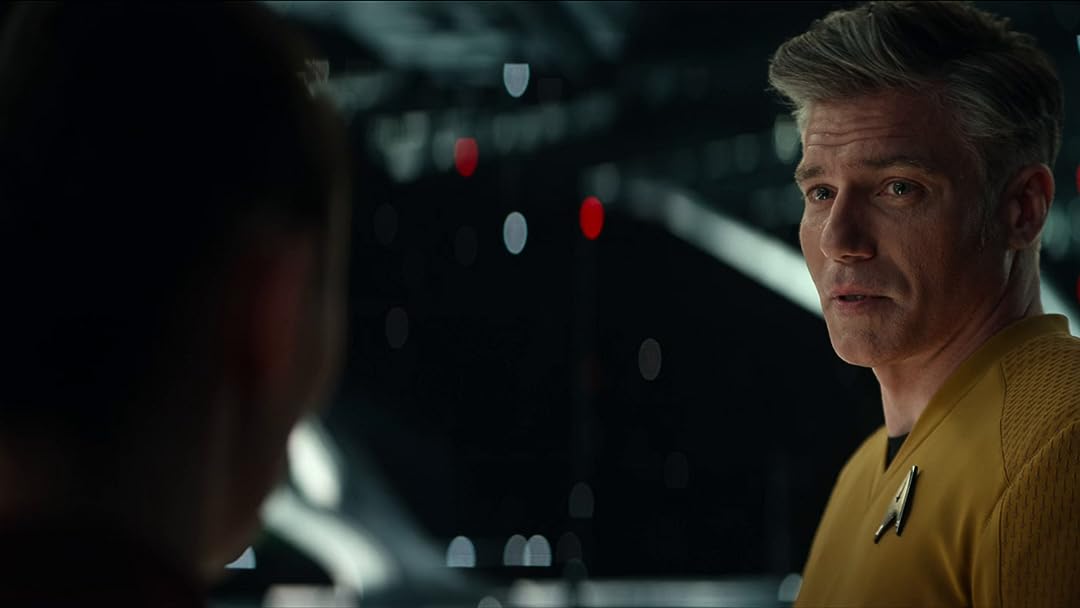 Season 1
(762)
8.22022X-RayTV-PG
The series will follow Captain Pike, Science Officer Spock and Number One in the decade before Captain Kirk boarded the U.S.S. Enterprise, as they explore new worlds around the galaxy.

Willardo VerdeReviewed in the United States on May 5, 2022
1.0 out of 5 stars
Woke Trek
Studios keep over compensating for woke issues in their content to make sure we all know they get it. It's like every bad script that assumes the audience is too stupid to get what is going on, without being overtly told. I have no issue supporting equality for minorities and the LGBTQ+ community. I have no problems with equal pay for women, etc... But when you build the show around these themes and the cinematography of the show itself, is now influenced to ensure we get shots of everything as a virtue signal.......it completely ignores the actual point of the show.....to show what a future in space looks like and the potential drama surrounding it. Highlighting the problems in 21st century America as some pivotal moment in Earth's history....really? There are a lot of countries in the world suffering through worse issues than whatever trending social issue we're complaining about right now. Hire great people, write great stories about the future, and focus on the character's stories. Put Star Trek back into the show.
426 people found this helpful

SpencerReviewed in the United States on May 5, 2022
1.0 out of 5 stars
Ruined another one.
I knew it was a doomed woker fest when, in the first ten seconds of the show, I saw Biden style windmills in remote Montana. I guess their vision is for those eyesores to be the primary energy source even in the 24th century. First, Picard got ruined this year and now, this abomination. Adios, Scaramount Plus.
309 people found this helpful

NooneReviewed in the United States on May 5, 2022
3.0 out of 5 stars
Women are tiring me out
WHY is the bridge filled with nothing but women? The fact that one is a lesbian is not helpful. I don't mind that she's a lesbian, but I do mind that there is nothing but women, with FORTUNATELY the exceptions of the Captain and Spock. I'm a woman, but I'm sick and tired of watching every role being changed so a woman can play it. Woke crap. Sorry.... like men a lot better - any race or species. TOS and TNG had a much better mix. I started losing interest in Star Trek beginning with Captain Janeway. and continuing with Discovery. But I love the new movies and their crew very much!! It's not like women aren't as capable as men, they just aren't as interesting on-screen IMHO.
271 people found this helpful

C.O.Reviewed in the United States on May 5, 2022
1.0 out of 5 stars
Horrible
Where does one start with this. Windmills in Montana (showing off "Green Engergy"), to the whiny and I am scared performance for Anson Mount as Captain Pike (shadow of the character he portrayed in Discovery) to the "human" Spock, to the I am so tough acting Number One, to the what happened to our world performance, again, by Pike. This series appears like it is going to follow the whiny, woke and we are just so much better people now route, that I can say for sure, Star Trek is dead.I had high hopes for this show, was really looking forward to Anson Mounts portrayal as Captain Pike (he was great on Discovery), but here he is, a big disappointing mess. Paramount should have reviewed how Vulcans have been portrayed in every Star Trek ever, instead of creating this "human" version of him. Nurse Chapel, seriously? Could you have at least one character that was a decent performer? Same goes with Uhura. And what is it with all these females on the bridge. As a female myself, I am so sick and tired of seeing every possible male role written now for females. Yes, we women are quite capable of filling many roles, but this woke crap has got to stop. There is nothing wrong with white males. They are not evil and toxic as the left would have you believe. At least on any other Star Trek franchise, with the exception of woke Discovery, you had a great mix of characters, male and female. Since Discovery, everything has become way to woke. And please, for the love of God, quit bringing sex into the shows. We don't care that somewhat is gay, straight, trans, whatever you want to be. This does not belong into a Star Trek Series. This should be about the discovery of strange new worlds and civilizations and not your personal sex life.
Congratulations Paramount, you have taken an great opportunity and completely trashed it.
280 people found this helpful

Shawn NaumannReviewed in the United States on May 5, 2022
5.0 out of 5 stars
YES! Finally!!!
Finally a new version of Star Trek that actually got it right! This brings back all the old feelings that Star Trek originally inspired. If your a fan of Star Trek you wont be disappointed.
274 people found this helpful

Fire all casting directors & writersReviewed in the United States on May 5, 2022
1.0 out of 5 stars
Which episode do they teach pronoun usage?
More woke feminist alphabet soup... Star Wars is winning!
237 people found this helpful

Damien AlexanderReviewed in the United States on May 5, 2022
4.0 out of 5 stars
Why are there so many women?
The show needs more comedy and there're way too many women, kill off the one that looks like she gave herself a haircut and replace her with an alien that does things humans would find funny and weird.
177 people found this helpful
See all reviews
Back to top
Get to Know Us
Make Money with Us
Amazon Payment Products
Let Us Help You
EnglishChoose a language for shopping. United StatesChoose a country/region for shopping.
© 1996-2022, Amazon.com, Inc. or its affiliates