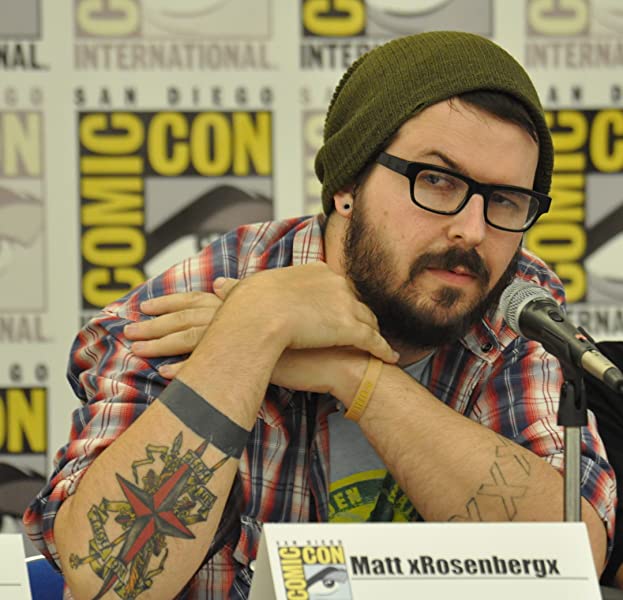 by Paolo Villanelli (Illustrator), Matthew Rosenberg (Contributor)
4.5 out of 5 stars 249 ratings
See all formats and editions
Sorry, there was a problem loading this page. Try again.

Page 1 of 1 Start overPage 1 of 1
Previous page
Next page
Start reading Star Wars on your Kindle in under a minute.

4.5 out of 5 stars
4.5 out of 5
249 global ratings
How are ratings calculated?
To calculate the overall star rating and percentage breakdown by star, we don’t use a simple average. Instead, our system considers things like how recent a review is and if the reviewer bought the item on Amazon. It also analyzes reviews to verify trustworthiness.
Top reviews

Ryan G.
4.0 out of 5 stars Kinda underwhelming but still nice (Minor spoilers)
Reviewed in the United States on September 20, 2020
Verified Purchase
First off, I want to say that I loved Jedi: Fallen Order. Besides the technical issues that came with it, I loved the game, it is up there with the best Star Wars IMO (besides that ending). So naturally, I was very excited when they announced a tie-in comic series. I'm not too big into comics but I do have a little collection and enjoy reading them, this was the first one that I was REALLY excited to get. Maybe my expectations were a little too high but it was just...meh...to me. It does tell you why Eno gets obsessed with the Zeffo (or at least how he discovers them) and I appreciate that. It also shows a little of the second sister (not much). However, if you've read Anakin and Obi-wan it's pretty much the same story. I was also a little disappointed with the art of it, it was ok but not as good as the others I've read. Overall, I would still recommend it if you just want some more stories with Cere and Eno Cordova then I can recommend this, it does its job at that and gets a 4/5 (would be 5/5 if the art was better), but if you didn't play Jedi Fallen Order and don't plan to, I'd say skip this one.
Read more
3 people found this helpful
Helpful
Report abuse

RDiv
2.0 out of 5 stars Meh
Reviewed in the United States on October 9, 2020
Verified Purchase
Played the fallen order game last year (2019). This “prequel” is not high value. The story in here could have been told in a paragraph. The tensions feel manufactured, the characters are stereotyped generic variants of other science fiction characters. Rated “meh”
Read more
3 people found this helpful
Helpful
Report abuse

Eric
5.0 out of 5 stars Depth to Jedi
Reviewed in the United States on December 13, 2020
Verified Purchase
For years I have read novels and comics about the expanded world of Star Wars, from the legends before the Disney Era to the tragically askew and rushed canonical time line of today (All my opinion of course).

However, it is a breath of fresh air to read, however quickly, a story about the Jedi, the expansion of characters previously only seen in other facets of Star Wars Media.

Great comic, can’t wait for more! We will be watching your career with great interest!

David Waweru
4.0 out of 5 stars Dark Truths
Reviewed in the United States on January 10, 2021
Verified Purchase
The way of a padawan learner is hard. Cere and her master embark on a mission of mercy, but end up on a mission from hell. Strong willed, quick to jump to conclusions. Cere stumbles her way from one misstep after another. This is a great lead into the video game Jedi Fallen Order.
Read more
Helpful
Report abuse

Kindle Customer
5.0 out of 5 stars Like
Reviewed in the United States on July 20, 2021
Verified Purchase
I enjoyed it
Why? It tells a story of a Jewish master who lost her way and was found...by a lost padawan
Read more
Helpful
Report abuse

Ben BrownTop Contributor: Star Wars
3.0 out of 5 stars Another "fine" videogame tie-in.
Reviewed in the United States on September 15, 2020
“Star Wars: Jedi Fallen Order - Dark Temple” (wow, that’s a mouthful of a title) is the requisite comic book tie-in to the “Star Wars: Jedi: Fallen Order” videogame that was released last month, to which this serves as a prequel. And, like most of Marvel’s “Star Wars” output, it falls squarely into the category of being“perfectly adequate” – the story is diverting enough, without ever being truly gripping, and the characters have just enough personality and quirk to disguise the fact that they’re basically just engines to keep the story moving. Really, the only thing about “Dark Temple” that rises above the level of 'competent' is the art by Paolo Villanelli, which mixes dichotomous colors with sharp line work to meld into something that’s genuinely striking and distinct. Fans of “Fallen Order” might be apt to see what some of their favorite characters were up in the years preceding the game’s story, but rest assured: story-wise, there’s not much to glean here, outside of one or two teasing allusions. Die-hard fans of “Star Wars” will probably enjoy this well enough; anyone else probably need not read.
Read more
2 people found this helpful
Helpful
Report abuse
See all reviews

José Santos
2.0 out of 5 stars Looks used instead of new
Reviewed in Spain on May 17, 2021
Verified Purchase
The product came without the plastic seal, which makes it seem like a used product instead of new. The corners are a little damaged.
Read more
Report abuse

nicola papaleo
3.0 out of 5 stars good comic, nothing special but surely not to throw it in the toilet
Reviewed in Italy on January 25, 2021
Verified Purchase
a fine performance.
Read more
Report abuse
See all reviews