You've subscribed to Star Wars (1977-1986)! We will preorder your items within 24 hours of when they become available. When new books are released, we'll charge your default payment method for the lowest price available during the pre-order period.
Update your device or payment method, cancel individual pre-orders or your subscription at
Your Memberships & Subscriptions
There was an error. We were unable to process your subscription due to an error. Please refresh and try again. 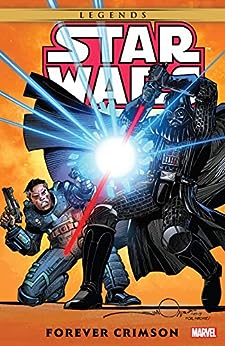 New releases
Explore popular titles in every genre and find something you love. See more
Books In This Series (1 Books)
Complete Series 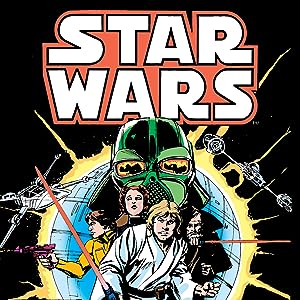 4.9 out of 5 stars
4.9 out of 5
18 global ratings
How are ratings calculated?
To calculate the overall star rating and percentage breakdown by star, we don’t use a simple average. Instead, our system considers things like how recent a review is and if the reviewer bought the item on Amazon. It also analyzes reviews to verify trustworthiness.
Top reviews

In the era after the destruction of the devastating Death Star, but before the battle between the evil Empire and the brave Rebel Alliance on the ice planet of Hoth, the "Star Wars" saga grew in part through the medium of comic books. The sequential art form provided a fertile storytelling foundation to further "the adventures of Luke Skywalker" and "the characters and situations created by George Lucas." During this brief yet exciting time, Marvel Comics published a monthly comic series that told tales "beyond the greatest space fantasy film of all!" From these comics came thrilling stories that became the birthplace of what would come to be called the "Star Wars Expanded Universe." Such talents as Archie Goodwin, Carmine Infantino, Walt Simonson, and Al Williamson brought their own unique interpretations of Mr. Lucas' cosmic chronicle, some of which are compiled in this trade paperback collection, "Forever Crimson." At the heart of this special volume is a character who offered a preview of "Star Wars" concepts to come...Valance the Hunter!

Beilert Valance was once an Imperial recruit but injuries sustained during the early days of the galactic civil war left him forever cursed and led him to become one of the most feared bounty hunters in the galaxy, the first ever to appear in the "Star Wars" mythos. His story was featured in the following "Star Wars" comics:

Valance the Hunter is on a personal mission and a private obsession: to erase his past and to destroy a certain young farm boy and his droids: Luke Skywalker, C-3PO, and R2-D2!

The Hunter finally finds his prey, Luke Skywalker, but also confronts his own secret torment and shame in the relationship between a boy and his droid.

Darth Vader, the Dark Lord of the Sith, is searching for the name of the Rebel Alliance pilot who destroyed the Death Star, and he is close to finding it. Only one man stands in his way: Valance the Hunter!

Also included in this collection is a reprinting of the landmark 50th issue of the original "Star Wars" comic series released in 1981:

Following the events of "Star Wars: Episode V: The Empire Strikes Back," the heroic Star Warriors face an old adversary, the vengeful Domina Tagge, who seeks to unleash a terrifying threat on the cosmos born from a pair of rare jewels: "the Crimson Forever" plague, capable of wiping out all life throughout the galaxy!

Finally as part of the 80th anniversary year of Marvel Comics' publishing history in 2019, the company produced a celebratory concluding issue of the first "Star Wars" comic saga which ran from 1977 through 1986 for a total of 107 issues. This special comic edition was a loving tribute and homage to comic tales of years gone by.

After the ultimate defeat of the tyrannical Emperor Palpatine and the Empire recounted in "Star Wars: Episode VI: Return of the Jedi," the former Rebel Alliance strives to rebuild the galaxy into a New Republic; but it also faces new enemies, an old enemy in Domina Tagge, and the surprising resurrection of an unlikely ally...Valance the Hunter!

Just as the above special comic #108 was created as a unique look back and appreciation of the earlier "Star Wars" monthly series this trade paperback serves the same publishing purpose; giving "Star Wars" fans the chance to read and to cherish these decades old adventures and in particular, experience the action and drama found in the story of the classic, pioneering character, Beilert Valance, co-created by Archie Goodwin and Walt Simonson. As a first generation "Star Wars" fan, this reviewer has very fond memories of these old comics, and of this tortured bounty hunter. One can't help but respect a character who was so intriguing he dominated all the comics he was featured in, most notably a comic story including Darth Vader!

Such is the appeal of the character first known simply as "The Hunter," that Marvel Comics chose to bring him from the pre-Walt Disney "Star Wars Legends" continuity to be reborn in the revised Disney/Marvel era of "Star Wars" canon in such comic tales as 2019's "Star Wars: Han Solo: Imperial Cadet," "Star Wars: Target Vader," and 2020's "Star Wars: Bounty Hunters."

As this excellent collection will reveal to new readers and remind those of the older variety, Valance the Hunter was and is a worthy addition to the "Star Wars" saga.

This book comes with my highest recommendation.

May the Force be with you, always!
Read more
One person found this helpful
Helpful
Report abuse
See all reviews