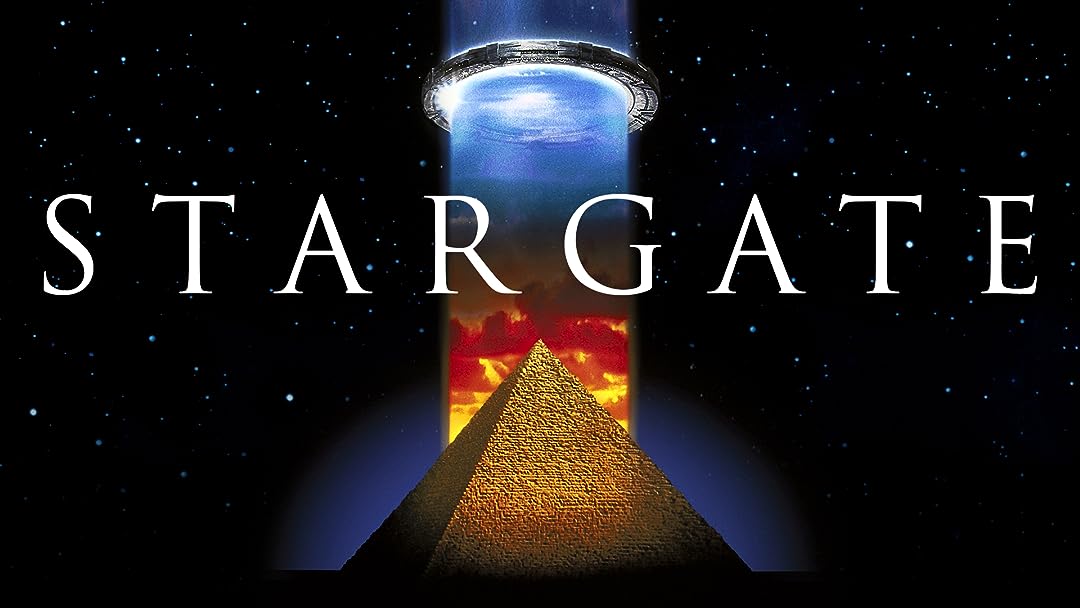 TonyReviewed in the United States on January 19, 2019
1.0 out of 5 stars
1 star for missing alien subtitles
Verified purchase
1 hour 22 min into the movie they have removed the subtitles from the conversation between Daniel and Ra. I remember older versions of this movie had subtitles during this conversation. Other scenes also have missing subtitles. Stopped watching at this point.
111 people found this helpful

Amazon CustomerReviewed in the United States on June 19, 2018
5.0 out of 5 stars
brilliant, with an incredible attention to detail
Verified purchase
I watched this a quarter of a century ago....it was totally ahead of its time. wow. I hadn't watched it since, and I have to say, this film is superb, brilliant, with an incredible attention to detail..save for the fact that there is no such thing as the "Eye of Ra" in Egyptian mythology. That was the eye of Horus. Also, the creepy goat head with the horns at the end where Dr.Jackson brings Sha'ru (his new wife) and places her on the "sacrificial altar" was oddly forced and out of place in the narrative. It really gave me the heeby jeebies. The fact that the film creators decided to include wings to the statue and to mimic the western satanic effigy in the likeliness of Egyptian sculptures was disturbing and deceptive.The story is compelling, complex and the language, dialects and dialogue is exquisitely delightful to listen to. A lot of time and dedication was put into the telling of this tale, and like the pyramids of kheops, kephren and mykerinos it has stood the test of time. What a marvelous rediscovery. I had no idea it would be as amazing as when I first watched it. A sobering reminder that most films these days (2018) need a serious return to the golden age of sci-fi. The cast was so fantastic, what a pleasure to have Vivica Lindfors as Catherine Langford. She passed the following year so watching her was like witnessing the culmination of both a person's life long experience and the mastery of one's acting ability. Ah, this movie was better in 2018 than it was in 1994. READ THIS REVIEW HOLLYWOOD and get your crap together. THIS> FILMS LIKE THIS!
88 people found this helpful

Zombie KillerReviewed in the United States on January 11, 2019
1.0 out of 5 stars
Foreign Language with no Subtitles!
Verified purchase
Not a bad movie but half of it is in Egyptian with no subtitles. Kinda ruins the flow of the flick when you can’t understand half the dialog! Well done amazon! 🤨
74 people found this helpful

RazmatazReviewed in the United States on October 29, 2017
5.0 out of 5 stars
Superb Blu-ray transfer of a fun sci-fi classic
Verified purchase
Evidently some customers were disappointed with the Blu-ray transfer ordered at this page(?) but my experience was superb, so here's hoping my tip helps others. At this page, I selected: Multi-Format (Oct 28, 2014), 20th Anniversary Edition. This transfer combines the theatrical release, an extended cut, and a generous helping of documentary extras onto a single Blu-ray disc. I'll confess I was concerned, thinking they must have compromised quality to squeeze all that content onto one disc, but frankly I was pretty blown away by the output. Highly impressive visually on a 55 inch HD screen, and the DTS-HD Master Audio also sounds spectacular in my 5.1 setup. Results were consistent with published reviews which rate this edition highly for video/audio integrity.

It's difficult for buyers when the product page combines reviews for multiple versions - how can you tell which version is going to be great for you? So I'm being very specific, to help prospective buyers. Hope my tip is helpful to you as a fan.

TweedleDCReviewed in the United States on January 13, 2019
1.0 out of 5 stars
Fix the subtitles, Amazon!!!
Verified purchase
Tried to watch this tonight on Amazon Prime with English subtitles on and off. There are no subtitles for any of the non-English dialogue, rendering the movie incomprehensible. Crazy.
55 people found this helpful

Russell R.Reviewed in the United States on January 21, 2019
1.0 out of 5 stars
No alien subtitles
Verified purchase
I was interested to see how this turned out but there are no subtitles for the aliens so you can't tell what they're saying and I'm 99% sure you are supposed to be seeing them. If you turn subtitles on it just says (speaking native language) whenever they speak. So Im missing most of the plot here
47 people found this helpful

Amazon CustomerReviewed in the United States on January 13, 2019
1.0 out of 5 stars
No idea whats going on with no subtitles.
Verified purchase
I don't speak ancient Egyptian so I have no idea what the aliens are saying. You miss out on major plot points not knowing whats going on. Pretty careless.
50 people found this helpful

AllenReviewed in the United States on January 14, 2019
2.0 out of 5 stars
Missing Subtitles
Verified purchase
If you watch this on Amazon Prime, be prepared to have no idea what's going on for a quarter of the movie. Amazon Prime only has subtitles for the English parts. When the Abydonians and Ra and Daniel Jackson are speaking whatever ancient dialect of Egyptian this is supposed to be, there are no subtitles.
36 people found this helpful
See all reviews
Back to top
Get to Know Us
Make Money with Us
Amazon Payment Products
Let Us Help You
EnglishChoose a language for shopping. United StatesChoose a country/region for shopping.
© 1996-2022, Amazon.com, Inc. or its affiliates