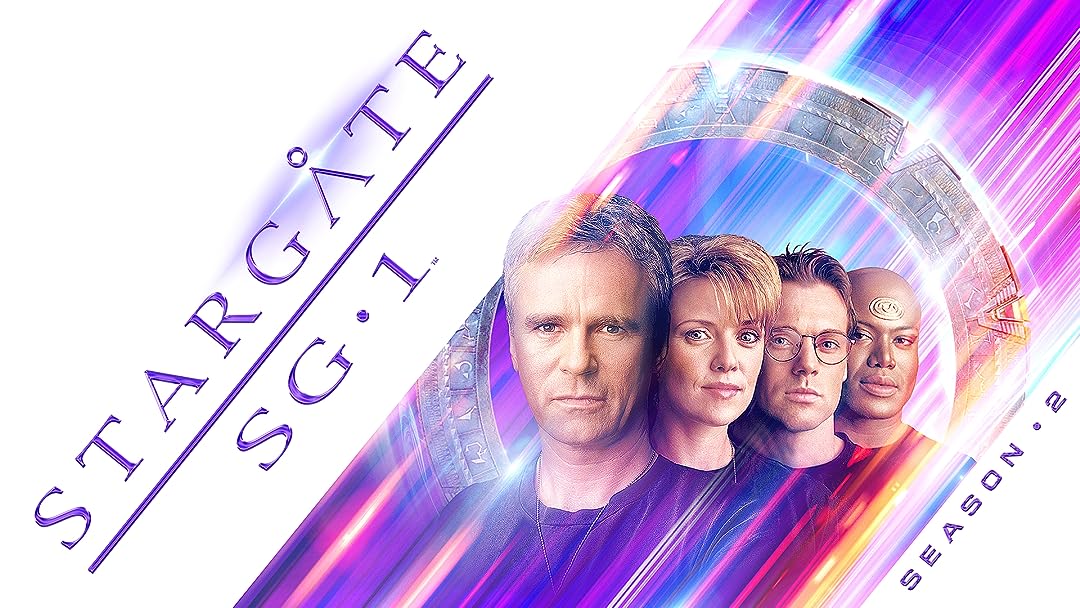 (353)
1999X-RayTV-PG
Stargate SG-1 picks up where the blockbuster film left off. Colonel Jack O'Neill and his SG-1 team; Daniel Jackson, Teal'c, and Captain Samantha Carter, set out to explore the mysteries of the Stargate. Each exciting mission through the gate takes the SG-1 team to new worlds in a seemingly boundless universe.

Jim ParkerReviewed in the United States on November 9, 2018
5.0 out of 5 stars
One of the best scifi TV series
Seems people are rating the season/series low in reviews because not all of it is on Amazon Prime (seems to be now) or some issues with episode order and that is very unfair to this amazing series if Amazon messed something up send them an email to report it so it can get fixed don't leave a 1 star review that hurts the series.

I grew up watching the series reruns and it seemed endless to me, because I could watch any episode and generally have no issue understanding what is happening. As long as you have seen the first few episodes and a couple select ones here and there that introduce characters or factions you can watch any of the episodes and not feel confused about who people are or what is happening and I think that is a strength to the series compared to something like Lost where you have to watch every episode to understand things especially with it being such a long-running show.

As for the series itself, It's very well done. The characters are unique and likable, the action is good, there is a surprising amount of comedy, while still having serious stories, the stories themselves are quite varied putting the characters in a variety of situations, and I think it is fairly realistic to what would happen if something like the Stargate actually existed. It isn't just about fighting aliens there is so much more covered by the series such as ethics, history, science, politics, and more.

Overall, it is a great series for any scifi fan and well worth watching all 10 seasons and the movies as well. The sequel series Stargate Atlantis (5 seasons) is also well done, though the main cast on that isn't quite as good as the SG-1 cast IMO. The sequel to that series Stargate Universe (2 Seasons) changes the storytelling style quite a bit and also ends on a cliffhanger as is wasn't renewed for a third season and the movie to end it was planned, but was never made. So if you decide to watch everything Stargate you have a total of 17 seasons and 3 movies (plus the mini web series that came out recently). It is a big time investment, but it is a great series and well worth the time investment plus short of Star Trek and maybe Star Wars I don't think there is another Scifi series that can compare to the amount of content.

The Sharpened QuillReviewed in the United States on November 15, 2018
1.0 out of 5 stars
What's the Point?
What's the point of putting up this show without all the seasons? Especially when it's missing the first season.

More Prime BS. Every movie, every episode of every show now have ads at the front. Now, incomplete shows. What's next, you just going to your home movies off your cell phones, and call it content?

Amazon: You treat your customers like you're doing them a favor, instead of people that pay you for a service.
101 people found this helpful

stuard n.Reviewed in the United States on November 4, 2018
5.0 out of 5 stars
(Show Review, Not Specific Amazon Product Review)
If you are wondering whether you should watch this (assuming you've never heard of this series), I would say 'definitely'. Why? I believe it is a great 'gateway' series into sci-fi for those not comfortable browsing the genre (at least I know it was for me). Whereas other sci-fi shows of its time focused on being technical and serious, it is the first sci-fi show I was introduced to that focuses more on the softer sciences (social science, psychology, etc) than the harder sciences (physics, mathematics, etc). Personally, instead of worrying whether a ray-gun would be realistic in the future, I prefer to focus on how scaling our perception of reality onto other worlds allows us to understand current issues from a different perspective. ALSO, it should definitely be noted that Richard Dean Anderson meant for the series to be comedic and THAT it definitely is. I love the humor in this series. Have fun!
84 people found this helpful

miss cherryReviewed in the United States on January 8, 2019
5.0 out of 5 stars
great show, very entertaining
Verified purchase
I really enjoyed this show
18 people found this helpful

ChuckReviewed in the United States on September 23, 2019
5.0 out of 5 stars
Stargate sg1- great series
Verified purchase
Loved the concept of the story and the series with original cast.
13 people found this helpful

DanHReviewed in the United States on July 23, 2020
5.0 out of 5 stars
What the heck Amazon!!! Make SG1 Great Again!!!
Seriously why did you take away SG1, been watching through with my kid for the first time and right in the middle you remove it. What did not not have enough space for all those BS documentaries on whatever horrible IRL thing is going on..... yes yes more stores about the daily BS I'm forced to deal with for my "escape" time.

Joe MReviewed in the United States on November 17, 2018
1.0 out of 5 stars
Incomplete!
The Shroud S10E14 is missing
They just repeat S10E12 in S10E14
Just the first minute is different. The Rest is exactly the same
56 people found this helpful

Tim W.Reviewed in the United States on July 24, 2020
5.0 out of 5 stars
Canceled without notice.
I was up to season 4 when Amazon stopped streaming SG-1. There was no apparent warning. I have now signed up with Hulu to continue watching. Will probably drop Prime due to this. A warning would have been nice. A notice for when its expected to return would have been even better.
13 people found this helpful
See all reviews
Back to top
Get to Know Us
Make Money with Us
Amazon Payment Products
Let Us Help You
EnglishChoose a language for shopping. United StatesChoose a country/region for shopping.
© 1996-2022, Amazon.com, Inc. or its affiliates