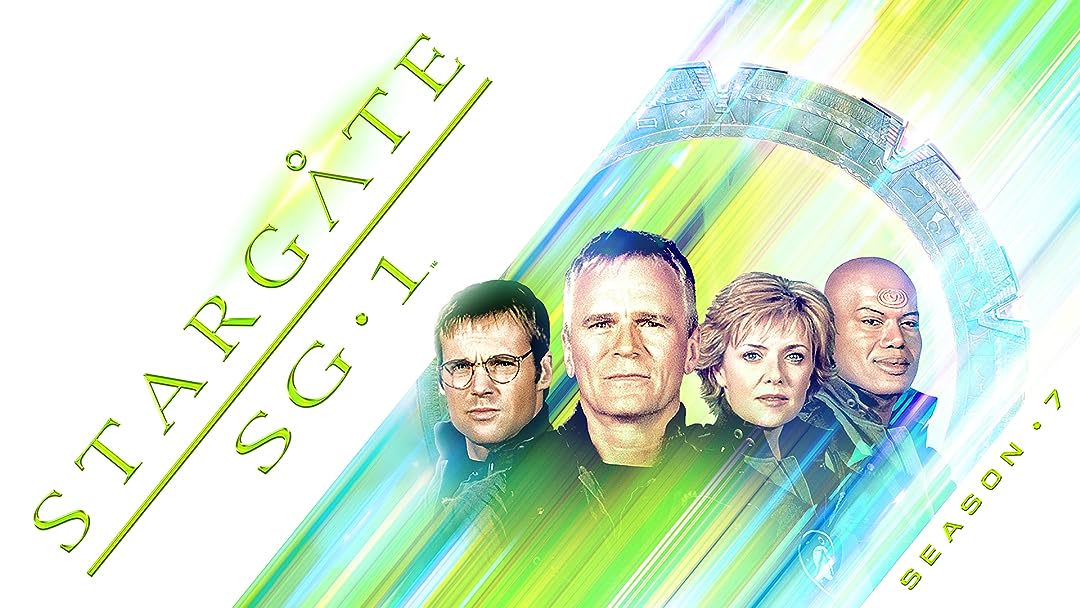 (24)
2004X-Ray13+
Stargate SG-1 picks up where the blockbuster film left off. Colonel Jack O'Neill and his SG-1 team; Daniel Jackson, Teal'c, and Captain Samantha Carter, set out to explore the mysteries of the Stargate. Each exciting mission through the gate takes the SG-1 team to new worlds in a seemingly boundless universe.

Charles LeonardReviewed in the United States on July 21, 2020
5.0 out of 5 stars
Thinking about Canceling my Prime Subscription because of this...
They took this away right in the middle of season 7. Truly disappointed in Amazon.
17 people found this helpful

MumbojumboReviewed in the United States on February 6, 2019
2.0 out of 5 stars
It's Winding Down at Last
First let me say that this review has nothing to do with the actors or their ability. It's all about the writers/creators. Here we are on season 7 and my rating has come down from a 4 to a 2. It is plain that the writers are running out of ideas and their methodology has changed. Initially, there were well defined conclusions to episodes and now episodes finish "up in the air" leaving the viewer to decide for themselves on how things really ended.
It's like the old idiom of "flogging the dead horse". One can only flog a dead horse so long before it begins to stink. And that is what appears to be happening to this program.
It's a pity because the actors are then left to try and make it work. The writers have tried to inject some humor into the series and in doing so have made existing characters look plain stupid and new characters nothing short of moronic. In this last episode I watched, a moron has been re-introduced and his character is so stupid that the concept of Stargate command hiring him as a scientist is ridiculous. But the script forces Sam to classify him as a "brilliant" scientist. Honestly, this guy is about as brilliant as a sunrise at midnight. And despite all this inane stupidity the writers obviously thought they had come up with something really funny. Face it folks, stupidity does not make good comedy. In the end it just remains plain stupidity.
It is a pity that a program which began as well as it did has come down to this but i guess that's why it only lasted another 3 seasons.
However, I have not totally given up hope just yet. I will continue to work my way through each episode and season in the hope that the show may get some of it's greatness back, but with the direction things are going at this stage, hope is fading. The only good thing about this program at the moment is that it is free on Prime.

Juan JimenezReviewed in the United States on November 25, 2020
2.0 out of 5 stars
McGyver makes for a very bad Kurt Russell
It's a pity that Richard Dean Anderson was cast as the dimwitted Col. O'Neill. He makes for a very poor replacement of the character Kurt Russell created. It isn't often I repeatedly feel like smacking an actor through the screen. He makes me feel like doing that every time he makes yet another stupid retort.
One person found this helpful

Richard GruneReviewed in the United States on December 24, 2020
1.0 out of 5 stars
need more notice of when you remove a series from prime.
More notice of the time leaving prime would be great. On season 6. Less than 30 days notice is not excepted. Netflix here I come. First NYPD Blue now this.
2 people found this helpful

Just last night it WAS in PRIME and today it's the ONLY one that isn't ?

Why is prime video so messed up?
3 people found this helpful

Mac 1Reviewed in the United States on September 26, 2020
4.0 out of 5 stars
The Go'aold are gods, Really!
If they are gods and thought of as gods by their own kind and by the Jaffa. Why then do they fight each other to the death if gods cannot die? It is a good and enjoyable series, but it has a major flaw in the plot. If they are gods and cannot die then why fight each other? That is the Flaw in this series!

ThatonecargirlReviewed in the United States on June 30, 2019
5.0 out of 5 stars
Sad
Love this series, however I’m in the middle of season 7 and it suddenly became unavailable to watch, the only season unavailable...
3 people found this helpful
See all reviews
Back to top
Get to Know Us
Make Money with Us
Amazon Payment Products
Let Us Help You
EnglishChoose a language for shopping. United StatesChoose a country/region for shopping.
© 1996-2022, Amazon.com, Inc. or its affiliates