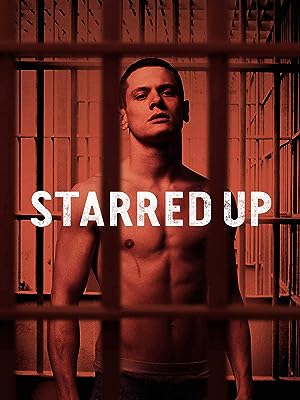 (1,193)7.41 h 45 min2014X-Ray18+
Condemned to an adult prison, an explosively violent young man is forced to fight for survival as criminal forces attempt to control him for their own good. Help comes from the unlikeliest source, his estranged father also serving time.

Andy WaitstillReviewed in the United States on June 15, 2017
5.0 out of 5 stars
Brash, Bold and Breathtaking
Verified purchase
Eric (Jack O'Connell), a viciously violent 19 year-old, has been transferred from juvenile to adult detention. His immediate preoccupation is gaining status. To his chagrin, he is placed in the same wing as his father who has been absent and in prison virtually all of Eric's life. As Eric tries to exact retribution for real and perceived slights, his father attempts to intervene and discipline his son but there is little here to their relationship other than genes. And the prison officials don't seem to see any value in rehabilitating any inmate, let alone Eric. The film naturally centers around Eric and the brutality carried out by him and on him but through the endless assaults and corruption indicts the prison system for its wilful failure to properly protect its wards and aid in any way in helping them if they wish to change their behavior. The father-son dynamic is played as a means to this end. It's a extremely graphic film and the violence can almost become mesmerizing after a while but that doesn't entirely obscure the motive. The acting is excellent. O'Connell is brilliant. He is one of a very small number of actors who understands the importance of physicality. He displayed this in "'71" and puts it to even greater effect here. His movements, gestures, glances - all convey his attitude, his mood, his thinking. It's a style that made Marlon Brando so powerful in "A Streetcar Named Desire" and it really singles out O'Connell from other actors of his generation. His overall performance is extraordinarily bold and brave for such a young man. And the rest of the particulars - the writing, directing, production - are so well-focused and so grounded in realism that you never feel like anyone is pulling your chain. A highly recommended film (for a highly mature audience).
9 people found this helpful

Chuck MunroReviewed in the United States on May 29, 2016
4.0 out of 5 stars
Sensational prison movie with talent all over the place and ...
Verified purchase
Sensational prison movie with talent all over the place and mostly previously unknown, except for Ben Mendelsohn, one of the stars of Animal Kingdom and other movies. In addition to a painfully realistic prison environment, the story adds a father-son relationship, which albeit led me to question how plausible it actually is that a father and son could end up in the same prison -- but which highlights the ongoing themeswhich touch on the sins of the father and the trails of broken spirits - themes that shoot through many scenes and characters in this story. Jack O'Connell in the lead is an exceptional find and his relationship with Mendelsohn makes it all believable. Rupert Friend as the in-house therapist who believes in O'Connell and all of his "group" members with grounded sensitivity and courage is the quiet heart of the story. Many extras that we may never again see on the screen add to the authenticity and heart of this magnificent film.
One person found this helpful

Andrew EllingtonReviewed in the United States on April 2, 2015
5.0 out of 5 stars
Sometimes we have to break in order to rebuild...
Verified purchase
I talk a lot about films about parenthood. Being a father has changed the way that I look at things, and because I that I find a deep connection in the exploration of parenting, of fathers and mothers and even children because, in many ways, I feel as though I can relate regardless of the situation. Even in depictions of situations that so clearly differ from my very own, I can find that kernel of universal truth that rings so clear.

I had no idea that ‘Starred Up’ was even about a father/son relationship when I saw this, but…wow!

‘Starred Up’ is a chaotic film, but not in the sense that you may assume given that description. It’s extremely focused and makes a sharp point at being so, but it absorbs the atmosphere of the climate with which it festers and it explodes, scene after scene, in chaos; controlled and lingering chaos. Within that chaos, there is raw, tender beauty; believe it or not. In fact, ‘Starred Up’ is probably the one film that has grown so much for me since first laying eyes on it. It’s a film that has rested in a way that swells in my heart, for it creeps up on you with a message that is so real, so invested that it makes an incredible impact.

‘Starred Up’ begins to tell the tale of Eric Love. Eric is a teenager with a very violent history, and due to his reckless behavior he has been ‘starred up’, or transferred to an adult prison. It is here that he becomes the center of attention for pretty much everyone in the wake of his storm, as his outlandish and abrasive attitude swirls around the halls and cells like a tornado. At either side of this tornado are men who want to help Eric in their own way. First, there is Eric’s father, Neville, a nasty man who personifies everything that Eric will eventually become if he doesn’t uproot his course and change. Neville, despite his temperament and disposition, only wants to see Eric survive his stay. Then, there is Oliver Baumer, a social worker who thinks that he can manage Eric and eventually help him change, reform. Somewhere in the middle is Eric, a boy with almost no choice anymore but to accept the help he is so adamant to reject, because leering over every shoulder are people bent on getting rid of Eric, who is nothing but trouble.

The beauty of ‘Starred Up’ is found in the moments when the chaos finally explodes to reveal hearts on sleeves. Yes, hearts bleed, eventually, and these moments will last with the viewer long after the film has concluded.

While I talk about the father/son relationship factor, and that factor is huge, it is also not exclusive to blood, for the relationship that forms between Eric and Oliver is almost like a blossoming adopted father/son relationship that rights all the wrongs in Neville’s approach and presents Eric with a perfected example of what it means to have ‘someone in your corner’. With both of these relationships building, breaking and rebuilding before our eyes, we are told a tremendous story of shattered love rebuilt in a way that gives hope to the wayward; father and son.

David Mackenzie’s direction is sharp, abrasive and impactful, but the film truly lives and breathes in the performances of its stars. Rupert Friend and Ben Mendelsohn swirl around the protagonist with such fiery convictions, pushing and pulling and leading the way; but this is all about Jack O’Connell, who delivers a star making performance that shatters all expectations. He goes there, just goes there so strongly, allowing the chaos to absorb him and propel him into the face of the audience.

‘Starred Up’ is more than a prison drama. This is a film about rebuilding family, about righting our wrongs, finding the folly of our ways and realizing that our actions can always be reformed for the betterment of tomorrow.

AbsolutelyGenuineReviewerTrustMeReviewed in the United States on February 15, 2016
5.0 out of 5 stars
Great film. Felt more like watching a play, and that's a good thing.
Verified purchase
So much in this film is about what is not said. The subtext requires great actors to pull it off, and this film is stacked with great actors. Astonishing performances.

The only emotions we see until the very last 30 seconds of the film are driven by the violence that's a part of each prisoners life every second of every day. Yet the cast still finds a way to make viewers sympathetic--or at least understanding--towards them.

One of the best parts of the film is the scenes of group therapy run by Rupert Friend's character. The film's writer never gets preachy about what causes young people to become perennially incarcerated, but it is implied perfectly in the therapy sequences.

Jack O'Connell's performance is a revelation. He's going to land some big roles in the future and become a household name soon enough.
One person found this helpful

There is a twist that I was definitely NOT expecting.

Performances by all the actors in this film were beyond believable. The violence is only as graphic as it needs to be and is not overdone, considering the circumstances and characters. The counselor was played pitch perfect by Rupert Friend; even though we never find out a a lot about him, you know he embodies his past and is the perfect countermeasure among all the psychological pressures all of the characters face. I hadn't planned on staying up late but by the time I finished the film it was 1:30 in the morning and I look forward to re-watching it to catch some of the things I may have missed the first time. The language can be difficult to understand but I watch enough BBC that it was easily gotten from context. Another reviewer wrote a glossary that is really helpful to read before you watch it if you're a newbie.

RubyReviewed in the United States on February 11, 2015
5.0 out of 5 stars
This is going to be one of those movies that "stays" with me for a long time.
Verified purchase
Being an average middle aged Midwestern American gal, I wasn't sure this movie would be my cup of tea. I rented it based on some of the positive reviews I read and figured "Eh, I'll watch it out of the corner of my eye while I do other work". But, right from the beginning, I never took my eyes off of the screen. Great acting and a story line that just barrels forward kept me completely engaged and quite emotional throughout the film. Think you can't relate to the subject matter? This film is as human-being relatable as it comes. Hours later after watching, and I'm still a bit emotional. Some movies you forget about moments after they're over and some movies really stay with you and drift back into your thoughts for years to come.
4 people found this helpful
See all reviews
Back to top
Get to Know Us
Make Money with Us
Amazon Payment Products
Let Us Help You
EnglishChoose a language for shopping. United StatesChoose a country/region for shopping.
© 1996-2021, Amazon.com, Inc. or its affiliates