Startup Communities and millions of other books are available for Amazon Kindle. Learn more
Share <Embed> 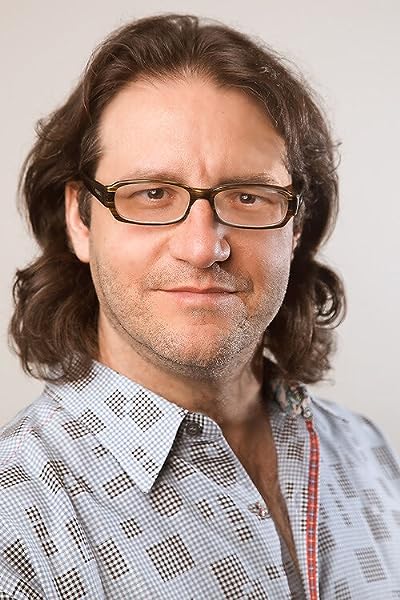 by Brad Feld (Author), Mike Lenz (Reader)
4.6 out of 5 stars 37 ratings
See all formats and editions
Sorry, there was a problem loading this page. Try again.
First published in 2012, Startup Communities became a blueprint for what it takes to build a supportive entrepreneurial community. Now regarded as a classic, the Boulder Thesis created and popularized by Feld within the book generated enormous media attention nearly a decade ago. At that time, Boulder was an emerging startup laboratory--a hub of innovation building new tech businesses. It quickly accelerated into a world-class ecosystem for entrepreneurs. Boulder's entrepreneurial density, combined with the geographic concentration of entrepreneurial activity around the Boulder downtown core, made it a hotbed of startup activity. Thanks in part to the book, what happens in Boulder now leaves Boulder. Rapidly growing startup communities in Atlanta, Detroit, Denver, Kansas City, Nashville, and Indianapolis are just a few examples. Startup communities continue to pop up across the US and around the world, prompting fresh new revelations and stories from Feld about what's happened over the last decade. Startup Communities 2nd Edition describes what makes a startup community ecosystem first click, then hum, and in time, excel. The book also discusses the necessary dynamics and pre-conditions of building communities of entrepreneurs who can feed off each other's talent, creativity, and support.
Read more
Previous page
Next page

Brad Feld has been an early-stage investor and entrepreneur for over twenty years. Prior to cofounding Foundry Group -- a Boulder, Colorado-based early-stage venture capital fund that invests in information technology companies all over the United States -- he cofounded Mobius Venture Capital and, prior to that, founded Intensity Ventures, a company that helped launch and operate software companies. Feld is also a cofounder of TechStars and has been active with several nonprofit organizations. He is a nationally recognized speaker on the topics of venture capital investing and entrepreneurship.

Mike Lenz has been an audiobook narrator and voice actor for more than fourteen years. Having narrated titles in genres ranging from fiction, entertainment, science, and children's literature to Christian, business, self-help, and history, Mike loves bringing nonfiction and fiction stories to life with his engaging, confident, and trustworthy voice. Mike's broad background includes voicing commercials, eLearning projects, real estate videos, corporate and web-based videos, and brand imaging, appearing in regional and national television commercials as an on-camera talent, and serving as the mayor of his hometown of Saratoga Springs, New York. Mike is also a Voice Arts Award-nominated podcast producer as well as an author. He is a frequent speaker at learning and voice-over conferences. Mike currently lives in Saratoga Springs, New York, with his wife and four children.

Start reading Startup Communities on your Kindle in under a minute.

Brad has been an early stage investor and entrepreneur since 1987. Prior to co-founding Foundry Group, he co-founded Mobius Venture Capital and, prior to that, founded Intensity Ventures. Brad is also a co-founder of Techstars.

Brad is a writer and speaker on the topics of venture capital investing and entrepreneurship. He's written a number of books as part of the Startup Revolution series and writes the blogs Feld Thoughts and Venture Deals.

Brad holds Bachelor of Science and Master of Science degrees in Management Science from the Massachusetts Institute of Technology. Brad is also an art collector and long-distance runner. He has completed 25 marathons as part of his mission to finish a marathon in each of the 50 states.

4.6 out of 5 stars
4.6 out of 5
37 global ratings
How are ratings calculated?
To calculate the overall star rating and percentage breakdown by star, we don’t use a simple average. Instead, our system considers things like how recent a review is and if the reviewer bought the item on Amazon. It also analyzes reviews to verify trustworthiness.
Top reviews

JK
5.0 out of 5 stars This should be required reading for entrepreneurs
Reviewed in the United States on October 22, 2021
Verified Purchase
Einstein made the point that imagination is more important than logic. People can develop creativity but it starts with imagination, that is followed with logical action. While most entrepreneur’s focus on imagining and creating new products or services, this book provides a foundation to imagine an environment that supports and encourages entrepreneurs with a “startup community” (even possible for rural communities). This book also provides priceless and proven, logical “how to” actions to design, create, and sustain your startup community, whether that looks like incubators, accelerators, angel investor organizations, or hopefully, all of them. Some important keys include leadership of the startups needs to belong to the entrepreneurs, not the investors, government, or colleges. Be inclusive, value mentorship (both ways), think and act long-term, and embrace the fact a lot of startups will fail, don’t take it out on the founders, consider it a learning experience. If your community wants to increase it’s number of entrepreneurs and new businesses, but you don’t know where to start, this book has proven and priceless shared experiences and tactics, not just on the key points I mentioned, but many others. A must read for entrepreneurs.
Read more
Helpful
Report abuse

David J. Pio
4.0 out of 5 stars Who proofread this?
Reviewed in the United States on February 10, 2021
Verified Purchase
This is a good book so far, but I have to wonder who proofread this book? I’ve never seen so many errors in a book in my life. Missing words primarily. For a book published by Wiley I would have expected perfection.
Read more
Helpful
Report abuse

Ian Shaw
5.0 out of 5 stars Excellent
Reviewed in the United States on October 3, 2020
Verified Purchase
Must read for someone who wants to be part or create a start up ecosystem within their respective city.
Read more
Helpful
Report abuse

Daoud Awawda
5.0 out of 5 stars Inspiring Book!
Reviewed in the United States on January 14, 2021
Verified Purchase
This is a fantastic book that I wish I've read years ago. Thank you Brad for the thoughtful book and wisdom that you shared with us.
Read more
Helpful
Report abuse

Robert Morris
HALL OF FAMETOP 1000 REVIEWERVINE VOICE
5.0 out of 5 stars "Whether you think you can or think you can't, you're probably right." Henry Ford
Reviewed in the United States on July 28, 2020
I read this second edition of a pioneering work that was first published in 2012 before reading The Startup Community Way, co-authored with Ian Hathaway and published on the same day. They are complementary works, best read (in my opinion) in combination, this book first.

The need for a revised and updated edition of Startup Communites is obvious, indeed overdue, given all that has happened -- and is happening now -- in a business world that is more volatile, more uncertain, more complex, and more ambiguous than at any prior time that I can remember in a career that began in 1960. Change remains the only constant but it occurs so much faster and in much greater frequency. I agree with Richard Dawkins: “Yesterday’s dangerous idea is today’s orthodoxy and tomorrow’s cliché.”

Here's the etymology of the word entrepreneur : "one who undertakes or manages," agent noun from Old French entreprendre "undertake" (see enterprise). The word first crossed the Channel late 15c. (Middle English entreprenour) but did not stay. Meaning "business manager" is from 1852.

Those who launch startups are entrepreneurs. Those who create startup communities are also entrepreneurs. However, startups are not limited to new companies. They could also be engaged with anything else that is not associated with the given status quo.  The most important U.S. entrepreneurs have led initiatives that resulted in breakthrough innovations. Examples include Benjamin Franklin, John D. Rockefeller, Andrew Carnegie, Thomas Edison, Sam Walton, Bill Gates, and Steve Jobs.

These are among the passages of greatest interest and value to me:

Thousands of years ago, families began to create groups that, in turn, became communities and then tribes that, in turn, became nations. This is a complicated process, one involving discovery, growth, decline, and sometimes extinction as well as varying degrees of communication, cooperation, and (especially) collaboration. Each of today's Fortune 500 was once a start-up. Within their first 48-60 months, most fail or are acquired by a more successful company. Being part of a startup community probably improves those odds but start-up startup commuities have their own challenges.

Since the first entrepreneurs, startups have had three primary needs: survival, security, and over time, sustainability.  In this Second Edition of what has become a business "classic," Brad Feld's focus is on one of the most challenging human initiatives: creating an ecosystem within which launching a new business its success is most likely to occur.  That is, an ecosystem that can help a startup fill its three basic needs. This edition includes what he has learned since 2012 from startup communities with which he has been closely associated. However, the four basic frameworks remain the same and each is thoroughly discussed in this book and in The Startup Community Way, co-authored with Ian Hathaway.

Henry Ford makes a key point in the quotation provided earlier. Launching a startup is not for the timid. Most people are unwilling put at risk what James O'Toole so aptly characterizes as "the ideology of comfort and the tyranny of custom." Entrepreneurs have fears and concerns but, despite them,  also the courage to pursue a dream and maintain their commitment. There are many valuable lessons to be learned from a community of those who launch startups. They are worthy of our thoughtful consideration.

I also want to add another key point: Much (not all) of the material in the two books can be of substantial benefit -- with only minor modification -- to those launching a new business venture within a large, well-established organization. In fact, whatever their size and nature may be, ALL organizations need to establish a workplace culture that is in every possible and appropriate way an entrepreneurial ecosystem.
Read more
3 people found this helpful
Helpful
Report abuse
See all reviews

Daniel Leipnitz
5.0 out of 5 stars Fundamental !
Reviewed in Brazil on May 31, 2021
Verified Purchase
Fundamental para quem quer entender como construir ecossistemas de inovaação.
Read more
Report abuse
Translate review to English
See all reviews
Back to top
Get to Know Us
Make Money with Us
Amazon Payment Products
Let Us Help You
EnglishChoose a language for shopping. United StatesChoose a country/region for shopping.
© 1996-2021, Amazon.com, Inc. or its affiliates