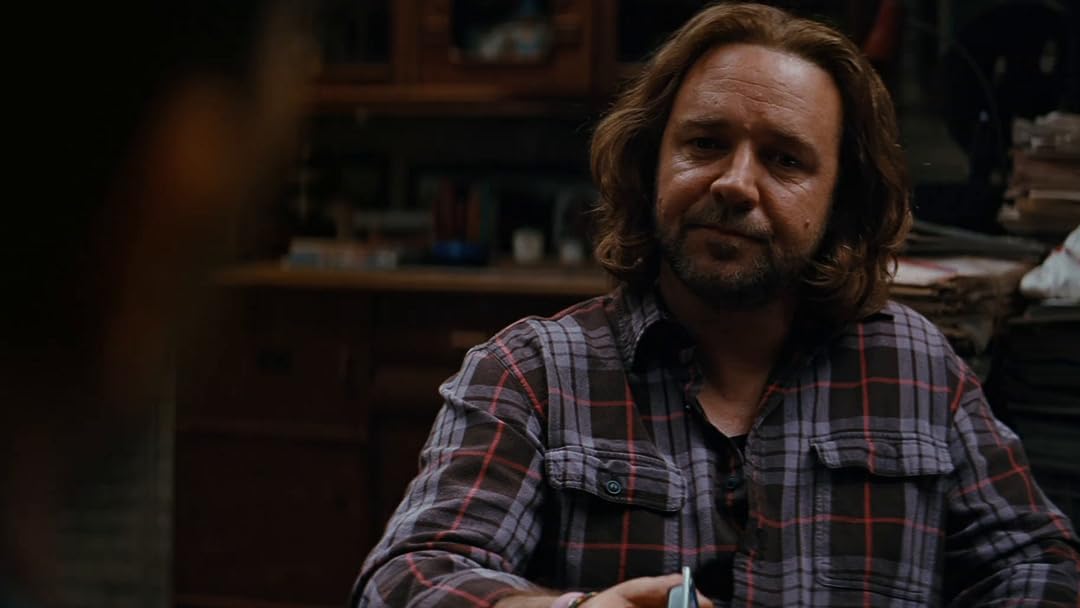 (3,346)7.12 h 7 min2009X-RayPG-13
A member of parliament and his former campaign manager-turned journalist find themselves on opposite sides after the parliamentarian's research assistant/mistress turns up dead.

CatReviewed in the United States on July 8, 2017
5.0 out of 5 stars
LOVED IT...INTELLECTUALLY AND EMOTIONALLY SATISFYING
Verified purchase
God, this is good. Such an intriguing, intelligent, plausible story. It's character driven in that most of the action is motivated by the desires and limits of the characters. It's structured and edited in such a way that tension, interest, and suspense are maintained--even increasd. The ending is not predictable but completely believable. A very cool surprise. I want to watch it again. Absolutely wonderful acting especially by the stars/leads.
26 people found this helpful

Michael K.Reviewed in the United States on March 31, 2019
2.0 out of 5 stars
Vastly overrated
Verified purchase
What a waste of a great cast on a lousy screenplay. I thought the story line of this film was impossible to follow; I had to go to Wikipedia after watching the movie to get an explanation of the inscrutable plot. Although well acted, the film is an epic fail based on the fundamental imperative of film: story telling.
14 people found this helpful

Matthew D'SouzaReviewed in the United States on January 18, 2020
4.0 out of 5 stars
Exciting to Think About and Fun to Watch the Performances!
Verified purchase
Exciting and complex thriller about political scandal and investigative journalism.

Kevin Macdonald’s political thriller State of Play (2009) boasts a massive cast of A list stars, who deliver gripping dramatic performances in this intricate narrative of deception and corruption. Macdonald’s direction makes sense out of a convoluted political plot with focused direction, gripping performances, and a wonderful series of twists. The script is clever, but needlessly complicated for such a cliche story. It’s in Macdonald’s smooth execution that makes all 127 minutes of State of Play fly by with ease. Justine Wright’s editing keeps things snappy and involving as she never lingers too long on a shot.

State of Play is nearly forgotten as a popular political thriller, thanks to superior films in the genre like All the President’s Men, 3 Days of the Condor, JFK, Zodiac, and Spotlight remaining in the minds of the moviegoer more distinctly. However, State of Play is thoroughly entertaining and continues to be a fun piece about politicians soiled by corporate interests and journalists obsessed with their story and the virtues of truth telling.

Russell Crowe is riveting as a hard edge journalist doing research for the biggest story of his career that he has too many close connections in association. State of Play is a neat mid career move from Crowe who had dazzled audiences previously with L.A.Confidential, Gladiator, A Beautiful Mind, and Master and Commander. State of Play as well as The Next Three Days let Crowe have fun with some thrillers while he was gaining weight instead of resting on his laurels. I’m glad he had a nice comeback with The Nice Guys and Boy Erased. As for State of Play his romantic chemistry with Robin Wright is nice and his comradery with Rachel McAdams is very fun. Crowe gives serious gravitas to his words on the value of truth and integrity in journalism. You want his character to succeed for all his hard work and earnest motivations. Crowe gets several long passages of dialogue that he delivers with a convincing interest.

Rachel McAdams is wonderful in State of Play. It’s a similar role that she would return to in Spotlight, but McAdams is so lively here. She uses playful looks from her hypnotic eyes and sly body language to convey a fun character. McAdams is believable as a blogger trying to become a more serious journalist. She’s witty and gives Crowe as good as she gets in insults and wry remarks. I must mention that the costume designer, Jacqueline West, Lisa Lovaas, Mara Majorowicz, and Amanda Sroka, really outdo themselves for State of Play did a great job of creating several cute outfits for McAdams. They’re as memorable as her acting.

Ben Affleck is surprisingly good and realistic as a young congressman awash in scandal and intrigue. He plays the rude arrogant jerk that cheats on his spouse well. Helen Mirren is entertaining as the newspaper head. Robin Wright is rather affecting and sincere, especially opposite Crowe. Jason Bateman has a hilarious cameo. Jeff Daniels is fairly convincing as a conniving congressman. Michael Berresse is cold and haunting as a contract killer. Would you believe that Viola Davis and David Harbour both have neat cameos in intriguing supporting actress? Well they do, and they really feel like real people in this gritty investigation.

In all, State of Play is interesting and thoughtful, but mostly to do with our possible fall for temptation. Maybe check it out if you have not seen it yet or do not remember it anymore.

Barbara R.Reviewed in the United States on July 9, 2020
3.0 out of 5 stars
Disappointing
Verified purchase
The title was way better than the actual movie. I expected something really suspenseful. And you'd think with this all start cast of 4 top notch actors....well no. The plot was so so and the dialogue very predictable and no real twists or turns. If the movie had been free to prime members I wouldn't be so disgruntled, but paying $3.99 for this.... not worth it.
3 people found this helpful

Daniel ThomasReviewed in the United States on December 29, 2018
4.0 out of 5 stars
"Oh for Christ's sake. Don't throw those dewey cub-reporter eyes at me, it's nauseating."
Verified purchase
A good political thriller mystery. I suspected that the people behind the killer wasn't the obvious one. The movie also reminded me of 'Suspect' with Cher and Liam Neeson. That movie, also set in DC, had you suspecting one person and but at the end it turned out to be someone else.
8 people found this helpful

Deborah MarieReviewed in the United States on May 30, 2021
4.0 out of 5 stars
GOOD ACTORS AND ACTING
Verified purchase
I LIKED THE ACTORS, PLOT, AND AS USUAL RUSSELL CROWE AND RACHEL MCADAMS, AND NEW TO ME BEN AFFLECK'S ACTING WAS VERY BELIEVABLE. I LIKE HELEN MIRREN ACTING , BUT DID NOT REALIZE HOW PERVERSE SHE WOULD AGREE TO SPEAK. HER USAGE OF VULGAR AND CURSE WORDS ALONG WITH USING GODS NAME IN VAIN WAS A SHOCK TO ME, AND GAVE ME AN ENTIRE DIFFERENT OPINION OF HER AS AN ACTRESS AND PERSON. IT WAS VERY DISAPPOINTING AND NEGATIVE. THE MOVIE WAS AT TIMES CONFUSING WITH A SUPPRISE ENDING THAT DID NOT MAKE SENSE TO ME. BUT THOUGH I WOULD NOT WATCH IT AGAIN, IT WAS OK TO WATCH ONCE.

Questio VerumReviewed in the United States on October 17, 2009
5.0 out of 5 stars
A rare quality mystery thriller
Verified purchase
I am a little disheartened seeing this at only 3.5 star average here at Amazon.com, but feel better seeing the 7.4 average at[...], which is a high rating for that site. I am a mystery thriller fan above all, in both books and movies, and I consider myself a hard person to please. Most movies in this genre are pathetic, with gaping holes in plots and plausibility, reliance on coincidences or extreme violence, and laughable dialog. I don't even remember hearing about this movie in theaters and just happened to see it on Amazon VOD, so with a night of nothing to do I rented it. I was grabbed right from the start and kept waiting for it to suck, a Pavlovian response to so many others, but instead I was riveted to the end (and thank you, director Macdonald, for a two-hour movie instead of these 87 minute jobs).

There are great reviews here that sum up the movie very well, and even more at IMDB if you go for those types, so I'll forgo all of that. There are a few criticisms I can acknowledge, but they are minor in comparison to the whole experience here, which is tense, intriguing, timely and just damn fun to watch. If you are a fan of good movies, and even more if you are a fan of the genre, ignore the 3.5 stars and give it a go (under $4 in Amazon VOD...I mean really).
17 people found this helpful
See all reviews
Back to top
Get to Know Us
Make Money with Us
Amazon Payment Products
Let Us Help You
EnglishChoose a language for shopping. United StatesChoose a country/region for shopping.
© 1996-2021, Amazon.com, Inc. or its affiliates