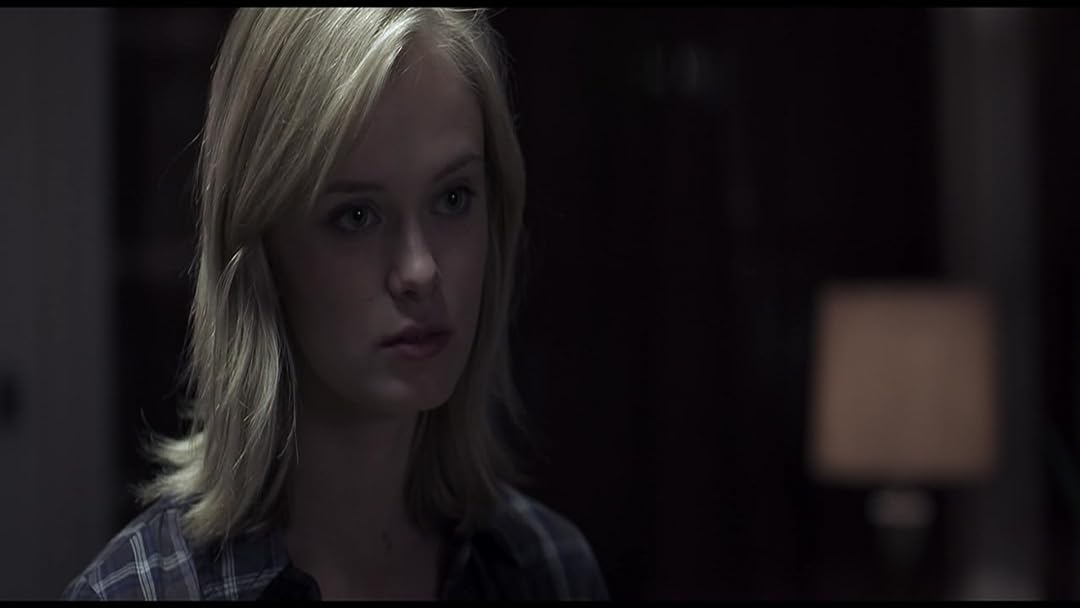 (361)
5.41 h 23 min2012X-Ray16+
As a young novelist and his wife are coping with the loss of their child, their lives are turned upside down when a panicked girl appears at their home in the middle of the night with stories of masked intruders stalking her. Starring Milo Ventimiglia (This is Us).

ReeReviewed in the United States on June 3, 2018
4.0 out of 5 stars
A Shrine in a Wine Cellar
Verified purchase
It was an entertaining movie for me. I enjoyed it for the drama, it was pretty intense for quite a bit of the movie, even though some of the script was a bit lacking. I was into it... then the ending... The ending was sort of a let down because it was a twist that has been done in a few movies, so I was a little disappointed. Not that it was a BAD ending, it was just not a loud AHA! moment. If you're just looking for something to pass the time and not looking for an epic, instant classic, give it a shot (pun intended). No one but you can judge if you like it.
4 people found this helpful

Julie D. VigilReviewed in the United States on May 21, 2018
5.0 out of 5 stars
I really liked this movie
Verified purchase
I really liked this movie, it is creepy not gory. it was well done. I loved the story. A home invasion not in the traditional sense, because of the twist at the end. A couple have lost their three year old son. The husband is a famous author and the mother is in a deep depression. they have put their house up for sale, to move away from their tragedy and they are trying to connect with each other again. One night a strange woman knocks on the door looking for help and then all hell breaks loose. I will leave it at that so I don't give any spoilers away. Well acted and good script. Much better than the average Netflix standard.
4 people found this helpful

Rapid RandyReviewed in the United States on May 23, 2018
4.0 out of 5 stars
Oops! Watched A Second Time By Mistake b/c I Forgot Everything But The Ending.
Verified purchase
I watched this for a second time by mistake because I forgot everything but the ending. They had a great idea but weren't able to do the same with the rest of the film. It's a shame because someone's going to make this what it should have been and reap their rewards. If you're an avid movie watcher you'll be figuring out things early on, having a hard time suspending disbelief, and going to that place where the great ones take you. For the every once in a while viewer, you may be pleasantly surprised and want to find other movies with similar twists and turns. Hopefully, none of you watch this for a second time like myself.
2 people found this helpful

I knew something was up but couldn't put it together/get it correct until revealed at the end.

Good movie to pass the night. Teared up a few times so you may need tissues

sunidayzReviewed in the United States on June 17, 2018
5.0 out of 5 stars
Best psychological thriller with lots of surprising twists & turns......
Verified purchase
Best psychological thriller I have seen in awhile. Kept you on the edge of your seat from start to finish. Good unique storyline, also with several surprising twists and turns especially at the end. The ending was not easy to understand...……..
2 people found this helpful

Leslie FitzgeraldReviewed in the United States on January 25, 2019
5.0 out of 5 stars
Wow...
Verified purchase
This movie is a good example of a suspense movie. It can keep you guessing for awhile. The plot and the acting were both superb, I was surprised at how much I enjoyed this movie. I would recommend it to anyone liking the suspense genre.
One person found this helpful

Star LightReviewed in the United States on February 6, 2019
5.0 out of 5 stars
Suprise Ending Filled With Nuance
Verified purchase
At first I thought this was a film of random violence. I couldn't have been more wrong. You have to watch it to the very end to experience the sudden breakthrough that is so sophisticated. This film is well acted, well written and well directed with great editing too. It is a film for the spiritually adept advanced beings; such feeling. Wow.
2 people found this helpful

Max TasbyReviewed in the United States on November 16, 2020
1.0 out of 5 stars
Boring !
Verified purchase
This was a very strange movie, I don't know if it was a dream or what
it's like at the end everything just disappear what is the point

and why was these people's warren those Mask
it has absolutely nothing to do with the movie at all
there was no nuclear fallout
See all reviews
Back to top
Get to Know Us
Make Money with Us
Amazon Payment Products
Let Us Help You
EnglishChoose a language for shopping. United StatesChoose a country/region for shopping.
© 1996-2021, Amazon.com, Inc. or its affiliates