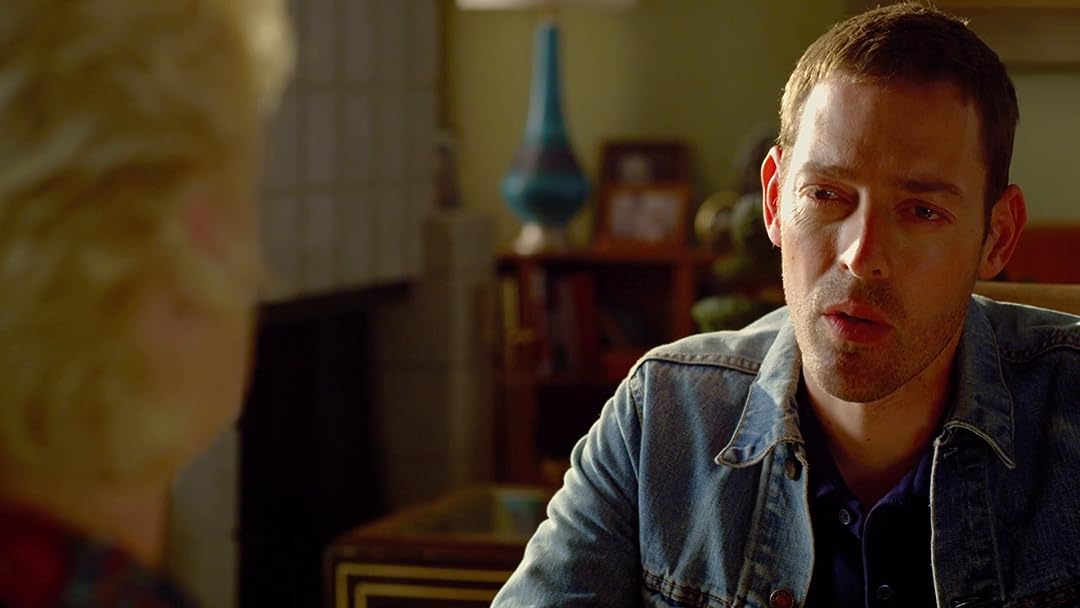 (70)
5.01 h 32 min2011PG-13
An author who returns to his hometown to deliver a commencement address to a class of graduating high school students has to deal with his feelings for an old flame as well as the advances of a student who has the hots for him.

Thomas M. SiposReviewed in the United States on April 18, 2012
2.0 out of 5 stars
Winona Ryder is adorable, but that's it.
Verified purchase
Other than Winona Ryder there's not much to recommend this film.

A 38-year-old guy (Mark Polish) returns to give the commencement speech at his old high school. He's now a successful author (we're told), though no one seems smitten with his celebrity. Indeed, when he says, "I'm not a celebrity," we believe him. But then, why'd the school ask him to give the speech?

This is an oddball story, in that all the characters seem stuck in time, sort of, all except Polish and Ryder. I say sort of, because there are some odd inconsistencies.

Polish's parents treat him like a child. Dad (Michael Gross, from TV's FAMILY TIES) seems like a mental case, as do many characters. Gross seems to be in love with his car. Seriously, emotionally, in love with the car. I suppose this is meant to be funny, but it's just weird, in a non-funny way.

You'd think the principal (Chevy Chase) would be thrilled to have a celebrity author return to give the commencement speech. And he says so, early in the film. But then, inconsistently, Chase later treats Polish like a child, suspending him from ... class? Calling him and the coach into his office for fighting (really, just arguing), and treating them like children. And Polish and the coach sulk in Chase's office, like children.

How is it that Chase no longer treats Polish like an honored guest? Why doesn't Polish just say -- Screw this! -- and leave? He's shown that he can behave like an adult (even if other characters can't), and he has no motivation to stay; he's not interested in giving the commencement, only in seeing Ryder, the cheerleader he tutored and secretly loved. So why does Polish became a child in Chase's presence?

The film's conceit may be that "going back" to high school forces us to become children again, but the film failed to convince me of that premise.

These characters are not childish in a surreal, GET A LIFE/Chris Elliot sort of way. GET A LIFE was a hilarious sitcom. STAY COOL is more toned down, so that these weird character mannerisms (adults behaving like high schoolers?) is not weird enough to be funny. Just a little weird, just enough so that the characters fail to engage or connect emotionally with the audience.

The story is just a haphazard sequence of events as Polish meets people from his past. He dates Ryder. He deals with her angry ex (the coach). He goes to the prom (something he didn't do when he was 18) with a high-schooler 20 years his junior (Hilary Duff).

Sean Astin is the obligatory gay friend. He's a broad caricature, who works as a hair dresser. I'm guessing that his character's main purpose is to show us that Polish is a decent guy, because he's not homophobic. Lazy writers will sometimes give a white male lead a minority friend just to signal that he's a decent guy. Astin's character has no depth, so that seems to be his only reason for being in the film.

In fact, all the characters are flat caricatures. Ryder brings some emotional depth through her acting, but there's not much she can do with this material.

delphicpopReviewed in the United States on August 8, 2021
1.0 out of 5 stars
Garbage worthy of 1/2 a star
Verified purchase
I am cursed: I cannot leave a movie, even when it stinks. I always hold out hope that I'll see something fresh, that the dreck in front of me will somehow redeem itself. This movie did not. It was a waste of time and, what's worse, it violated the No. 1 rule of movies: Don't let the audience think they are watching a movie.

retrodogReviewed in the United States on July 29, 2021
2.0 out of 5 stars
Two Different Movies, Mistakenly Mixed Together
Verified purchase
The main two characters were in a psuedo rom-com, while the rest were in a cheap version Ridgemont High. Chevy Chase continues to prove his limited range but just "phoning in" humor that was ancient in the 80s, as do some of the others.

HappyDadReviewed in the United States on September 30, 2021
2.0 out of 5 stars
Bad, Boring Movie
Verified purchase
Lead actor/film maker has zero personality. Others have to overact to try and compensate but all is lost due to the pointless, boring story.

Francis RogersReviewed in the United States on August 25, 2021
2.0 out of 5 stars
Embarrasing.
Verified purchase
Rudy as a perez hilton clone? Not possible. Pure boredom. I made it halfway.

moses cushingReviewed in the United States on June 12, 2021
1.0 out of 5 stars
Bad writing
Verified purchase
Terrible script, not funny or entertaining. Waste of a good cast. Male lead Mark Polish is the worst actor of all time, painful to watch. Why is Brian Austin Green narrating as Mark Polish's character? Green wouldn't play the lead after reading the garbage script? Racoons with rabies wouldn't eat this trash.

LeslieReviewed in the United States on October 21, 2013
4.0 out of 5 stars
Stay cool was really cool
Verified purchase
Ok I admit that I bought this movie only for Josh Holloway. I was not disappointed. This movie is sweet and funny and a throw back to 80's movies. I enjoyed it. It made me laugh and I'm glad I bought it.
2 people found this helpful

R. YuhnkeReviewed in the United States on June 4, 2013
4.0 out of 5 stars
Good Cast, Ok Movie
Verified purchase
Stay Cool is not that cool, but it has a good cast of starts. The idea is this guy returns to his old high school to give a speech after having written a best selling novel. He meets old buddies, faces off with enemies, and goes after the girl he liked in high school. Overall, a pleasant movie, was entertained.
See all reviews
Back to top
Get to Know Us
Make Money with Us
Amazon Payment Products
Let Us Help You
EnglishChoose a language for shopping. United StatesChoose a country/region for shopping.
© 1996-2022, Amazon.com, Inc. or its affiliates