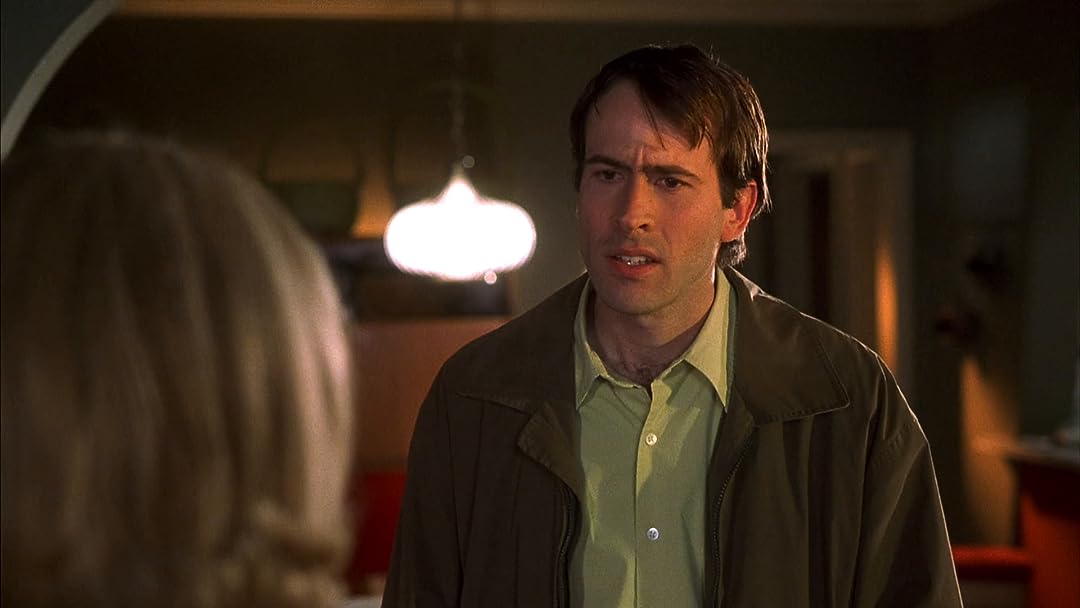 (323)
1 h 25 min2002X-RayPG-13
Harvard, America's most prestigious university and home to the world's greatest minds, is a place where some trailer park families--like John's (Jason Lee) could never afford to go. But now, John's niece has the chance of a lifetime, and all she needs is the tuition that he had promised to pay if she got into a good college...$29,829...which he doesn't have. When John turns to his clueless frie..

cookieman108Reviewed in the United States on July 18, 2004
3.0 out of 5 stars
"I was hungry so I decided to heat up a brick of cheese."
Verified purchase
Comedy is hard. Just ask the people who made Stealing Harvard (2002). Directed by Kids in the Hall alum Bruce McCulloch, starring Jason Lee and Tom Green, Stealing Harvard provides some (some, meaning not nearly enough) funny and charming moments, but really not enough to carry the film. At the time of writing this review, there are over 100 used copies for sale here, and the lowest price is under a couple of bucks. That should tell you something...

Anyway, the film is about a character named John Plummer (Lee) and an off the cuff promise he made to his college bound niece when she was younger, a promise that just happened to be caught on video tape, and one where he told her that if she ever got into college, he would pay for it...well, it's many years later, and she does get into college, Harvard, in fact, and now she needs $30,000 to make up what isn't covered by herself and her scholarships. John does have the money, but problem is, it's earmarked for him and his fiancée Elaine, played by Leslie Mann, to buy a home and get married. In an effort to find another way to come up with the money, John turns to his friend Walter P. `Duff' Duffy (Green), a half-wit with a penchant for coming up with plenty of schemes to obtain the money, most being highly illegal.

So what's wrong with the movie? I guess the main thing is it just wasn't that funny. I do like Jason Lee and I even think Tom Green is pretty funny, in the context of his MTV show, but the comedy is very sparse throughout the film, and I never really felt like the main characters ever really gelled. I actually found some of the supporting characters in Dennis Farina (John's boss and future father-in-law), Megan Mullally (John's sister and mother of his niece), John C. McGinley (the intense bald-headed police detective), and Seymour Cassel (Duffy's uncle who provides the boys with one of their many plans to get the money) to be funnier and more interesting to watch than the main characters. Lee and Green just never really clicked full on for me. I had read that Owen Wilson was originally wanted for Green's part, and I think that would have worked better, as it seemed pretty obvious that a lot of Green's screen antics were probably improvised, and in small doses can be funny, but not in the large volumes we are given here. Had the comedy been more persuasive throughout the film, I probably wouldn't have had time to dwell on whether or not the characters worked well together. As I said before, I do think Tom Green is pretty funny, at least he was on his MTV show, and in small doses, but here we just get too much of him, and his weird, flaky, in-your-face schtick drags on and gets old fast. If you want a much better example of this and/or you're a real glutton for punishment, go pick up his 2001 release of Freddie Got Fingered. Am I saying Tom Green ruined the movie? Nope, as I felt there just wasn't really that much of a movie to ruin. I say ruined, but the movie wasn't really that bad, but I would have a hard time recommending anyone run out and see it, or even rent it, for that matter, as even though the film ran a paltry 82 minutes, it's few truly comic moments do not add up to a funny movie.

The wide screen print here looks very good, and special features include deleted scenes (although I could not tell why they were deleted as they would have fleshed out the runtime and even added a bit more to the storyline, but whatever...), filmographies, and trailers for various Paramount releases. All in all, if you are looking to kill an hour and twenty minutes, or you're a die-hard Tom Green fan, then this film is for you.

Candiria drummerReviewed in the United States on December 5, 2021
5.0 out of 5 stars
like new
Verified purchase
Disk arrived quick and like new condition , no scratches or marks. thank you!

Zack H.Reviewed in the United States on October 8, 2005
5.0 out of 5 stars
"I'm not liquid, Jon. I'm not...liquid!"
Verified purchase
This movie is hilarious. Jon Plummer (Jason Lee) made a promise to his niece when she became eliminated from an elementary school spelling bee that he'd pay her way to college. Unfortunately, he told her that to make her feel better, so now that his niece is all grown up, and he promised to pay for her tuition, he has to figure out a way to get $30,000.

To be honest, Tom Green's character "Duff" had me laughing all throughout the movie. Yes, you read correctly. Tom Green is funny in this movie. I know, I know. He's an acquired taste, but in this movie, he's actually watchable (I've always thought he was somewhat watchable, and yes, I have seen "Freddy Got Fingered" twice -- out of boredom, of course). I recommend this to Tom Green or Jason Lee fans!
2 people found this helpful

Amazon CustomerReviewed in the United States on August 20, 2021
5.0 out of 5 stars
Funny
Verified purchase
Silly/funny

AmyReviewed in the United States on January 26, 2020
5.0 out of 5 stars
FUNNY MOVIE , I ENJOYED
Verified purchase
really funny movie , the things this super uncle would do just to get his only niece into harvard university lol my fav character is duff (tom green)

KLRReviewed in the United States on March 18, 2014
4.0 out of 5 stars
Underrated
Verified purchase
Maybe I was just in a great mood, but this is silly fun. Jason Lee and Tom Green are at there best. They have an odd chemistry. The plot is silly, as you can read above. But the earnest nature Jason Lee approaches things, plus Tom Green who is restrained for a change, worked for me. I found real laugh out loud moments here.

Love&Peace2UReviewed in the United States on April 29, 2020
5.0 out of 5 stars
Hilarious!
Verified purchase
Hilarious movie, but the DVD case arrived with a big gash in it but somehow the DVD was fine.

Rocky Mt SkepticReviewed in the United States on March 31, 2016
4.0 out of 5 stars
Great flick, Jason Lee rocks as usual
Verified purchase
Great flick, Jason Lee rocks as usual. Not too much Green, which is really a good thing. Clever writing and some great characters take over an otherwise predictable storyline and make it a classic.
See all reviews
Back to top
Get to Know Us
Make Money with Us
Amazon Payment Products
Let Us Help You
EnglishChoose a language for shopping. United StatesChoose a country/region for shopping.
© 1996-2022, Amazon.com, Inc. or its affiliates