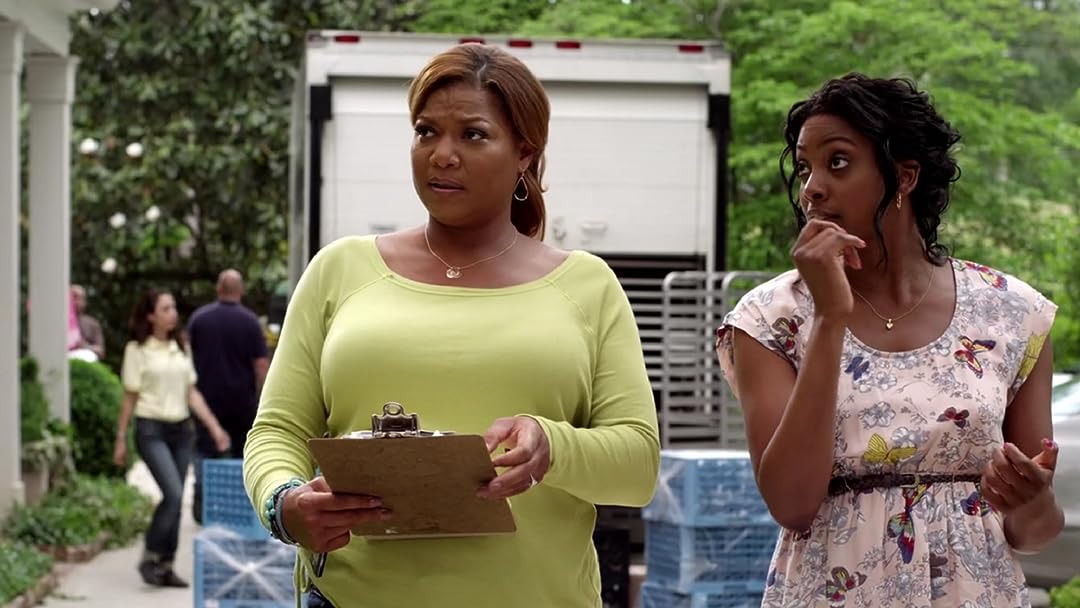 Meg HuffmanReviewed in the United States on January 5, 2020
1.0 out of 5 stars
If It Ain't Broke....
Verified purchase
5 minutes in, I knew I wouldnt be able to watch the entire movie. But, I tried, hoping the acting would improve. At 20 minutes, I turned it off. The actress who plays Truvy is awful. Being from the South (Alabama), nothing frustrates me more than when somebody overdoes a southern accent. Phylicia Rashad, who plays Clarie, did a great job with her acting and her accent. The woman who played Annelle was ok, but Ouiser and Shelby were terrible. This is another movie which should've never been remade.
30 people found this helpful

Shenekia PenningtonReviewed in the United States on January 25, 2021
1.0 out of 5 stars
Movie
Verified purchase
Horrible movie I hated it nothing better than the original
22 people found this helpful

MonteShellieReviewed in the United States on May 3, 2021
1.0 out of 5 stars
Skip it or wait until it’s offered for free
Verified purchase
Noticed they made remake with an all black cast so thought, wonderful! Has many of the actresses that I like. Unfortunately it is a Poorly made remake. I was looking forward to it and highly disappointed. Thought they would remake the movie with their own spin to it and the majority of the dialogue was exactly the same from the original. I didn’t feel the actresses connected, they looked bored? Tense? With each other. Alfre Woodard who I think is a great actress, was awful. Over acting? Poor acting? the actress who took on the Shelby role, she put no emotion into the role. Overall, the movie was BORING! Save your money. Wait until it’s offered for free.
12 people found this helpful

Shannon B.Reviewed in the United States on April 12, 2018
4.0 out of 5 stars
It's Not the Same, Yet It Is... Give It a Chance!
Verified purchase
Having done the play in high school and loving Dolly Parton movies, I knew I wanted to give this a shot. While it had its ups and downs, it didn't disappoint. Yes, some of it is different from the original movie- for one thing, the original was set in the '80's, so some of the references had to be dropped in this film since it was a modern remake. I did like the fact that they put that spin on some of the jokes. I also appreciated the scenes they added depicting more of the family moments. I loved that they moved the ending to the beauty shop, as it should have been.

With all that being said, there were some glaring mistakes that annoyed me. I will agree that Condola Rashad lacked feeling and was more of a robot in her delivery. It also bothered me that a lot of the movie was exactly the same as the original, from the delivery of the lines to the choice of framing shots to the flow of the story. I could have replaced a number of scenes with the original, and it would have been exactly the same movie! While they wanted to update it, they missed the opportunity to make more of it their own.

So , to sum up:
Pros- A strong female cast who clicks well and had great chemistry, family moments that enrich the storylines, and the same humor as the original.
Cons- The lack of expression in the female leads' face (reminded me a little of Kristen Stewart), the almost shot for shot plagiarism from the original film, and missing dialogue that explains some the story. Also, changes for the sake of changes that didn't need to be made (Why change the name of the dog?!?!)

All in all, I enjoyed my watch, and will put this next to my Dolly Parton copy with pride.

Brigitte Sue BakerReviewed in the United States on January 2, 2022
3.0 out of 5 stars
DEFINITELY WORTH WATCHING
Verified purchase
I have to say that I think that the original is the better version. Is it because I've loved it so much for 35 years that I am partial? Maybe, but I don't think so. I really would not put money on it either way. Honestly, if I had not seen the original, I'd be raving about how good this is, and IT IS, folks. I also love the idea of a remake from the AA perspective. BUT...

Shirley McClain was a much better Ouisa. Alfre Woodward was just not temperamental/hotheaded enough.
I liked Queen Latifah's approach to M'Lynn's quieter moments, but she did not have the emotional depth of Sally Field to play that anger scene. (But then again, who does?)
Jill Scott is beautiful and a great actress, but let's face it, Dolly is a very hard act for ANYONE to follow.
Phylicia Rashād is absolutely perfect in everything she does, and I can find no fault at all with the job she did here. She is an underrated actress who always hits the right note.
Condola Rashād is pretty, but forgettable. She will get better with experience, I think.
The ending was actually better in this adaptation.
Tory Kittles, the actor that played Jackson Sr., actually gave more the character WAY more life and colors (pun not intended) than Dylan McDermott. Very good, very emotional, more believable.

I would say that you will not be disappointed with this version and if you haven't seen the original, you'll love it. Happy watching!
One person found this helpful

dannygirlReviewed in the United States on July 3, 2020
5.0 out of 5 stars
Really good movie. Very sweet.
Verified purchase
Thought it was a really good version. There was less bad language & no tacky scenes (like the one in the original version with the car decorations). Actress who played Ouiser was very good but personally, I did like Shirley MacLaine's Ouiser a bit better. I thought this movie depicted more sweetness in the relationships & daddy-daughter love. I would recommend this movie. Well done.
7 people found this helpful

Isis SamaraReviewed in the United States on April 8, 2022
1.0 out of 5 stars
I want my money back, AND my time!
Verified purchase
Whew! This was terribly disappointing. I've never seen the original; but now I don't even want to.

It's hard to give a disparaging review for artists with whom I'm mostly familiar, whose previous bodies of work have at least been satisfying, if not also impressive, as well as moving. (Don't recall ever seeing Condola Rashad in a leading role before.)

But this? Ugh! Honestly, I knew it was going to be rubbish soon as Jill Scott opened her mouth; that rendition of a Southern accent was absolutely dreadful.

Others have said the dialogue was nearly unchanged from the 1989 film. Why do that? Why invest time, money, & energy into essentially copy/pasting a 20+ year old script?

Covers/remakes of any sort ought to bring fresh insight, or new perspective along with some originality of their own. This felt ... rushed & ill-prepared. Sort of like an assignment you meant to start working on weeks ago, but forgot about, & now it's due tomorrow.

I literally began fast forwarding it less than halfway through so that I could hurriedly reach its end, knowing full well that I will not ever force myself to suffer through it EVER again.

Amy LynnReviewed in the United States on November 21, 2022
5.0 out of 5 stars
Better than the original
Verified purchase
I know this is a remake of the one with Sally Fields and Julia Roberts (and that was a great movie), but this one is even better. The acting is great and while the story is the same, they did some subtle changes that I felt made the movie even better. If you love movies for the heart this is a must see in my opinion.
One person found this helpful
See all reviews
Back to top
Get to Know Us
Make Money with Us
Amazon Payment Products
Let Us Help You
EnglishChoose a language for shopping. United StatesChoose a country/region for shopping.
© 1996-2022, Amazon.com, Inc. or its affiliates