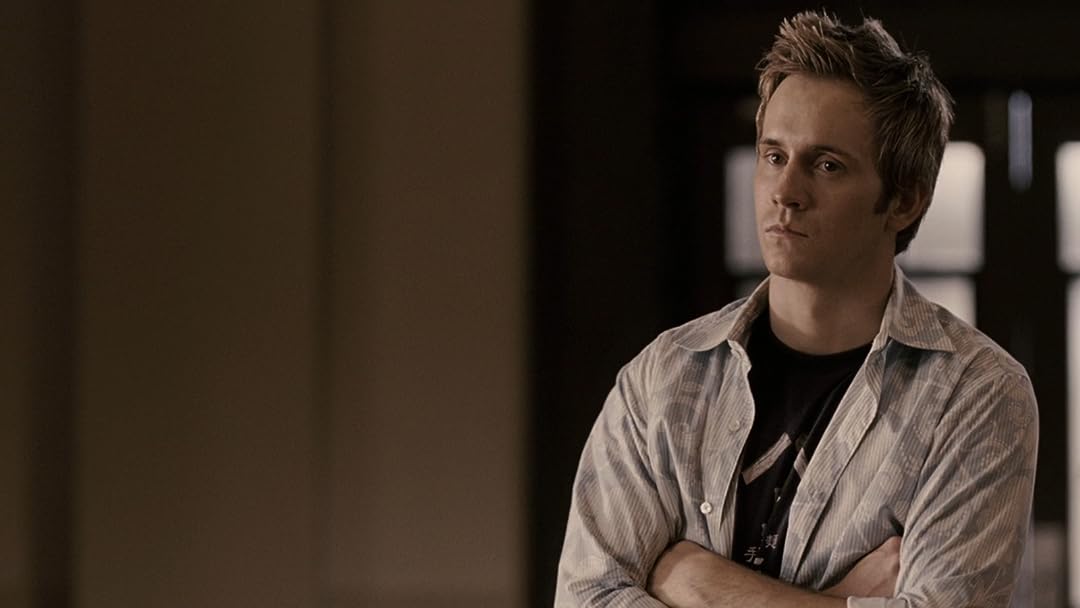 Step Up 2 The Streets

H. BalaReviewed in the United States on October 13, 2008
4.0 out of 5 stars
Better than the movie's title would suggest...
Verified purchase
STEP UP 2: THE STREETS, man, it's a clumsy film title and hearing it probably won't make you catch your breath in anticipation. But hold up. This is a pretty good musical drama. It's also a sequel to [[ASIN:B000J3OTSM Step Up (Widescreen Edition)]], the 2006 Channing Tatum/Jenna Dewan surpriser which made enough duckets in the box office so that, now, we get a return visit to the prestigious Maryland School of the Arts.

A wave of public disturbances has hit Baltimore, public disturbances in the way of sizzling street dancing, baby. This time out, the troubled kid is Andie (Briana Evigan), an orphan who gets in trouble because of her street gang affiliation but who then gets a second chance when she's accepted into the Maryland School of the Arts. But it's not all about Andie. When her time spent at the MSA gets her booted out of her street crew, the notorious 410, she forms her own crew, consisting mostly of misfit students at the MSA. And, of course, there's an ongoing underground dance competition. And, of course, there's an exhilarating, stop-the-presses dance battle at the end. Naturally, the dance-off is between the MSA crew and the 410.

It's a straightforward, by-the-numbers story, but we all know that the story is just there to prop up the spectacular dance sequences. The acting by the kids is serviceable, with Briana Evigan, daughter of Greg Evigan, holding the viewers' attention with her sexy, spirited presence. The other standout, to me, is scene-stealer Adam G. Sevani, who plays the gangly, geeky Moose. On the other hand, that guy who plays the stuffy dance director is awful.

This is a PG-13 flick, so it's got pretty tame street cred. One of the kids gets roughed up a bit and a dance studio is vandalized. The tough talking, keeping-it-real smack the kids spout here is about as tough and keeps it about as real as a 1970's Kurt Russell Disney movie. Near the end of this flick, does anyone really buy into that boisterous crowd being swayed so easily by Andie's "We call this a battle, but what are we fighting for" speech? Yikes!

There are some good-looking folks in this cast, so if you're wondering about the raunch factor, well, there's a kiss at the end, which I guess is smoking enough that it won the 2008 MTV Best Kiss Award, for whatever that's worth. But most of the lascivious stuff pops up in the dance routines.

Apologies to the bellylicious Briana Evigan, but the backbone of STEP UP 2 is the electrifying street dancing. While the plot here is as anemic as that of the first film, the dance elements in this sequel are even more dynamic and definitely more street-centric. Breakdancing, krumping, popping, locking, you name it, it's here. Briana herself shows off some skills, but, really, the sickest moves are demonstrated by the 410 crew, by Adam Sevani and by the actors who play Monster, Cable, and Missy. Robert Hoffman (Chase) doesn't have Channing Tatum's magnetism, but he contributes with some nifty popping. Speaking of Tyler Gage (Tatum), he drops in for an extended cameo, to add continuity and provide a link to the first STEP UP. His one-on-one dance battle with Andie happens to be one of the movie's showstoppers.

The music is so key to movies like this. The STEP UP 2 soundtrack, aggressive and with plenty of head-bopping hooks, is a crucial supporting character. Viewers be cautioned, as these songs may induce manic bouts of getting down (or attempts at getting down). Just don't hurt yourself. Some of the hot tracks included are Flo Rida & T-Pain, "Low," Missy Elliott's "Shake Your Pom Pom," and Digital Underground's classic "Humpty Dance." This last track, by the way, is perfectly, hilariously used in the MSA crew's online prank.

STEP UP 2: THE STREETS isn't as sanitized as HIGH SCHOOL MUSICAL, but neither does it come close to the gritty reality of, say, the [[ASIN:B000ARFPOO Rize]] documentary. Still, the focus here is on the dancing. And, when it comes to that, the pulse of the street beats in this film.

KTReviewed in the United States on December 16, 2020
3.0 out of 5 stars
Better than the original Step Up
Verified purchase
Slightly more believable than the first movie, at least the main character is a student and she turns the rejects of the academy into stars, with a few bumps along the way. The routines were good, song choices are on point and they brought a good performance to the streets to show up her old crew. Well done.

Dana JacksonReviewed in the United States on October 3, 2021
1.0 out of 5 stars
Didn't order
Verified purchase
Someone had a account open with my debit card. Amazon refused to remove my card from the account because I couldn't give them the name it was under. Personally think they should have tries to help me more than they did. They told me basically there wasn't anything that they could do. So they took well over 300 dollars from me and made me feel as if it was my fault Someone was robbing me. Protect your self when using Prime...they will not help you if someone steals your info.

KATE JONSONReviewed in the United States on August 1, 2012
5.0 out of 5 stars
The best "Step Up" film
Verified purchase
One of my favorite films ever. I still have not seen part 4, but I'm sure it's not better than this one. The first one wasn't that good and neither was the dancing, but I still wanted to see the sequel. I'm glad I did. It makes the first look even worse. Everything is 10x better. The characters, the music and the dancing. The plot isn't something you have not seen before, but that's okay. The film is pretty much about the dancing more than anything else and that is okay. The two leads are charming and have chemistry. Moose is also charming. He has become a fan favorite. To me he made part 3 decent. The ending is one of best endings ever. None of the other SU films can top it. "Step Up 2: The Streets" is a fun and entertaining film. I believe all ages will enjoy it. It would've been nice to see an interracial couple as the main couple in one of these films considering the subject matter.
5 people found this helpful

InSu WhooReviewed in the United States on August 24, 2021
4.0 out of 5 stars
Dancing!!!
Verified purchase
Lots of real break & hip hop dancers. All John Chu's Step Up movies have great dancing.
I like this & 5th one the most. I was Very disappointed by the dancing in 'In The Heights'. Too much Miranda's Broadway style dancing.

tacincala TAWAMICIAYAReviewed in the United States on March 2, 2015
5.0 out of 5 stars
GREAT STORY WITH SUPERIOR CHOREOGRAPHY IN THE PRESENT
Verified purchase
GREAT STORY WITH SUPERIOR CHOREOGRAPHY IN THE PRESENT. SO MANY TIMES PEOPLE DO NOT LIKE DANCE BECAUSE THEY
DO NOT UNDERSTAND IT. THE POINT IS YOU DON'T HAVE TO "GET IT". JUST WATCH AND APRECIATE THE MOVEMENT OF THE BODY.
DANCE IS THE MOST BEAUTIFUL OF ALL THE ARTS BECAUSE IT IS ART ITSELF. THE WHOLE SERIES OF "STEP UP" IS A GOOD EXPERIENCE. YOU MAY WANT TO CHECK OUT STEP UP 3 WHICH IS THE BEST OF THE SERIES!
2 people found this helpful

Tabatha HawkinsReviewed in the United States on August 28, 2016
4.0 out of 5 stars
DANCING!!!!!
Verified purchase
I can't decide if I like these characters better than the first ones. The lead actors just didn't have the chemistry that the other 2 had. However, the dancing in this one is absolutely AMAZING! The water effects are great, the music is on point, and the dancing is absolutely amazing(I said twice because it's that good)! The story line seems forced, but frankly, I was watching it for the dancing, so, I wasn't paying that close attention to whatever they were on about.
One person found this helpful
See all reviews
Back to top
Get to Know Us
Make Money with Us
Amazon Payment Products
Let Us Help You
EnglishChoose a language for shopping. United StatesChoose a country/region for shopping.
© 1996-2021, Amazon.com, Inc. or its affiliates