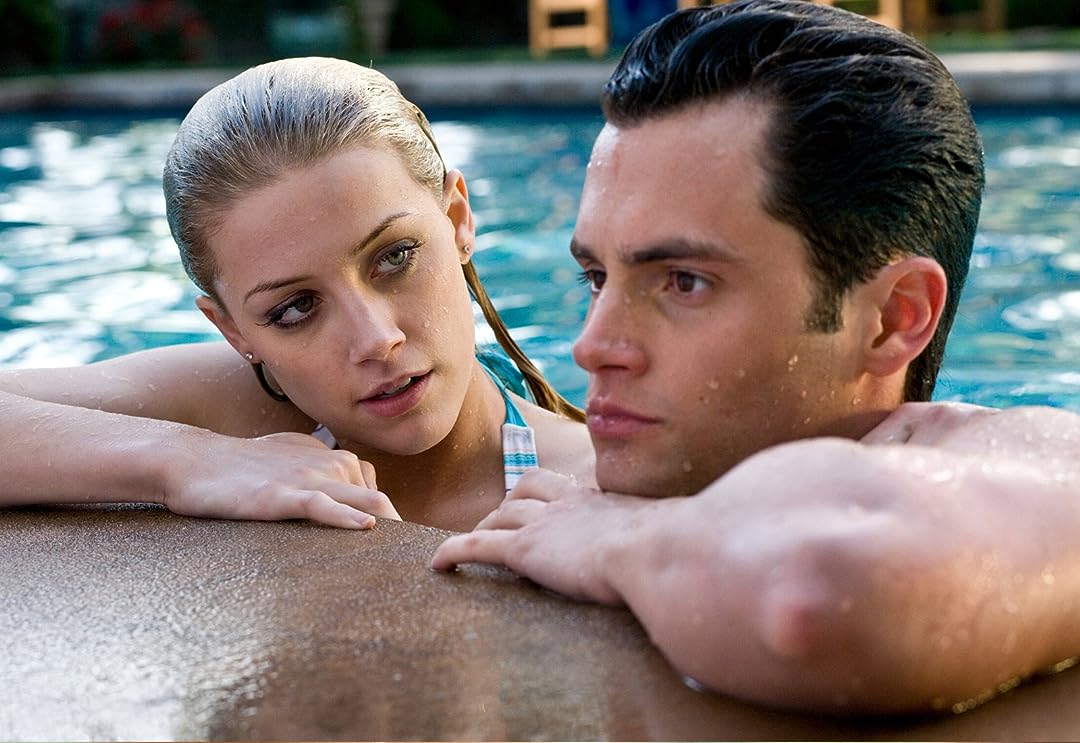 (1,565)5.61 h 41 min2009X-RayPG-13
When a teenager returns home from military school, he begins to suspect his mother's new boyfriend is not the charming man he appears to be in this riveting, psychological thriller.

LeeLeeReviewed in the United States on July 5, 2020
1.0 out of 5 stars
How did this get almost 5 stars?...
Verified purchase
I'm trying very hard to get through this but I don't think I will be finishing it. The villains acting was not that good and there's something about his face that screams Lifetime or Hallmark channel. Not to mention, this is the oldest overdone storyline. So predictable.
7 people found this helpful

Paul S. PersonReviewed in the United States on September 4, 2021
4.0 out of 5 stars
Good Remake
Verified purchase
This is the remake of the original, so it is based on the original script by Donald E Westlake but uses a somewhat different one.
Still, the basic idea is the same: our villain goes from mother/child pair to mother/child pair, first behaving very nicely and then, when they don't measure up, killing them and moving on. The differences lie in the details of the plot.
In this version, he lives off the grid and pays cash for everything. This only makes the problem of how he finances his operation harder, as where he gets his cash is not really explored.
But that really doesn't matter; the film is not about how psycho killers finance themselves; it is about the tension the audience feels and, of course, the violence.
If you liked the original, you should like this one as well.
If you haven't seen any of them, but they sound attractive, you should like them.

KurtyReviewed in the United States on September 4, 2021
3.0 out of 5 stars
Another movie that simply loves its villain
Verified purchase
I can understand that without the writer's favor on the villain's side, the movie like this might not even work. But the movie that simply lets innocent people get killed and the villain get away to the very end without the proper justice is a vomit inducer, and will turn your stomach, and put a bad taste in your mouth at the end of the movie. You simply don't get that justice that you are seeking for as you wait out to watch this movie throughout, and you are left with the bitter taste that you don't want at the end of the movie. Such a waste of time when the director and the writer is obviously on the side of the villain all too much throughout the entire movie, even to the very end. If you don't like such a gruesome injustice, then pass this movie.
2 people found this helpful

IthacaRedReviewed in the United States on May 16, 2020
3.0 out of 5 stars
Watched it for Penn Badgley and Amber Heard
Verified purchase
I watched this to see Penn Badgley because I loved him in season 1 of You (season 2 of You was a trainwreck). I also watched it because I loved Amber Heard in All The Boys Love Mandy Lane. Seeing them acting together was some fun thriller crossover. The story isn't unique. It has 90's Lifetime vibes, but it's better than that quality. Nothing offensive, nothing scary, nothing controversial, almost no blood, no gore, and most deaths happen off screen or are bloodless. Very run of the mill safe thriller.
3 people found this helpful

barryReviewed in the United States on November 11, 2011
3.0 out of 5 stars
No original but fun on blu ray
Verified purchase
The original film THE STEPFATHER was a great little suspense film that became a huge cult classic and is at the top of the list of the career of star Terry O'Quinn. The story of a family where the mother remarries and the guy ends up becoming a psychotic killer had so many chills and thrills. Everything about it just worked. Here we have a remake of that film. There are a lot of terrible reviews here and if comparing it to the original they are indeed justified. But it can be looked at for its own merits. It's like a grade B thriller and Dylan Walsh does a pretty good job as the creepy stepfather. Certainly no O'Quinn but still good. Sela Ward adds a certain intelligent naivite to the mother and is fine. The true star of this film though is Penn Badgley as the suspicious son. It was a suspicious daughter in the original and the switch up works. The way the film is directed pretty much shows that a film of the caliber of the original wasn't really being looked for. Emphasis is on Badgley and his girlfriend. The house has a pool and both stars are attractive and we get lots of bathing suit scenes. Definitelty B horror level stuff.

But there is some suspense and surprises. If you like any of the stars you will like the film. The blu ray has excelent video with strong crispness and clarity. Colors are strong and pop with flesh tones very realistic. Black/white ration is also good. Audio works well too with dialogue strong and present and surround speakers put to good use for the chills and suspense. I am a huge fan of the original and am looking at this film for what it is. And as a light suspense film with likable stars and excellent presentation on blu ray I can recommend it. Just know what you are getting. And if you are a fan of Ward, Walsh or Penn Badgley you will enjoy passing the 90 minutes.

M. FUSCOReviewed in the United States on November 7, 2011
4.0 out of 5 stars
cliched thriller with one bright star
Verified purchase
Fairly typical story about two families, newly-united by second marriages for each, with a homocidal step-father. Not much new there.

The done-before story-line is elevated by some atmosphere and good acting, especially from exquisite Penn Badgley, the delicious anti-hero from Gossip Girl. He was the reason I found this film, which would have gone unnoticed otherwise. Aside from the welcome eye-candy he provides, he has a compelling screen presence which makes everything he does interesting to watch.

Penn's new house has a swimming pool in the back yard (hooray for California) so he appears several times lounging around in a bathing suit. Even if he couldn't act, or was not so obviously intelligent, Penn Badgley is certainly a genius from the neck down. And it's always good to see a director who knows how to use his attractive star.

The step-father in question seems to have it in for poor Penn (too handsome?), but tries to disguise it under a bland and over-polite exterior which fairly drips with 'concern' -- the dead give-away of a psychopath in a thriller. It takes plenty of nocturnal stealth and surreptitious sleuthing on Penn's part (usually in shorts and t-shirt) to uncover the older man's dreadful secret which, in one last cliche of the genre, is hidden in the basement. But therein lies the atmosphere and chills the movie provides -- apart from the very real fear that our star will not get into a bathing suit again.

E. CeronReviewed in the United States on June 25, 2019
5.0 out of 5 stars
Stop talking to strangers.!
Verified purchase
Very good movie, I liked it a lot, good acting, it has a great amount of suspense, the young couple are ver easy to the eye, Sela Ward plays the typical woman in love who wouldn’t listen to anyone until is too late, the actor playing the stepfather is a very good actor, the movie kept me interested from beginning to end.
2 people found this helpful

TerriReviewed in the United States on February 28, 2010
3.0 out of 5 stars
Old vs. New
Verified purchase
Okay, I saw the original ages ago and loved it! When I found out there was a remake I decided to rent the old version and watch it again to see if it was as good as I'd remembered it to be and it was. It was chilling and suspenseful. Terry O'Quinn was fantastic in the role of the stepfather. The original moved along quickly but it was thorough from beginning to end. The stepfather was a methodic, homocidal lunatic - instantly evident from the eery opening scene of him cheerfully whistlng a tune as he non-chalantly leaves the bloody bodies of his family strewn all over the house, on his way to start a new life and find a new family. We get a sense of a very disturbed childhood when we find him losing touch with reality during an angry outburst while he is alone in his basement... the movie was just really well done. There were many little moments that spoke volumes in the original and, unfortunately, they were left out of the new version or altered in a way that made them less effective.

The new version was... well, it was okay. The acting, the plot and character changes. It was all okay but this movie didn't really need to be remade. It felt a little stale or sedate in comparison to the original movie. The original is far superior and still worth watching. This one will be okay if you haven't seen the original or if you want a mildly entertaining, light thriller.
7 people found this helpful
See all reviews
Back to top
Get to Know Us
Make Money with Us
Amazon Payment Products
Let Us Help You
EnglishChoose a language for shopping. United StatesChoose a country/region for shopping.
© 1996-2021, Amazon.com, Inc. or its affiliates