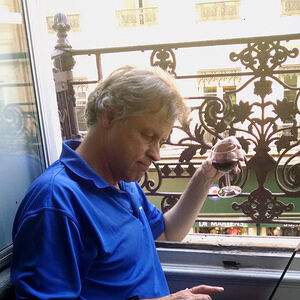 Steven R. Brandt has a Ph.D. from the University of Illinois for performing the first numerical simulations of rotating black hole spacetimes. Currently, he works in computer science at Louisiana State University. As a writer, he's able to use his computer and physics powers to listen to true stories from nearby spacetimes. Find out more about Steven R. Brandt at http://stevenrbrandt.com. 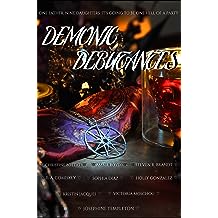 Demonic Debutantes Oct 30, 2019
by Steven R. Brandt, Sophia Diaz, E. A. Comiskey, Kristin Jacques, Josephine Templeton, Amber D. Boyd, Christine Bottas, Victoria Moschou, Holly Gonzalez
( 4 )
$3.99
In the first nine days of the ninth month of 1999, the Devil begat nine daughters. To each he gave a power to wreck havoc upon the earth, and to each he gave a home where they could see the wickedness of humankind; where their hearts could nurture dark desires for vengeance and destruction.

But kids don’t always turn out the way you plan.

With shady characters, magic, LGBTQ+ antiheroes to love, and a very likeable demon historian, DEMONIC DEBUTANTES promises to give you the chills and remind you that even the Devil was once an Angel. 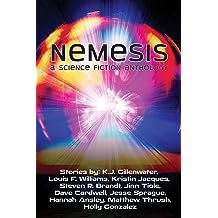 Star Log (K. J. Gillenwater)
Stranded on a desolate planet far outside the interstellar starship lanes, a solitary man struggles to survive and to overcome the disturbing memories that haunt him.

Guardian (Louis F. Williams)
Reid Cade leaves New York and his badge behind when his wife dies of cancer. He settles in Montreal and quickly becomes a small-time bounty hunter. But, when Reid tries to collect on his latest bounty, he’s drawn into an ultimate hunt he can't refuse.

Disciple (Kristin Jacques)
Moll's street rat family is betrayed by one of their own and slain by the unyielding enforcers of law. Left for dead, Moll's pleas for vengeance are answered by a forgotten Greek goddess.

Stagnant (Dave Cardwell)
In a world where nobody dies, society endures until a single death threatens it all. On the run, Skyla must follow the thread left for her where a devastating discovery in her genes awaits.

Polarity (Holly Gonzalez)
Decades after a genocidal war of invasion with human colonists, a lonely alien priestess hides to survive, believing she is the last of her kind. Taken prisoner by enemies who may be friends, she discovers the sacred ways of her people have been profaned by a mysterious usurper—and only destruction can restore the balance.

Superhero Comic Girl vs. the Litterbox (Steven R. Brandt)
Anastasia Starcaller believes she's an ordinary comic book artist. When the supervillain, Shapetwister, attacks her city, however, she discovers she has a superhero identity so secret, even she didn't know about it.

Last Walk (Jinn Tiole)
In need of a job, Rhône joins a mission to find a planet worth terraforming. As a geologist, she delves into the study of the young target planet's tectonic activity. Xenobiologist, Shea, is happy to contact a possible alien life form. But then things start to go terribly wrong…

Three Shades of Black (Matthew Thrush)
Chaos rules the day and Fear the night. Humanity has lost its morality as the surviving humans resort to acts of horror they never thought they could commit just to stay alive. Tray is the last human on the planet not inflicted with the curse. Hope still burns within him. That is, until the ones from the sky come back for the rest of them. When Tray loses all connection to the world he’s ever known, he must choose a new path.

Outwitting Alexa (Jesse Sprague)
Seb is a simple man. He wants simple things: to live out his contract and to buy his freedom. But between a worldwide catastrophe and his mistress’s state-of-the-art home security system, Alexa, powered by artificial intelligence, both living and freedom may be far more complicated than anticipated.

Mordecai (Hannah Ansley)
After the sudden death of his lover, Mordecai is left with only the burning desire to avenge her. With his loyal companion by his side, an injured dog whose life he saved, he traverses the desolate wasteland hunting down the man who murdered his soul mate. 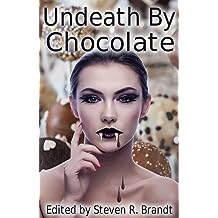 Undeath by Chocolate Jul 31, 2017
by Steven R. Brandt, Chayton Avalerias, Amber Boyd, Nancy S. Brandt, David Cardwell, K. J. Gillenwater, Holly Gonzalez, Kristin Jacques, Jesse Sprague, Jinn Tiole
( 4 )
$2.99
Have you ever met a necromancer with dreams of being a mariachi player? Have you ever mixed a potion with dragonfly tears, or made a deadly wish on a cake and had it come true? Did you ever visit a voodoo shop that only opens after midnight or kissed a corpse to life? Come and join ten specially selected authors for a sweet combination of paranormal and horror stories--tales which have both the undead and chocolate as their special ingredients. 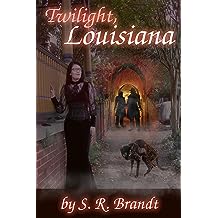 Twilight, Louisiana (Tinselvania Murders Book 1) Oct 15, 2018
by S. R. Brandt
( 2 )
$2.99
At the end of a long, lonely road, halfway between Louisiana and the land of the dead, lies a city named Twilight. It's a place where vampires, ghosts, and high-functioning zombies can live in relative peace. Relative, being the operative word.


Someone murdered a vampire in the Hotel Tinselvania, the biggest hotel in the gambling district. His curtains were drawn wide to let in the morning sun. Who could have done it and why? It's up to Sandra, the hotel manager, to find out. And she only has till sundown--that's when the local police will come and wipe her memory. Again.


If you like cozy mysteries and spooky towns, come and visit "Twilight, Louisiana" today. 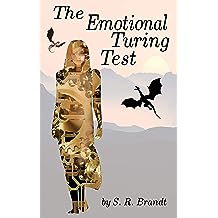 Brian Rosen, a writer from "Tech Debunkers," comes to the Magic Isles theme park to either prove or disprove claims that the machines there pass an "Emotional Turing Test." He isn't looking for "robot love," but despite his best intentions, despite the fact that he knows she isn't sentient, the android named Kiki captures his heart.

Is it possible she's real in some other, mystical sense? And if she is, would he be willing to spend the rest of his life with her?

If you enjoy stories about logic, artificial intelligence, and what it means to be human, come with Brian today and discover the logic of love and the calculus of the human heart. 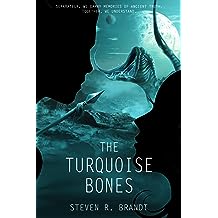 Apjay speaks to the dead in dreams, and remembers words of a language forgotten long ago. He believes his gifts come from the invisible stars--lights that once ruled the night sky. The only person in his tribe who understands him, so he belives, is the beautiful Iota.

Iota is gifted healer who, as a child watched her father die of illness. While the messages Apjay brings from the dead comfort her, she has no trust for the stars whom she believes are to blame for her father's death.

When Apjay decides to go on a spiritual quest, Iota fears the past is repeating and he will suffer her father's fate. She will stop at nothing to save Apjay from the stars and himself. She'll even follow him to the dreaded city of the starstealers. 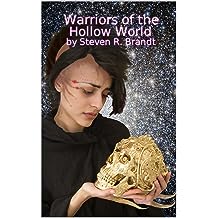 The Allied Worlds starship Leonardo has just found an artificial world the size of a thousand Earths, a massive spherical structure with a negative gravity sun at its center and a civilization on its interior.

The scientific knowledge used to create the Sphere could provide them with a way to win a war against the Draetch, a race which is hunting the human race to extinction. Unfortunately, there are two problems standing in their way.

First, the Kushar, the people who dwell inside the Sphere have lost the understanding of their own technology.

Second, the Draetch got there first. Their vessel is, however, damaged and unable to attack or fly. Is this an opportunity to broker peace with the Draetch, or should their stranded vessel simply be destroyed? Can the crew of the Leonardo reverse engineer the mysterious devices built by the Kushar before the Draetch return?

If you like space opera, advanced technology, alien cultures, and a touch of the mystical, you'll love "Warriors of the Hollow World."

Join the crew of the Leonardo and the Kushar as, together, they struggle to find the science that will help both their people's survive.
Read more
Other Formats: Paperback 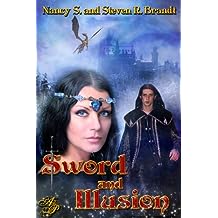 Sword and Illusion Jul 3, 2012
by Nancy S. Brandt, Steven R. Brandt
( 11 )
$2.99
MOONRAZER was already a famous warrior when she drove the Navin from her homeworld, wrested the Sword of Justice from dragons, and became the first Exalted Warrior of the Sarl in seven generations. But now, as she is approaching her 40th birthday, she faces her most terrifying challenge of all--finding a mate and conceiving a child.

PRINCE VARIAN of Tellan needs an heir to his throne before the Festival of the Dragon Moon or the Dragons will kill him and his sisters. Twice, he has taken Dragonmarked wives to beget such an heir. His first wife, Violetta, ran away from him and after years of searching, he declared her dead and took another wife. Five months ago, his second wife and child were found dead. Now, Violetta has contacted him on her own deathbed to tell him he had a daughter sixteen years ago.

When he learns that his lost daughter may be living among the Sarl, and that the Exalted Warrior of the Sarl herself is looking for a mate, he discovers two chances to save his kingdom.

Together, Moonrazer and Varian must deal with intrigue, treachery, and even an assassin to help each other and save their kingdoms. However, even love may not be strong enough to save either world from destruction.
Read more
Other Formats: Paperback