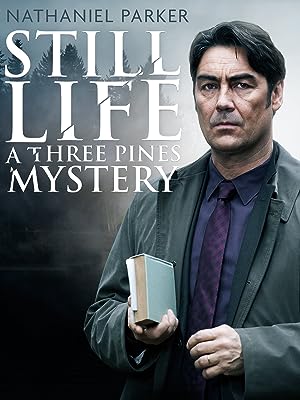 (961)
5.61 h 28 min2013NR
When a beloved schoolteacher is found dead, the possibility of murder leaves the quaint town of Three Pines aghast in this crime drama based on the award-winning novel by Louise Penny.

John F DarmodyReviewed in the United States on July 7, 2022
4.0 out of 5 stars
Nathaniel Parker doesn't dissapoint
Verified purchase
Nathaniel Parker plays another detective role, A genre he seems to fit well. The story is intriging enough to hold your interest if a little over long. Overall quality is good but a little light on for extras. I qiute enjoyed it.
One person found this helpful

Mary Jo AbtReviewed in the United States on September 21, 2022
3.0 out of 5 stars
Great Story turned into a Hallmark Movie!
Verified purchase
And that is not a compliment. Took a great story by a great author and chose B actors and not great directing to completely mess it up. I was so disappointed. Most happy that it was free.
One person found this helpful

L.M. KeeferReviewed in the United States on February 18, 2015
4.0 out of 5 stars
Fun to See Three Pines Come to Life
Verified purchase
If you have read Louise Penney's Inspector Gamache series, you may enjoy see it come to life through the plot of the first book STILL LIFE. Watched it last night and here's what I appreciated about it in no particular order:

* village looked as described in the book

* Inspector Gamache, as portrayed by Nathaniel Parker, has the depth and gravitas that he does in the books

* plot seemed a tad choppy in this film

* wish Myrna, the bookstore owner, and some of the other characters had more lines

The action centered more on Gamache and his team than the villagers. For the first in a series, it was a good effort. Would have liked to have heard more from the villagers that we love. Usually after several shows, the series and characters hit their stride. I hope more films are made based upon the books in this series. It's a good start with Nathaniel Parker as Gamache, the scenic town, and the main characters. Any issues with this first film are fixable I think. I enjoyed viewing it as it was a creative act to bring this beloved village and its characters to life.

Discerning consumerReviewed in the United States on May 11, 2019
4.0 out of 5 stars
Nathaniel Parker looks every bit the way I have always envisioned Inspector Gamache
Verified purchase
I am sorry that they didn't continue to film more of this series. I really enjoyed seeing the setting of Three Pines brought to life - the bistro, with its' antiques for sale, the bench on the village green, and the Three Pines themselves. As Beauvoir and Gamache travel to three Pines, one gets a sense of how far removed it is from the urban bustle. While Nathaniel Parker was perfectly cast, I had a problem with some of the other characters. the director seemed to feel the need to make the characters younger and more cosmetically attractive than they were described in the book. Clara is supposed to be middle aged and frumpy, although a brilliant artist and very kind person. Instead she was played by a much younger and quite beautiful actress. Her husband Peter was also played by a much younger actor. Myrna, the heavy set psychologist who opens a bookstore in Three Pines after a long career as a therapist, is portrayed by a svelte, model thin young woman. This video allowed me to go back to the first book in the series, which I had missed as I read the rest of the series.
3 people found this helpful

SadieBookLady14Reviewed in the United States on January 14, 2019
2.0 out of 5 stars
SO Disappointed that Nathaniel Parker wasn't 'written' better as Gamache!
Verified purchase
I looked forward to this movie since I've completed all the books and I needed SOMETHING to get me through while poor Louise Penny has to hurry and write the next one. I think there are challenges when you have a bestselling/award winning series to keep up the pace and quality.

I love the characters so much and I knew that there was no possibility they could ever be captured totally effectively because so much of Louise Penny's books are internal monologues, and very cerebral. However, Nathaniel Parker was excellent as Lindley, so I KNEW he could do it. What happened???

But, even WITH Louise Penny contribution to the film (did they let her do ANYTHING toward the script? Was she so flattered that a film was being made that she didn't stand up for her people?), I was so surprised how few were ANYTHING like their literary counterparts.

From here, I'll try not to create spoilers, but if you haven't read the books or seen the film tread carefully here! :0)

First: in the books Gamache doesn't carry a gun. But in the movie he does. Seems like a small point, but tells you a lot about the man. I don't believe I've read that Armand Gamache wore jeans! Where are the tweedy jackets, and sweater that sort of define the man visually.

Jean-Guy dress is not accurate, either. Jean Guy in the film is sloppy, although I am not sure who could have pulled off the intricacies of the character in manner and dress. But crisp dress would have helped.

I agree with another reviewer who wondered what they'd done to Myrna. She's a large black woman who wears exotic clothing. WHO was that model thin and polished black woman who was not even introduced in the film, as who was the guy who played Gabri. Gabri is a gay man that roars with laughter, wears frilly aprons, and is devoted to his partner Olivier, the antique dealer. There is some attempt to show the bistro is also a antique SHOP with Gamache picking up a sales label on a table or lamp, but with no explanation, that was only for the readers who knew what that was all about.

Clara, where was Louise PENNY'S CLARA? Clara is klutsy and ditsy and loveably unkempt. WHO was the model who played her? I believe they cast Clara's actress sdue to her star status, only! Where was the paint on her body, face and hair? Where is the FOOD she wears? THIS shows without telling who this woman is. She is attuned to internals and barely notices externals. Plus, she's not an external beauty but definitely INTERNALLY gorgeous! So many other actresses could have handled this role, but THIS actress was good enough, given a chance. I also didn't really care for the OVERT flirtation. Gamche doesn't flirt back. That compromises what we know about him. Gamache is married to the most beautiful talented woman he knows. He is KIND. Penny tells us this over and over. He may be sexy to other women, but other women are not sexy to HIM.

Nichol was acceptable. The character is obnoxious and the actress who played her was annoying ENOUGH to be close enough for me. I didn't love her in the books, but I saw what Gamache saw in her, EVENTUALLY. That doesn't really happen in the movie, but at least you get the idea that she is there for a reason.

I knew they'd never be able to portray the actual star of the books, the mythical village of 3 Pines. And I think the location team did an excellent job doing so. The one thing they did RIGHT to capture this important character in the books.

I sort of can see WHY there area no other movies of Penny's books, but there COULD be with the right director/script-writer.

Maybe this start is to show other screenwriters what NOT TO DO!
43 people found this helpful

RobinReviewed in the United States on June 2, 2022
5.0 out of 5 stars
Captured Gamache and Three Pines Well
Verified purchase
After reading some of the reviews I feared the worse and I was happily surprised as I adored this movie. I started reading the series early this year and have fallen in love with it. When I saw there was a movie of the first book I was so very excited. I thought they captured Gamache, Jean-Guy, Ruth, Oliver, Tom, Clara and all the character very close to what I imagined in the first book. I can't wait to watch it again. Five stars from me!!
3 people found this helpful

Always LearningReviewed in the United States on September 18, 2022
5.0 out of 5 stars
A treat
Verified purchase
We are huge Gamache fans & thoroughly enjoyed this movie. Please create more!
See all reviews
Back to top
Get to Know Us
Make Money with Us
Amazon Payment Products
Let Us Help You
EnglishChoose a language for shopping. United StatesChoose a country/region for shopping.
© 1996-2022, Amazon.com, Inc. or its affiliates