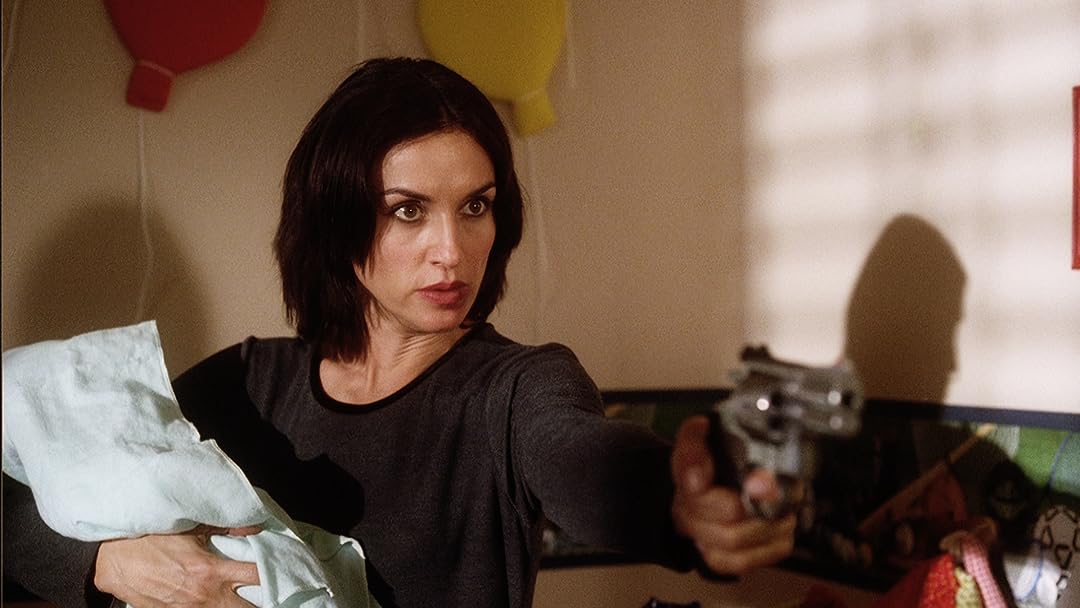 Stolen From The Heart

(32)
1 h 30 min200016+
A former prostitute kidnaps a baby boy at birth in order to satisfy her drug-dealing husband who has threatened that he'll divorce and evict her if she cannot produce him a son. The boy's biological mother desperately struggles to get her baby back. Barbara Mandrell gets entangled in the mess as the mother's mother, who are beset by heart complications.

SHOPFREAKReviewed in the United States on June 14, 2021
2.0 out of 5 stars
Ridiulous
Verified purchase
Story line starts with an ex-prostiute, married to an abusive drug dealer who wants a son. she fakes a pregnancy befriends a young girl, pregnant out of wedlock. tricks her into going to a "clinic" where she is put to sleep and her baby is delivered and stolen by this woman. At that point I turned it off. don't waste your time....

Michelle FinnReviewed in the United States on July 2, 2021
4.0 out of 5 stars
Yes this story is perfectly bundled with emotions all for the perfect bundle of JOY!
Verified purchase
Many young, first time mother's and any mother working, on her own, to care for her own family may get the invisible, negative stress and worry. Coping with how others have abandoned your trust and not only declined showing support, but passed unwelcomed judgement on your new role as a parent. Devastating !

Connie MartinReviewed in the United States on October 6, 2021
5.0 out of 5 stars
Huge Barbara Mandrell fan
Verified purchase
I have been a fan of Barbara Mandrell for decades. I really enjoyed this movie. Not only is she a talented musician but did a very good job acting in this movie.

Kelly GlossipReviewed in the United States on May 19, 2014
5.0 out of 5 stars
I love it
Verified purchase
I love Barbara Mandrell in this movie she is very convincing as the mother plus she is so beautiful. Great film.
4 people found this helpful

James N SimpsonReviewed in the United States on March 19, 2016
1.0 out of 5 stars
Implausible Story With So Many Things That Just Make No Sense
The basic plot is plausible but the overall storyline isn't at all. A school girl gets pregnant so an ageing hooker who can't conceive pretends she's pregnant as well, befriends her and when the teenager is nearing term, has the baby cut out of her and tells her husband (a drug king) she just gave birth to his child. Even though the teenager is the only one of the two to actually have been to a doctor who know she was pregnant, police aren't interested in even questioning the hooker. A waitress simply backs the hooker's story that the teen said she didn't want a baby and gave it away. Ignoring the whole giving a baby away would be a crime in itself so they should be following that up, seems the obvious thing to do in this situation would be to sieze the baby, swab it's mouth, swab each claimant mother and give the baby to the one whose it is and arrest the other. But as we said the police aren't really interested in looking for the hooker (who fled town with her husband), even when the couple return to town.

There's a heap of other stuff that makes no sense either. You've got a fake medical clinic in a small town with signage saying so, in a building that's been vacant for ten years, yet one it has electricity, and two no one in this small town noticed the signs or cars parked there? Why is the teenager found staggering down the rural highway, wouldn't she have staggered to neighbouring buildings in town? The big question though is what is the hooker feeding the baby with? She obviously wouldn't have breast milk and why wouldn't her husband be asking why she isn't breastfeeding? For that matter how would he not see her naked for nine months to not notice she wasn't pregnant? Plus if he's this ruthless drug guy who everyone is afraid of, why didn't he just kill the teenager when she tries to take the baby? I seriously doubt the teenager wouldn't have just killed these two either, what court would sentence her to any time? What was the husband trying to achieve in his final scene anyway?

The biggest flaw is even mentioned by a cop in the movie when he dismisses the possibility of the crime, how would the hooker hope to get away with this crime? A simple DNA test would end her plan. If she had killed the teen so no one was the wiser and sent texts or something saying she'd run off with her baby because her sister wasn't being real supportive and then hoped no one ever suspected her would have been the only way.

Brenda JohnsonReviewed in the United States on June 7, 2021
5.0 out of 5 stars
Good movie
Good movie
See all reviews
Back to top
Get to Know Us
Make Money with Us
Amazon Payment Products
Let Us Help You
EnglishChoose a language for shopping. United StatesChoose a country/region for shopping.
© 1996-2021, Amazon.com, Inc. or its affiliates