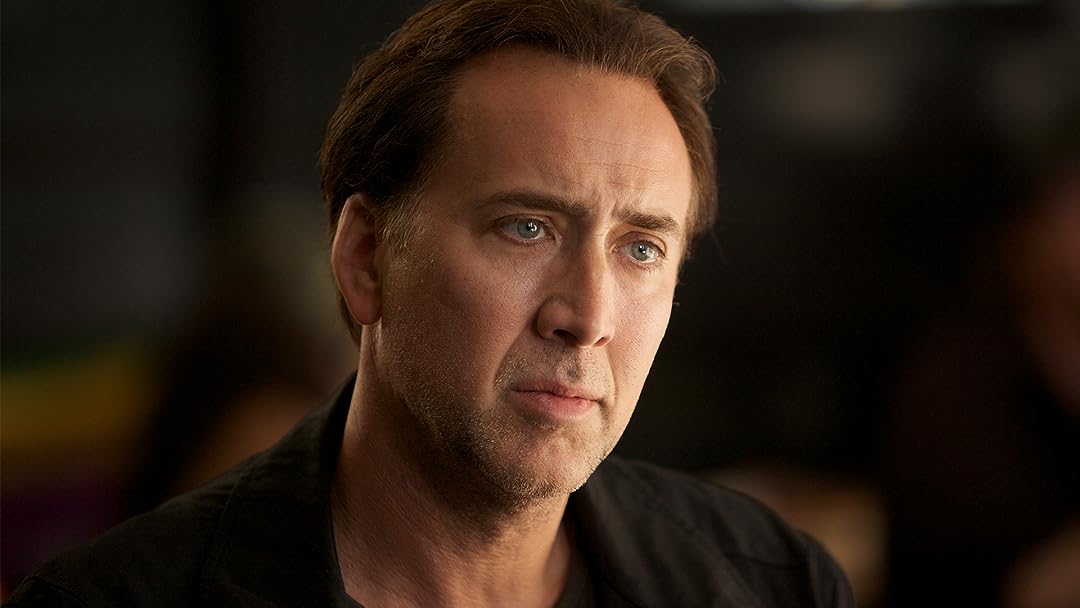 (492)
5.51 h 35 min2012X-RayR
A former thief frantically searches for his missing daughter, who has been kidnapped and locked in the trunk of a taxi. Starring Nicolas Cage and Malin Akerman.

Amazon CustomerReviewed in the United States on September 13, 2019
5.0 out of 5 stars
Very Entertaining
Verified purchase
Great adventure/ action movie that pretty much has it all: edge of your seat suspense, engaging plot, and likeable characters. It's not perfect. When Will breaks his own hand to get out of the FBI handcuffs, 5 minutes later both hands are okay again. I wish I healed that fast! Little things like that not withstanding, this is an enjoyable movie and I highly recommend it. Plus...it has Nicholas Cage. Need I say more.
One person found this helpful

errin spellingReviewed in the United States on February 5, 2018
5.0 out of 5 stars
why new orleans
Verified purchase
A lot of these movies take place in New Orleans. Why is Nicolas Cage's daughter the daughter of the woman from Blue Bloods who was his wife in Lord of War. There is so much synchronicity. Why didn't Nicolas Cage recognize the cab driver who picked up his daughter ,on her way to the therapist,for abandonment issues. Maybe this is a way to put money back into New Orleans to rebuild after the hurricane. There is a lot of action and suspense.
One person found this helpful

DWReviewed in the United States on September 10, 2018
5.0 out of 5 stars
Fun movie
Verified purchase
Enjoy a film that gets back to having a great story, with a mix of comedy and drama. Pleasantly surprised, Stolen has a very high profile cast, with a bit of nostalgia what with Gaines and Cage in there. Definitely worth a watch.
One person found this helpful

Honest reviews only!Reviewed in the United States on April 9, 2013
2.0 out of 5 stars
Just another chase movie!
Verified purchase
I've wanted to rent this for a while now, but what a disappointment & waste of money it was! This movie was boring & so predictably, I could have almost written the ending myself after just 30 of watching it~I'm really embarrassed for N. Cage & I hope he was paid according to the reviews~Bad acting, poorly written & Woody H. basically played a laughable lunatic on steroids!~I was shocked how poorly they both acted in this low budget snoozer~I use to think that at least N.Cage was a decent actor (I never thought Woody H. was), but sadly he's off my radar now~Don't waste your time even looking at the preview! I was generous in giving it 1 star because honestly it deserved a minus 1~What has happened to both their careers anyway, that they would agree to participate in this garbage???

1PilgrimReviewed in the United States on April 9, 2013
4.0 out of 5 stars
Love Nicolas Cage
Verified purchase
I can watch about anything with Nicolas Cage in it.....this isn't the greatest thing he's ever done, but it's an entertaining movie to watch for an evening's entertainment.....will have you "cheering for Cage" as usual and has some "edge of the seat" moments and some interesting, different perspectives on "robbing the bank" with science and guile.......
2 people found this helpful

SussieReviewed in the United States on July 11, 2021
4.0 out of 5 stars
It was a good movie
Verified purchase
Good movie

MartyReviewed in the United States on January 16, 2013
4.0 out of 5 stars
Have popcorn ready
Verified purchase
Pretty darn good. Some language a bit rough, but ok for most pg13 or older. Need to pay a bit of attention to the cast, as the movement is fast enough that you can get a bit confused. All in all, a good time to be had by all. If you don't use the pause button, you will miss a couple of quick quips.
See all reviews
Back to top
Get to Know Us
Make Money with Us
Amazon Payment Products
Let Us Help You
EnglishChoose a language for shopping. United StatesChoose a country/region for shopping.
© 1996-2022, Amazon.com, Inc. or its affiliates