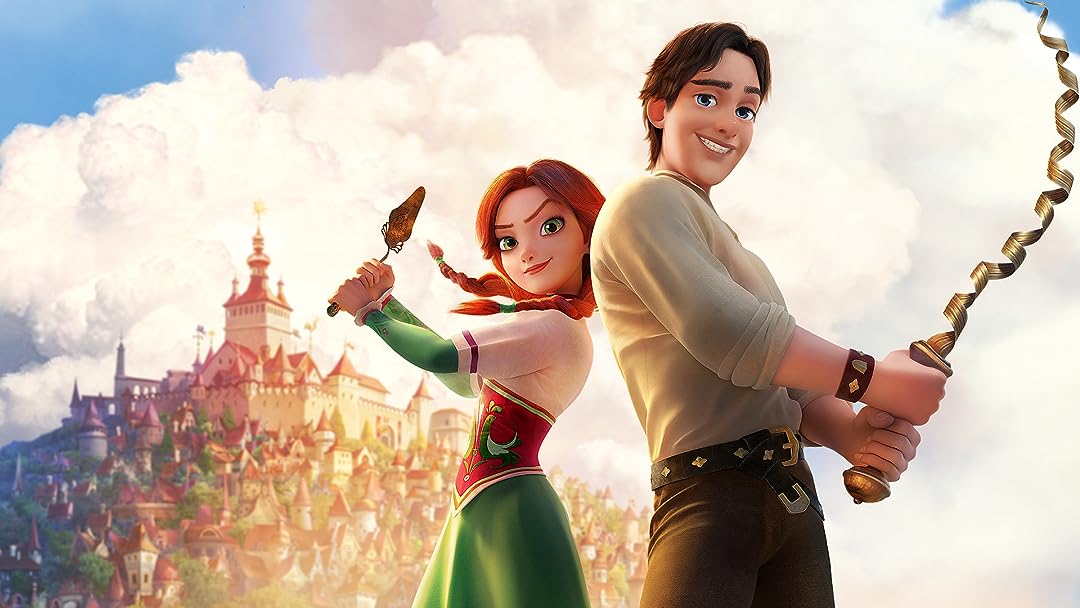 (249)
6.11 h 26 min2019X-RayALL
In a time of valiant knights, beautiful princesses and battling sorcerers, a humble hero named Ruslan fatefully meets the King's daughter, Mila. Despite their standings in society, Mila and Ruslan fall madly in love. However, their happiness is short lived when Mila is abducted by Chernomor, an evil sorcerer. Along with his companions, Ruslan must overcome the forces of evil to save his beloved.

Andrew "Big Ugly' HaleReviewed in the United States on May 4, 2020
4.0 out of 5 stars
Better as it goes along.
Verified purchase
A Ukrainian flick based off Aleksandr Pushkin's fairy tale, 'Ruslan & Ludmila'. Starting off like many similar movies, the adventure-yearning princess doesn't need her dad or a husband to "take care of her". Fortunately, the fake knight-in-shining-armor pauper boy is there to join her in a land of ill-willed and handsy gangsters. Being promised against your wishes to many rich suitors as a bride is not as exciting as slumming with a not-so-honest lover. No, it's not Aladdin. Is it?

When the "feeling alive" song beckons and the boy-meets-girl night of falling in love kicks in, my eldest son asks "why do we watch stuff like this?" Because we're cultured swine, son. Don't worry, the food fight scene is literal.

An interesting story whenever they follow the old tale, it's worthy of a watch. Kinda reminds me of Shrek in the animation but not as witty in the wordplay. The story at first feels a little rushed instead of fleshed out but maybe that's better for a 6-year-old's attention span. It picks up in adventure. In modernizing old fairy tales, we often lose the darkly romantic feel of the original story, instead creating a whimsical adventure of malarkey and monky business. At least the points where they were true to the tale, it's morbid curiousity still sticks around. Who said you have to be loyal to Disney or Pixar? I appreciate this movie because though the princess fought for herself when she needed to, this is an actual newer animation that allows the boy to be brave and strong and fight for her too. My boys need to see that. They need to see a commoner being sought after too.

Amazon CustomerReviewed in the United States on September 29, 2019
4.0 out of 5 stars
A reasonable attempt at an old time fairy tale
Verified purchase
The Ukrainians did a descent job with this production for their experience level. This it is not a Disney or Pixar big budget production, however, it also does not try to redefine evil as good either. What this film provides is an old world type fairy tale with descent traditional values. The dialogue needed to be streamlined, and their characterization needed a little more work, but I enjoyed many new and creatively different twists in their writing. For example the wizard turning all the deserts into evil minions to capture the princess. I would be interested in seeing more of their work.
18 people found this helpful

EamonReviewed in the United States on March 31, 2020
1.0 out of 5 stars
Don’t waste your time
Verified purchase
This was practically unwatchable, but we selected it for our family movie night so once we turned it on we were committed. The characters were flat and it was hard to fall in love with any of them. Their body movements were forced and unnatural and some of the characters were so terrifying that my 5 year old was covering her eyes and whimpering. I would not recommend this movie.
13 people found this helpful

LMGReviewed in the United States on September 12, 2020
1.0 out of 5 stars
MEH don't bother PLEASE
Verified purchase
The characters didn't have a lot of personalty,i felt like the people were just reading scrips to each other the entire movie. The story was very lame and seemed like a deja vu of some other Disney movies (Brave,Tangled Frozen,Aladin ect). Most of the characters are all dummies especially the bad guys, too many dummy bad guys ; -; The princess looks like Anna from Frozen. And we have the cliche 'love at first sight' which is kinda annoying in movies but you usually just tolerate it because the characters go on a journey together, get to know each other and build a bond, but in here they just met, the dude decides to save her(the princess) after she gets kidnapped and afterwards they get married, they don't even get to know each other at all because the princess is kidnapped half the movie and they only see each at the beginning of they movie and at the end. BUT its probably ok for 7 or 8 years old(since they don't know any better).The cat was kinda a decent character (key word: kinda) .My mom fell asleep during the movie. . .
6 people found this helpful

vittorio giaquintoReviewed in the United States on December 24, 2019
5.0 out of 5 stars
adorable movie!
Verified purchase
Rented this for my 4 1/2 year old grand daughter who watched it 4X in a row. I guess that means it was a HIT! ;-)
11 people found this helpful

Amy EReviewed in the United States on March 7, 2020
1.0 out of 5 stars
I would rather watch TV static
Verified purchase
Don’t believe the 4+ star reviews. Those people haven’t watched any other movies and have no reference. Almost everything about this movie is painful. The animation is pretty decent, but the dubbing is not great and irritating. The plot is an Aladdin knock-off. I let my 6-year-old choose the movie for Movie Night. The only saving grace is that she seems to enjoy it (I’m starting to question her taste level) and that it is only 87 minutes long. My god it is bad.
7 people found this helpful

BenjaminReviewed in the United States on February 29, 2020
4.0 out of 5 stars
Fantasy and animated lovers will enjoy. Solid film, but heavily borrowed plot and slightly generic.
Verified purchase
This animated film might be more like a 3.5 star than a true 4.0 star since the voice-over is obvious at times and much of the plot is taken straight from Disney's Aladin. Much of the character designs were tropes and caricatures, however, that made for a simple to identify bad guys for kids and streamed lined the story. The animation was quite good in my opinion with a "good vs evil rise above my station story" that was enjoyable. This film did not change up the tried and true Disney recipe formula or try to be out of the box. It was just a well-crafted film with decent voice actors in a magical world of dark wizards and a princess that needs saving.
4 people found this helpful

eddiealexReviewed in the United States on February 2, 2020
5.0 out of 5 stars
Got to love a good Princess story
Verified purchase
It was definitely a different approach to the traditional princess stories that usually unfold. Good characters and a good traditional ending. Great for the kids and adults alike.
6 people found this helpful
See all reviews
Back to top
Get to Know Us
Make Money with Us
Amazon Payment Products
Let Us Help You
EnglishChoose a language for shopping. United StatesChoose a country/region for shopping.
© 1996-2021, Amazon.com, Inc. or its affiliates