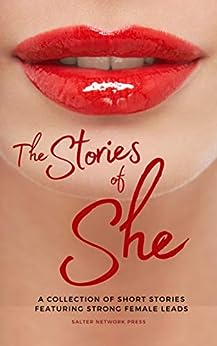 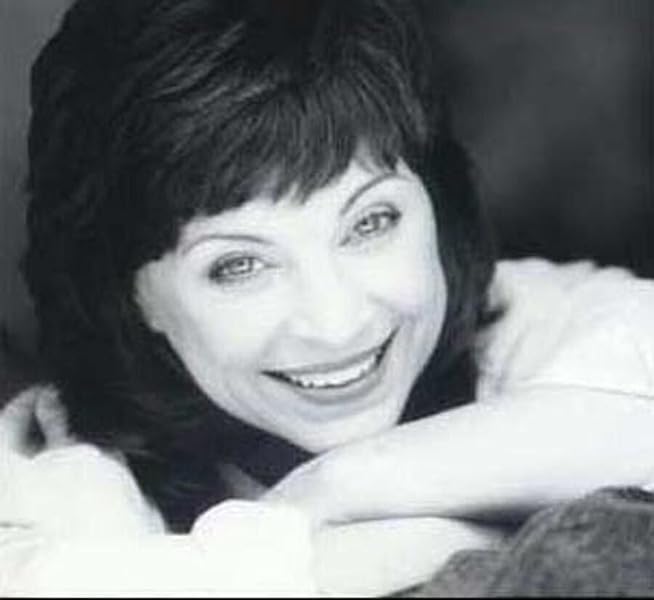 The Stories of She: A Collection of Short Stories Featuring Strong Female Characters Kindle Edition

Thank you for visiting my author page.

My short stories featuring Jessie Carr, biker chick/avenging angel, appear in eleven anthologies here, and a novel with Jessie as heroine is in the works. All the short stories will soon be released in a collection entitled HIGH MILEAGE MYSTERIES.

Jessie Carr's adventures are based in both real and imagined events. For more than 30 years I rode motorcycles, usually as lead bike, choosing the routes and destinations for cross-country tours. With Jim--James R. Davis, my riding buddy--I rode across large stretches of the U.S. several times, from Texas east to the Atlantic Ocean; north to Oklahoma, Arkansas, and Missouri; and west to New Mexico and Colorado. I've ridden in all parts of Texas, too.

Lessons learned from those tours have been added to Jim's detailed analyses regarding motorcycle safety and rider behavior. They're available to the motorcycling public in our two-volume reference book MOTORCYCLE SAFETY AND DYNAMICS, intended for both novice and experienced riders.

Seeing America while riding those several hundred thousand miles was a fascinating experience and a great adventure. I loved it. And our tours were completed without my ever getting any tickets or having an accident. That involved being alert and careful -- and having extremely good luck, too.

I also write screenplays. Several have been finalists in screenplay competitions, and one of them was the basis for my story in THE STORIES OF SHE -- Taking Up Serpents. The case of Texas vs. Warren Jeffs and the Fundamentalist Church of Latter Day Saints, which exposed child marriages and life in a cult, inspired that story.

To learn more about writing screenplays, I wrote, produced, directed, and edited three short films. One of them, DO ME NO FAVORS, can be viewed on YouTube. At one viewing, it won the Audience Favorite Award.

Other than my writing, my principal work comes from The Master Strategy Group, an eclectic consulting firm that was established around 2000 by Jim and me.

In 2009, we formed MSG Productions. MSG Productions provides services for filmmakers such as voice-over, video editing, sound design, line producing, and location scouting across Texas. Recently I installed a sound studio in my home for narrating books for ACX.

Before retiring to devote more time to writing, in my professional life I was an attorney focusing on consumer law, personal injuries, and fraud/RICO cases. I served as a Harris County Assistant District Attorney, then as a litigator on major medical malpractice cases, and finally as a solo practitioner for 12 years, where I had many interesting and exciting experiences as a trial lawyer.

At my Houston home, for four years I was a backyard beekeeper until my husband and I decided to get a puppy -- and puppies are much too curious about bee hives! Our golden doodle Ginger is a delight, though, and sweet as honey without nearly as much work (and sometimes pain) as when harvesting it from my bee hives.

I grew up in Austin, Texas, and attended the University of Texas at Austin, where I was in the Plan II Honors program. Later I graduated from UT School of Law. In the middle of my college life, I married and went to live in England and Germany for five years. Traveling across Europe was fascinating and fun.

So I've had exposure to a huge variety of people and cultures, which now provide source material for my stories. Jessie, the biker chick, is especially close to my heart. :) I hope you enjoy reading the stories, and I appreciate your support and interest in my work.

4.9 out of 5 stars
4.9 out of 5
19 global ratings
How are ratings calculated?
To calculate the overall star rating and percentage breakdown by star, we don’t use a simple average. Instead, our system considers things like how recent a review is and if the reviewer bought the item on Amazon. It also analyzes reviews to verify trustworthiness.
Top reviews

EdTamm
5.0 out of 5 stars Compelling Pamela's Egg
Reviewed in the United States on December 7, 2020
Verified Purchase
Perspective of Pamela's Egg by Carrie Fitch in the book “The Stories of She”

The Story of Pamela's egg is captivating and compelling. The story uses intimacy and perception skillfully. it draws you from a view of humdrum life into an emotional roller coaster, a heart wrenching strain.
I want to see Pamela's Egg as a movie and want to see a follow up of events of continuing challenges.
Read more
One person found this helpful
Helpful
Report abuse

Lynn Olcott
5.0 out of 5 stars Glorious stories...
Reviewed in the United States on November 27, 2020
Verified Purchase
These glorious stories put the feminine voice front and center. It's a relief to read such powerful writing. I loved 'Pamela' Last Egg' and the others too. Thanks
Read more
Helpful
Report abuse

Darrylmfg
5.0 out of 5 stars Really interesting nice mix of stories
Reviewed in the United States on January 3, 2021
Verified Purchase
All the stories were really good. Pamela's last egg is really engaging and would be great for film. Slick River is entertaining and definately leaves you wanting more. Shout out to Sister Gun. I loved the mix of all kinds of different stories from different backgrounds - with a constant theme of strong women - well done anthology .
Read more
Helpful
Report abuse

Port
5.0 out of 5 stars Great Read
Reviewed in the United States on December 7, 2020
Verified Purchase
Good short short stories!
My daughter is one of the authors.
Read more
Helpful
Report abuse

Roderick J. Williams
4.0 out of 5 stars Impressive collection featuring strong female characters
Reviewed in the United States on December 30, 2020
This anthology is a timely and mostly well-written collection of short stories by female authors and providing a focus on female protagonists. Most of the storytellers are also credited with being screenwriters, and that shows in the writing, for better and occasionally for worse. On the positive side, the dialogue is brisk, often witty and true-to-life, and the plots develop at a fast pace. The protagonists are strong, insightful, and resourceful, running counter to old-fashioned "girly" stereotypes in a welcome manner. On the slightly minus side, some of the characters feel sketched-out rather than fully developed. And depending on the author at times the dialogue strikes false notes, or tries to be too clever or breezy, and the emotions described tend to feel inauthentic. One last minor quibble: some of the "stories" very much feel like excerpts from longer works-in-progress, and don't quite stand on their own as stories. However, "The Stories of She" is mostly a terrific read and worthy of an appreciative audience. Special shout-outs to my favorite tales: "Slick River," "Hypnotic," "Mellie's Mountain," "Do Your Karma," and "Taking Up Serpents."
Read more
Helpful
Report abuse

Clara Jane Sweet
5.0 out of 5 stars Gripping and Spellbinding!
Reviewed in the United States on November 24, 2020
These stories are different aspects of women's lives that are gripping and spellbinding. They rock with motion and courage and are filled with twists and turns. A must-read!
Read more
One person found this helpful
Helpful
Report abuse

Sophia C.
5.0 out of 5 stars Loved!!!
Reviewed in the United States on December 20, 2020
I really enjoyed this book. Every story from the first to the last held my interest and all of the characters were unique in some way. There are many different genres presented, thriller, horror, comedy, fantasy, to name a few, so everyone should be able to find something they enjoy in this anthology. I particularly liked that all of the stories were written by women about women, which is why I bought the book in the first place. This is a really quick read, I just wish the book had more stories in it.
Read more
Helpful
Report abuse
See all reviews
Back to top
Get to Know Us
Make Money with Us
Amazon Payment Products
Let Us Help You
EnglishChoose a language for shopping. United StatesChoose a country/region for shopping.
© 1996-2021, Amazon.com, Inc. or its affiliates