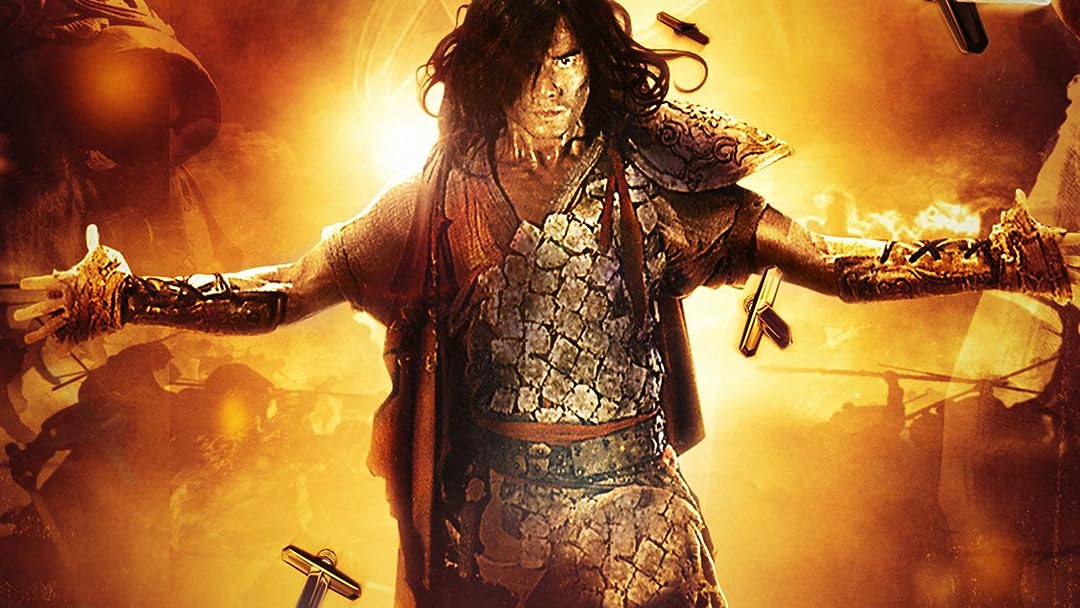 (303)
5.21 h 50 min2011X-RayPG-13
Based on the comic book series "Fung Wan" and directed by The Pang Brothers comes the incredible story of two friends, Wind and Cloud, who find themselves up against a very powerful warlord intending to invade their country. In order to protect their land these two friends seek the help of the all-powerful master. Through extensive training Wind and Cloud expose themselves to the "evil" ways to increase their powers of element. When the intensive battle begins their friendship will be tested when one finds it hard to be righteous and easy to be evil.

FBWReviewed in the United States on May 7, 2011
4.0 out of 5 stars
Awesomeness that needed more setup
Verified purchase
English Sub-Titles!!!! Not Dubbed!!! But, there's not a lot of dialog, so you might be able to handle it.

Wow! Great special effects. However, you need to be ready for the "thrown into the mix with little to no idea who's who" from the start of the movie. It really needed some setup but you can muscle through that in a matter of minutes. Now, it's your normal martial arts acting martial arts movie. So, no, there won't be a nomination for an Oscar any time in its future. But! it is awesome in the fight scenes category. For a little while I got the impression they were trying to make a Final Fantasy movie out of it, and could have easily if they wanted to.

It's a good kicka$$ movie that's quick (until the tragic lovers scenes, ughh we get it, move on already).

AlisaReviewed in the United States on March 23, 2012
5.0 out of 5 stars
When Tomb Raiders meets China
Verified purchase
This is like a Chinese version of Tomb Raiders. The special effects were amazing and I wish I could see this in 3D. The dialogue is at a minimum but enough to follow the plot. This helps when reading English subtitles by providing time to look up and enjoy the movie. The quest for the Dragon's Tomb and the supernatural results reminded me of Tomb Raiders. I've seen plenty of Asian movies with a mixture of martial arts and supernatural effects but Storm Warriors takes it to a Hollywood big box office level. A really amazing movie.

Seng VueReviewed in the United States on October 7, 2018
4.0 out of 5 stars
Put confirmation before purchasing the item and not just press buy
Verified purchase
I didn’t really pick this video, I left when I was searching other things as well but had to leave to the restroom and my little nephew came into my room accidentally pressed this video purchase instead. Of course I’ve seen it and liked it but I didn’t want to buy it. So sorry for purchasing it but cancelled it.

DeAngela FReviewed in the United States on August 11, 2020
5.0 out of 5 stars
Good Movie
Verified purchase
It was like watching Final fantasy dynasty warriors and 300 all in one. Very very good.

van nguyenReviewed in the United States on September 5, 2020
5.0 out of 5 stars
Storms warriors
Verified purchase
It’s very good movie and very entertaining thanks

macinyourfaceReviewed in the United States on September 6, 2012
4.0 out of 5 stars
Good movie to enjoy when in the mood for non-brain inducing thought
Verified purchase
This is a fun movie to break out some popcorn and sit back and enjoy the special effects and fighting. It is a basically a semi-sequel to The Storm Riders and anyone who haven't seen the The Storm Riders might be lost in knowing the main characters. However, the story arc is good enough to sit by itself for the most part.
2 people found this helpful

Bill NooneReviewed in the United States on January 24, 2020
1.0 out of 5 stars
Corrupt DVD
Verified purchase
DVD was corrupted, not viewable. Unfortunately, was not played until after the return deadline.

Roy ClarkReviewed in the United States on June 2, 2010
1.0 out of 5 stars
SIMPLY THE WORST MOVIE I HAVE EVER SEEN
Verified purchase
I liked the original STORM RIDERS; it is a classic. The implication of STORM WARRIORS is that it is a sequel. This exploitation has only the remotest connection to the original Storm Riders. Two characters are called 'Storm' and 'Cloud'. But every aspect of this chaotic, incoherent incomprehensible mess is wrong. The subtitles
are irritatingly obtuse, seem unplugged from the action which is just senseless, gratuitous violence anyway. The few CGI effects are slick, but hysterical and meaningless. Is there a plot? I couldn't find one. Nothing makes even remote sense.

I've even sent an angry email to the seller, who should have known the kind of frantic tripe this mess obviously is. There are two other reviews, both very brief. They each give five stars, which has me wondering if Amazon should exert control over reviews. I can't say these are shills; but something is very wrong.

At least I can now say I've seen the worst movie ever made. Small consolation.