You've subscribed to Storms in Amethir! We will preorder your items within 24 hours of when they become available. When new books are released, we'll charge your default payment method for the lowest price available during the pre-order period.
Update your device or payment method, cancel individual pre-orders or your subscription at
Your Memberships & Subscriptions
There was an error. We were unable to process your subscription due to an error. Please refresh and try again. 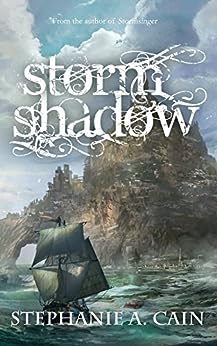 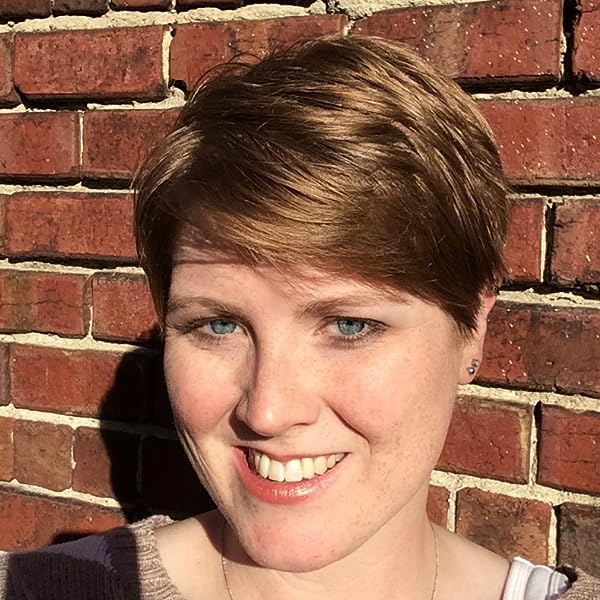 by Stephanie A. Cain (Author) Format: Kindle Edition
Book 2 of 4: Storms in Amethir
See all formats and editions
Sorry, there was a problem loading this page. Try again.
Read more Read less
Previous page
Next page

Stephanie A. Cain writes epic and urban fantasy for fun and a history blog for work. She lives in Indiana. She enjoys hiking, reading, singing, and general geekery. She has three cats, which she is well aware puts her firmly in crazy cat lady territory, and way more dice and painted miniatures than she needs.

"So at first, this is a tale of a princess doing her duty to her kingdom, marrying to seal an alliance and end a war....Add to this some political treachery from those who would profit by continued war, an assassin seeking to protect her autistic little brother, and and a front-row seat to the developing romance of an infamous lady privateer, and you have an idea of the places this could go."

-- Laura VanArendonk Baugh, author of Kitsune-Tsuki and Kitsune-Mochi --This text refers to the paperback edition.

Stephanie A. Cain grew up in Indiana, where much of her urban fantasy is set, but unfortunately has been unable to visit Amethir or Tamnen, where her epic fantasy novels are set.

She graduated from Purdue University with a Bachelor of Arts in History and Creative Writing, with a Medieval Studies minor. She has two-thirds of a Master of Library Science, but ran out of money and enthusiasm for grad school at about the same time. Despite this, her years of work in libraries were not wasted--besides having a lot of librarian friends (everyone should have at least one) she also spent a great deal of time hanging out in the stacks at 398.2, which gave rise to many of her urban fantasy stories.

She currently works at the General Lew Wallace Study & Museum, where she spends her time doing historical research, giving tours of a Victorian man-cave, and serving as a one-woman IT department.

A proud crazy cat lady, Stephanie is happily owned by Eowyn, Strider, and Eustace Clarence Scrubb. In her free time, she enjoys hiking (except for the spiders), bird-watching, visiting wineries, and collecting anything with owls on it. She likes to unwind by playing World of Warcraft and Skyrim. She enjoys organizing things, is overly fond of notebooks, and visits office supply stores for fun. She owns way more movie scores and fountain pens than she can actually afford.

4.4 out of 5 stars
4.4 out of 5
13 global ratings
How are ratings calculated?
To calculate the overall star rating and percentage breakdown by star, we don’t use a simple average. Instead, our system considers things like how recent a review is and if the reviewer bought the item on Amazon. It also analyzes reviews to verify trustworthiness.
Top reviews

Grant
5.0 out of 5 stars Well written
Reviewed in the United States on March 1, 2016
Verified Purchase
I thought this was a great addition to the first book in the series. It helped flesh out the characters more and by the end left me wanting to learn what was next for them. Orya was my favorite. She's dark, determined, and professional. At the same time she struggles with the flip side of each of those descriptors. There were hints at what happens in the end, but it was still a surprise, and an enjoyable one.
Read more
2 people found this helpful
Helpful
Report abuse

Phil
5.0 out of 5 stars A princess to admire
Reviewed in the United States on December 30, 2016
Verified Purchase
More twists and turns. Very interesting characters and I am looking forward to where the story goes.
Read more
One person found this helpful
Helpful
Report abuse

Tamyra Mattheu
5.0 out of 5 stars Great start for a great author!
Reviewed in the United States on July 12, 2014
Verified Purchase
I was excited to read this novel after enjoying her first novella, Stormsinger. The world she created is fun, interesting and believable. The characters fit nicely into this world, as well. I like the independence and vulnerability of the lead character, Azmei. As with any new world, there are new ideas and new terms introduced, but all are explained well enough to be understood. A great read that I highly recommend!
Read more
One person found this helpful
Helpful
Report abuse

Stormy Jai
5.0 out of 5 stars Raising the Stakes
Reviewed in the United States on June 14, 2014
Verified Purchase
I'm glad I read STORMSINGER first as the second book in the Storms in Amethir picks up where that story left off. We're reunited with our familiar characters and introduced to new friends/foes through an intricate, global conspiracy. An entertaining adventure that definitely earns a third book. I want to know what happens next!
Read more
One person found this helpful
Helpful
Report abuse

Marilyn Smith
VINE VOICE
5.0 out of 5 stars A great adventure
Reviewed in the United States on March 14, 2018
This was a great story addition after the first one. There are twists in this storyline and the old characters from before along with new ones make the story great. The descriptions make you see where and what they see. Can’t wait to see where it all ends!
Read more
One person found this helpful
Helpful
Report abuse

Ian McKinney
4.0 out of 5 stars Epic
Reviewed in the United States on July 22, 2014
Stormshadow feels like part one of an epic fantasy novel that will someday be ten times this long. (I'm aware that it's technically part 2, but to me, Stormsinger feels more like a prologue.) Stormshadow takes a little too long to reveal an actual conflict for something this short, but if you take it as the first part of a longer book, the pace is more reasonable - and that's how I think I will take it, because given the way publishing is changing, I think this is going to become more common.

I enjoyed the characters - even the villains, which is something I look for - and the plot. A map would help keep the setting names straight; perhaps a later installment (or an updated version) could include one. Looking forward to the continuation of the story.

Mrs. Bruce
3.0 out of 5 stars Not a lot of action, but an easy read
Reviewed in the United Kingdom on June 11, 2016
Verified Purchase
Princess Azmei is travelling by ship to a neutral country to meet her future husband,
Prince Vistaren, for the first time. Both of them are marrying to seal the peace treaty
between their two countries, though neither of them is really happy about it. She sees
it as her duty to her father and country and the Prince needs an heir.

There is an unknown enemy who wants to stop the wedding, and therefore the peace
treaty. Apart form the two assassination attempts on Azmei, there wasn't enough action
in the book for me.
There were discussions between Azmei and her faithful old handmaid about whether Vistaren
would make a kind husband; then after a lot of ceremony she finally gets to meet and talk to her
betrothed; she shops, she gossips with her new friend; she attends a banquet and a ball and finally
learns Vistaren's secret - which we know from the first book (Stormsinger). That book was so short it
should just have been tagged onto the start of this book.

There was mention of the stormwitches and stormsingers that were a tradition in Vistaren's country,
but no real magic or fantasy in the book. However this was an easy read. Sorry that I cannot be more
gushing about it, but I am sure some people will love the book.

C
5.0 out of 5 stars Highly recemmended
Reviewed in the United Kingdom on March 11, 2016
Verified Purchase
A great read. You learn about the world and the situation through the eyes of the characters (rather than pages of explanation). Reminiscent of Elizabeth Moon.
Read more
Report abuse

Steph
5.0 out of 5 stars Read this first!
Reviewed in Germany on July 1, 2016
Verified Purchase
Seriously, start with this book and not book 1 (that reads more as a prequel novella). After book 1 I probably wouldn't have read this if I hadn't already purchased it, but I had so I did and it was definitely worth it. The characters become real people and gain real depth. Ms. Cain allows her protagonist to be wrong and to be hurt, both of which really move the story forward.
Read more
Report abuse

4.0 out of 5 stars unfolding
Reviewed in Canada on August 4, 2016
Verified Purchase
The setting begins to develop more thsn in book one and a richly imagined world unfolds.
Read more
Report abuse
See all reviews
Back to top
Get to Know Us
Make Money with Us
Amazon Payment Products
Let Us Help You
EnglishChoose a language for shopping. United StatesChoose a country/region for shopping.
© 1996-2021, Amazon.com, Inc. or its affiliates