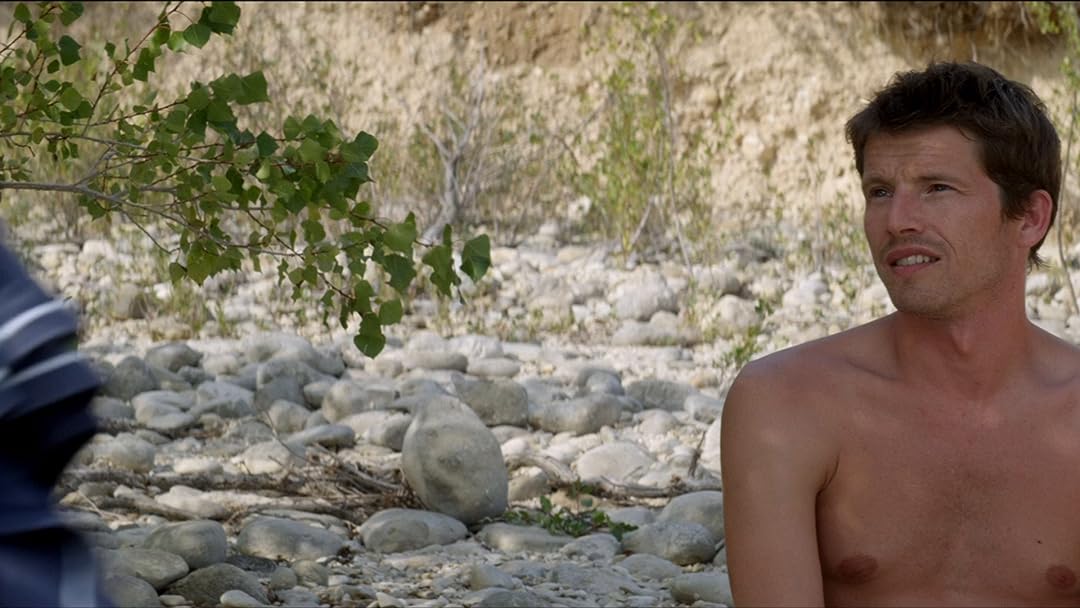 Stranger By The Lake (English Subtitled)

(587)
6.91 h 40 min201418+
One of the most critically acclaimed films of the year, STRANGER BY THE LAKE has been described as a modern-day Hitchcockian masterpiece. Franck who spends his summer visiting a cruising spot at a picturesque lake finds himself attracted to a handsome "stranger" known as Michel. When a body is discovered in the lake, Frank and Michel soon become primary suspects of the investigation.

S. WetzelReviewed in the United States on February 18, 2018
3.0 out of 5 stars
Decent little thriller, but maybe a little overhyped...
Verified purchase
Heard about this film and was intrigued by the premise, plus I like Hitchcockian-style thrillers. While I was indifferent to the explicit sex and nudity, and for all its hype, this is not porn: there is no actual anal penetration shown (though admittedly if the actors were actually engaged in real sex, it's still shot like a simulation), one shot of actual fellatio, and a brief shot (no pun intended) of an ejaculation. Being a French (European) film, there is copious amounts of full-frontal male nudity, but it's handled within the context of the story: young gay man hangs out at a beach on a mountain lake - a well-known (in the stort) hangout and cruising spot for gay men -- I'm assuming it's also a public park -- where he meets a handsome stranger who may or may not be a murderer. While hanging out, he and his various friends and acquaintances sunbathe and swim in the nude, though one character admits it's technically illegal, and there is apparently a more "family-friendly" beach on the other side of the lake where one man says you can meet women. Though of course, our protagonist here, named Franck, is definitely not interested in them. One thing I found did find interesting is the casual approach to the nudity - only the mysterious stranger, named Michel, is of the muscular, gym-rat type - the other men have normal, everyday flabby or scrawny bodies, which gives a realistic feel to the place. Had this been an American movie, all of the men would have been drop-dead handsome with washboard abs and bubble butts and "manscaped" body hair (if any), and porn-star sized penises. Even a gay indie movie would have casted them all as Adonises.

As always with a foreign-language film, the subtitles can be intrusive, and in English translation, the dialogue seems stilted and dry. Perhaps the director (who also wrote it) wanted it to sound like real conversation, but you don't really find too much out other than Franck is trying to be nice to a chubby divorcee, but always turns him down when asked out of a date. The object of his obsession, Michel, has no problem having sexual trysts with Franck in the woods (where a lot of anonymous gay sex is occurring), but turns down Franck's offers of a date or going back to his place. The impression I got was the stranger's character was closeted (perhaps even in a hetero relationship) and didn't want to expose his secrets. Over the course of the movie, one of Michel's ofrmer sex partners - who has a negative run-in with Franck early in the movie winds up dead - drowned in the lake. A police investigation ensues, and the detective questions the two but they lie and say they didn't really know the deceased. At this point, paranoia sets in for Franck who seems to question Michel's motives, But at the end, after a larger tragedy occurs, it is not clear who may have been the killer after all. Maybe I need to re-watch it again. It does look like one of those movies that you may learn more upon multiple viewings.

So, to summarize: a beautifully shot erotic thriller, but one that falls short from it's inherent plotline. Interestingly, the director/write never leaves the lake to show the characters at "home." Each new day at the beach on the lake opens with a shot of Franck driving his car into the parking area and walking to the lake. The only thing that changes are clothing and the dwindling number of guys going to the lake (not being killed off, but probably scared off/turned off by the idea that someone died). Take away the gay sex and nudity, it's essentially a short narrative film about the dangers of cruising for sex and meeting strangers for one-night (or one-day) stands. At least the plot is linear, unlike say the recent "Ghost Story" film or the classic "Rashomon."

Douglas Russell BlackReviewed in the United States on March 21, 2021
5.0 out of 5 stars
A French Horror - Vive La France!
Verified purchase
This unique erotic horror is in French with English subtitles. French is a very sexy language and I don't think the film would be the same without it's flowing beauty. Parts of the film are pornographic but that adds to the absolute terror in this work of art. The realism is stark and unsettling. The screenplay and photography are superb, the directing and acting top notch. The beauty of the lake and woods is a macabre contrast to events in the film. There is a good deal of psychopathology very deftly portrayed in the three main characters. Our protagonist is unable to resist a real thrill. He lusts for danger. Alfred Hitchcock, you ain't seen nothing yet!

Russell SReviewed in the United States on December 17, 2020
3.0 out of 5 stars
HUh?
Verified purchase
A cruising spot in the countryside of France sets the scene for desire and murder. Franck, a regular at the lake, meets the handsome Michel and soon falls in love with the mysterious stranger. When a body is discovered in the lake, Franck and Michel soon become primary suspects of the investigation. Franck witnessed the murder and knows who did it. This French film takes place entirely at this lake. We find that Franck is covering for the murderer and i truly ;did hate the end of this movie. It left me with a HUH? in my heart. The dialog is odd and so are the relationships. Franck meets and maintains a friendship with an older man and we don't know why. The DVD cover says it is critically acclaimed, I ask, by whom?

JonReviewed in the United States on June 28, 2020
4.0 out of 5 stars
good Weekend Film
Verified purchase
I rented this film since my husband was out of town and he can't stand watching films with sub-titles. Reading the sub-titles can be a bit distracting but the actors make the film worth watching. The plot is good and you really start to care about the characters. I think the film could do with a bit less swimming and give that time to make the ending a bit more. For those of you in the US - Siluruses are large catfish. I just saved you from having to google that during the movie.

SusanniReviewed in the United States on November 18, 2016
4.0 out of 5 stars
Gay Hitchcockian Thriller!
Verified purchase
Good look at an aspect of the gay subculture that, even in the internet age, is rarely visible to the "outside world." An isolated, gay "cruising spot" in the middle of nowhere is the perfect location for a murder at twilight - especially when the only witness is nearly "dying" for a hot fling with the sexy murderer - who looks like Tom Selleck did in 1980. Truly graphic sex scenes make this film unacceptable for film classes. Nevertheless, the thrills are genuinely Hitchcockian (even if the accent is on the second syllable!). Even if you don't speak French, you might not even notice the English subtitles!
9 people found this helpful

JenniferReviewed in the United States on February 6, 2020
3.0 out of 5 stars
Franck is a slave to his sex drive
Verified purchase
I can’t decide whether I like this film or not. Thought provoking....like, is cruising in the woods a French thing or is it done everywhere? I saw another French film - See the Sea - where the female lead goes into the woods where people are having sex.
A whole lot of male frontal nudity, always a good thing.
See all reviews
Back to top
Get to Know Us
Make Money with Us
Amazon Payment Products
Let Us Help You
EnglishChoose a language for shopping. United StatesChoose a country/region for shopping.
© 1996-2021, Amazon.com, Inc. or its affiliates