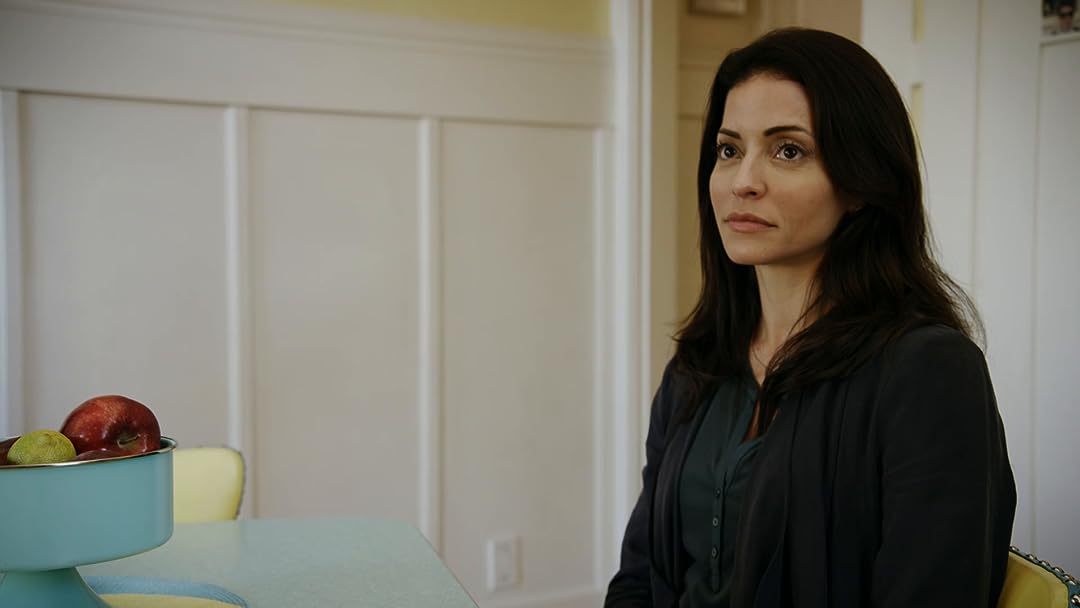 Stranger in the House

(22)
5.31 h 27 min2016X-RayPG-13
Upon returning from her honeymoon, Jade discovers that the caregiver she hired to look after her recently widowed father has seduced him into marriage and has the run of the home.

rotrohaReviewed in the United States on February 7, 2022
1.0 out of 5 stars
We've seen it all before
Verified purchase
Bad acting and a plot that's been done over and over and over. I'm shocked that anyone was surprised by the supposed "twists and turns." This movie was so predictable, I had it figured out within the first 20 minutes. And another reviewer hit the nail on the head...a stepdaughter doesn't inherit from her stepmother. Who writes and produces this junk?

A. JohnsonReviewed in the United States on February 24, 2022
3.0 out of 5 stars
It was ok
Verified purchase
Ummmmm the acting wasn't that good. I figured the killer out pretty early on. To me it was obvious. I mean it's pretty much your standard lifetime movie. I wasnt expecting alot from the movie, so I wasnt disappointed. It did what I needed it to do. Pass the time by

EllehcimReviewed in the United States on March 26, 2022
5.0 out of 5 stars
Murder Mystery almost a cozy mystery like I enjoy
Verified purchase
I know who the possible murderers are, especially when there aren't many characters. However, I enjoy trying not to guess and just watching the story play out. I liked this movie.

ShadozaReviewed in the United States on April 29, 2022
2.0 out of 5 stars
Poorly done; not worth purchasing
Verified purchase
The dialogue was not well done. The plot carried too many holes in time transitions. The climax was predictable, the ending less than satisfying.

D'AnemoneReviewed in the United States on February 5, 2022
1.0 out of 5 stars
Silly Movie
Verified purchase
A daughter does not inherit from her step-mother. Just a silly plot and movie.

CelesteReviewed in the United States on February 18, 2022
2.0 out of 5 stars
Acting is OK for a B
Verified purchase
giving it a 2 because.. so predictable.. way too predictable..

James N SimpsonReviewed in the United States on August 16, 2017
2.0 out of 5 stars
Spoilt Daughter Is Shocked When She Abandons Her Wealthy Wheelchair Bound Father to a Carer and Returns to Find He's Married Her
2016's Stranger in the House is a made originally for TV movie has a spoilt rich daughter who has married a man who her wealthy father doesn't think much of. The daughter and her husband are living in her father's mansion while they are building their own dream mansion. She isn't bothered by the fact a lot of investors took her father to court over a failed investment which they labelled a ponzi scheme or that the public only thinks it was due to his expensive lawyers that he was exonerated and didn't go to jail. The father however is now in a wheelchair from an accident that killed his wife, and the daughter wants to go on her expensive lengthy honeymoon which was postponed. Her father sees it as if she wants to live in his home she should be taking care of him, but she hires a carer to do that instead so she can have her honeymoon and pretty much gets in a limo with her husband and drives off with him in his chair out front of the mansion with the carer beside him. When she returns her father and the carer announce they got married while they were gone. This of course infuriates the daughter who sees her inheritance going to this what she labels gold digger. Her husband and everyone else seem to accept the situation but the daughter contacts the family's lawyer and is somehow surprised when her mansion's construction is delayed that her father and his new wife say no to extending her stay in their house. She and her husband will now have to slum it in a five star hotel and she's not happy. Then she learns her father has had an accident. She believes his new wife must be responsible and isn't holding back in telling everyone she meets and pressuring a local cop to "do something about this". She's even more infuriated when she learns, her father changed his will to leave her nothing except her mother's jewelry. She wants justice!

The movie like most made for TV movies, if pretty low budget, the acting isn't the best, and the writing makes the movie very predictable. There's some ridiculous unrealistic stuff in this one though such as spoiler - The daughter becomes the suspect in a crime that happens after the opening spiel above, the same police officer she was hassling the whole movie before that tells her he can't talk to her since he's a witness for the prosecution, then minutes later gets in a car with her and goes to a clue he let her know about involving a possible alternative to her doing the crime.

The Movie GuyReviewed in the United States on October 12, 2016
2.0 out of 5 stars
THAT'S MY FAMILY'S HOUSE
This review is for the 2016 Lifetime made-for-TV film and not the older superior movie by the same name that Amazon has lumped together in the reviews.

Wayne (John Novak) is a acquitted Ponzi scheme operator who is in a wheel chair due to a car accident which killed his wife. His daughter Jade (Emmanuelle Vaugier) is going on her honeymoon and has hired Samantha (Jordana Largy) to be a caretaker. Now we know one of 2 things are going to happen. Samantha is either going to kill Wayne because she lost money or marry him. Since this is a Lifetime film...they decided to use both options and then give us the expected twist.

Lifetime has their fans and I am sure this installment will have a loyal following. I found things to be too predictable once they exercised the double option. The acting and soundtrack I didn't find overly appealing either.