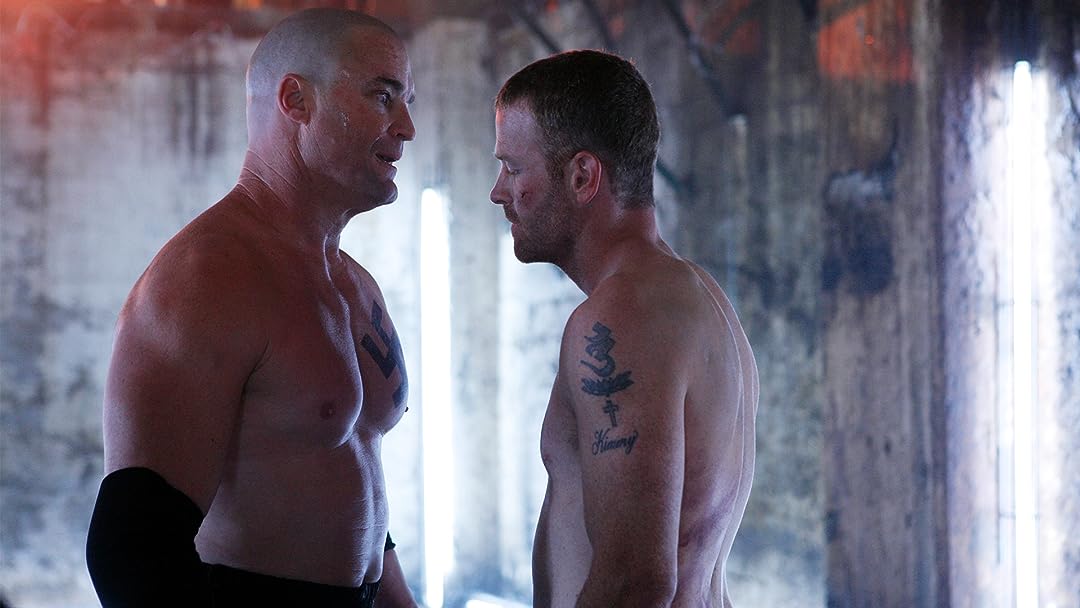 (17)1 h 27 min2008R
War vet Jack Campbell returns to his hometown to find it a capital of corruption. The main attraction is the Gauntlet, a fight club, which has already counted Jack's brother among its casualties. Jack wants revenge-and the plan begins in the Gauntlet.

Dr. DoneReviewed in the United States on September 7, 2021
5.0 out of 5 stars
Great feel good movie
Verified purchase
Not a bad choice for the free stuff you can get with Amazon prime. Love the actor from the Unit. It's the same ole fight story that you always see, but was still good to pass the time.

Amazon CustomerReviewed in the United States on August 30, 2018
4.0 out of 5 stars
I think it was a good movie
Verified purchase
I enjoyed this movie, lots of action,(kinda bloody) getting the right things done for the right reasons. I've seen Max in several things, I like him and I think he's under rated as an actor.

XKALReviewed in the United States on April 14, 2009
5.0 out of 5 stars
Great Action... Great Fights... Beautiful Women...
Verified purchase
The "Street Warrior" is Jack Campbell, played by Max Martini, an
ex-army ranger, who comes back home to discover his brother beaten near
death because of an underground no holds barred fight club. He enters
the gauntlet to avenge his brother and bring order to the town that has
been corrupted by the ring leader, played by Nick Chinlund.

"Street Warrior" supplies us with tons of great action fight scenes
that are at times vicious. Various styles of fight techniques are
used... martial arts, boxing, wrestling, street brawling, luchador, and
lots of cheat moves. What more can you ask from a fight movie? Well,
how about some beautiful women? Street Warrior has lots of great eye
candy as well to keep your interest piqued between the fists and blood.

The acting is very good and believable by the entire cast. Props to Max
Martini and Nick Chinlund on their performance, but also to the
characters of Baldus, played by Gary Kasper, the evil white supremacist
Nazi fighter who entices the rabid paying audience by yelling "Hate
Me!", and the character of Santo, played by Danny Arroyo, the luchador
fighter who befriends Campbell and is forced to fight in order to save
his wife and children.

Fighting, sex, blood, dancing women and great action... What more can
you ask from a fight movie? "Street Warrior" is well worth the rental or purchase.

Michelle CageReviewed in the United States on May 21, 2014
5.0 out of 5 stars
good movie
Verified purchase
I thought this particular movie was really good. Max Martini was really great in this and the fight avenges were awesome.
One person found this helpful

AraknophylReviewed in the United States on June 28, 2018
5.0 out of 5 stars
worth watching!
Verified purchase
Worth watching. Max Martini is good.

stoneylocReviewed in the United States on July 30, 2013
5.0 out of 5 stars
street warrior
Verified purchase
this movie was a good movie its about a man that gets out of the military to defend his brothers honor and gets mixed up in illegal underground fighting. was not a bad movie I liked it in my opion considering its an older film.

scottReviewed in the United States on July 6, 2013
3.0 out of 5 stars
good action movie
Verified purchase
this had a lot of action some the story drags along at times but then pick up but it is not bad
2 people found this helpful

Also, there’s no way the 5-Star reviews of this film were left by real people that actually liked this dumpster fire. Someone directly involved with this film made those or had them made. No question.
3 people found this helpful
See all reviews
Back to top
Get to Know Us
Make Money with Us
Amazon Payment Products
Let Us Help You
EnglishChoose a language for shopping. United StatesChoose a country/region for shopping.
© 1996-2021, Amazon.com, Inc. or its affiliates