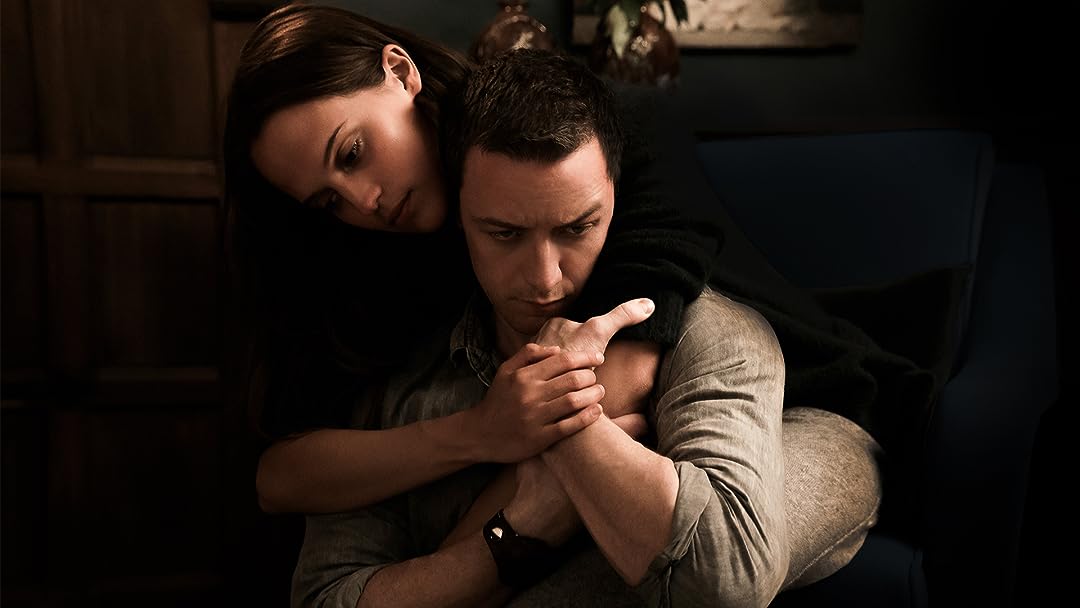 (228)
5.41 h 51 min201816+
James (James McAvoy) is a British agent and Danny (Alicia Vikander) is a scientist working on a deep-sea diving project. A wild love affair develops even though their jobs, and their individual dangerous missions, are destined to separate them.

MBx_ProReviewerReviewed in the United States on February 17, 2020
2.0 out of 5 stars
Ending Was Ruined
Verified purchase
Ok, I watch A LOT of movies and TV. I also give a lot of reviews on products and movies. One thing I warn consumers about are reviews. Reviews are very personal. Never trust one too much. Especially movie.critics who think they are gods over determining which movies are good, bad or ok.
With that said, this movie, Submergence, had so much potential. The ending could have been magnificent, but it was not. It leaves you feeling helpless and curious.
This.could have been so, so good...but it the story-writer got too deep minded and ruined it.
The acting was superb in my opinion. Alicia and James are both top-notch and very believable. I was convinced of James after watching "Split".
Anyway, the movie keeps you guessing what, why and how. It's hard to figure out what the point is. The plot is mainly a love-story where two people with extremely high pressure and vitally important roles...become faced with major dilemmas in their own right. Completely different industries and types of work, yet they are both imprisoned by their surrounding work duties. He is an MI6 agent undercover while she is an ocean biographer of sorts. I'm not even sure I'd recommend it bc of the sad, empty, curious ending that leaves you unfinished in thought.

F. ThysReviewed in the United States on July 16, 2020
5.0 out of 5 stars
A masterpiece
Verified purchase
As with all Wim Wenders movies, I came away thinking I have seen one of the greatest films ever made. It's unsettling because the end is unresolved. A deeply philopsophical film. like all Wenders's films. It's the story of a biologist who studies sulphur-based life at the bottom of the ocean who falls in love with a British agent. She wants to persuade the world that life began at the bottom of the ocean, and warn the world that life is precarious. He wants her to understand why the West and Islamic fundamentalism cannot understand one another, and how important it is that they do. They go deep into their work on separate journeys facing death, wanting to be together again. Like all Wim Wenders films, it is deep and ambiguous and rewards you if let it sweep you away.
14 people found this helpful

Lady SorchaReviewed in the United States on October 6, 2020
1.0 out of 5 stars
Watching paint dry is a better use of your time than this movie
Verified purchase
I really like both James MacAvoy and Alicia Vikander, I've seen and enjoyed loads of films with the both of them. So when I noticed this on Prime, I thought, "Oh, cool!"

The most important element in a romantic film is chemistry between the two leads. There was NONE with this couple. None. They look at each other with the bland, pained expressions of two people who've eaten a bad clam, and really, really want to retreat to the restroom. Separately. Maybe it's because these two talented actors are lumbered with some of THE WORST dialogue I've heard since "The Fountain:" New age-y, faux philosophical blah-blah, weirdly mixed with made up scientific obscurities, intended to make the audience gasp at the lovers' profundity. Or laugh.

Even their "love scenes" contain some of the clunkiest choreography I've ever seen - further reinforcing the ZERO chemistry between our hero and heroine (or, the two actors). We don't even believe their kisses. So sad.

Soon, our lovers are arbitrarily forced to go their separate ways, as set up in the opening 5 minutes of the film. At this point, we're watching two individual films, and every single element jumps the shark. We still *sort of* hope these two might wind up seeing each other again, even though I don't think the audience really cares anymore.

To summarize - the only two elements of this dreadful waste of my time that I liked:

1) The wickedly luxurious beach hotel on the North coast of France where they meet. Wow. What a place! if I ever win Powerball, I'll book this joint up for a vacay.

2) The cool, flashy BlueTooth radio/speaker that Alicia's character listens to in several scenes. I would totally buy that, if I knew what brand it was.

ReviewReviewed in the United States on August 24, 2020
1.0 out of 5 stars
A Flawed Story That Is Much Ado About Nothing Everybody Doesn't Already Know
Verified purchase
A film adaptation of Scottish author J.M. Ledgard's novel, Submergence is a kind of story that I imagine couldn't have worked very well in print form as a story, but directed by Win Wenders definitely becomes a difficult prospect to endure. Yes, there are philosophical ideas here that revolve around Legard's universal concerns about the human species and planet earth, but the crux of these ideas are easily expressed in a short paragraph as they regularly are. This film is much ado about nothing everybody doesn't already know. The fact that James McAvoy and Alicia Vikander portray the lead roles in this film is insufficient to overcome the numerous flaws in the story's structure in both novel and this film adaptation. Two stories in one could succeed in the hands of a capable author and director, but not in this case.
12 people found this helpful

Amazon CustomerReviewed in the United States on August 28, 2020
3.0 out of 5 stars
Ending is wrong and spoiler alert
Verified purchase
I dig Vikander, great actor. All the other actors were also very good. Basically a love story however the plot takes us to predictable villain scenario's. It used to be the U.S.S.R. and now it's those evil Muslims and their terrorist plots which of course aren't the real Muslims, just like the fundamentalist Christians aren't the real Christians. Anyway one thing I did appreciate about it is how quiet a film it is. Of course there had to be a couple of gratuitous shots of Vikander in her undies, but you know, she's fun to look at. Okay, to me the ending is what I would have written differently if I were the writer -- SPOILER ALERT -- I would have written it as an irony where Vikander's character is killed in the sub and he finally escapes to come home only to find his one true love crushed by the mighty sea she so dearly loved. Okay, that's all from here. Worth a watch, but don't expect too much.
6 people found this helpful

I Love Books!!Reviewed in the United States on November 21, 2018
3.0 out of 5 stars
Could have been the best.
Verified purchase
Ahhh! The irresistible "lure" of the ego upon the minds of Producers. That ending.......was some sort creative attempt of the Producer to express his "art". We , the public, if we want art there are always museums. When we go to see movies, we want to be "entertained" and to lose ourselves in pleasure. An uneventful ending sort of reminds us of a booorrrring work week. Hmm........

Perhaps, Producers can come up with creative ways to give the public what the public wants while keeping their own "art" expression.
10 people found this helpful

milaReviewed in the United States on August 31, 2018
5.0 out of 5 stars
Best movie of this decade!
Verified purchase
It is intelligent, well performed, directed by a superb MASTER of cinema. The movie touches the heart of our existence today. Do not miss it. It is very moving. I love nature, space - everything you will see on the screen. It has intelligent dialogue, relationship worthy of having and cultivating... I will travel just to see those gorgeous places and reflect on the issues of our existence or rather co-existence... Great movie.
12 people found this helpful
See all reviews
Back to top
Get to Know Us
Make Money with Us
Amazon Payment Products
Let Us Help You
EnglishChoose a language for shopping. United StatesChoose a country/region for shopping.
© 1996-2022, Amazon.com, Inc. or its affiliates